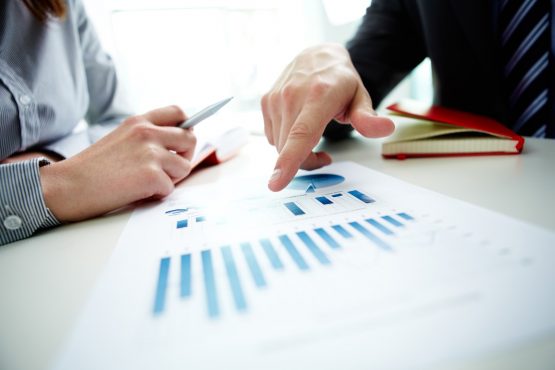 One thing that is clear from the JSE's performance last year is that timing the market is exceedingly difficult, writes Cairns. Picture: Shutterstock

By the start of 2017, many local investors had given up on the JSE. Not only had the market been through two-and-a-half years of very weak performance, but political uncertainty and the poor state of the local economy led many to believe that they were better off holding cash.

For the first six months of the year, they would have been right. What followed, however, was a market rally that saw the FTSE/JSE All Share Index end the year 21% higher than where it started.

As the table below shows, local equity finished the year as the top-performing asset class for South African investors in rand terms. Local property also had another strong year.

There are two key lessons for investors in this. The first is how difficult it is to time the market.

There was little, if anything, to suggest that the JSE would perform the way it did from the middle of June to the end of December. There were no market commentators suggesting that this was the time to be piling into South African stocks.

The rally was sudden and unexpected, but it was also significant. The gains were so strong that despite the poor returns of 2015 and 2016, the All Share Index delivered a three-year annualised return of 9.3% to the end of 2017. That is still below its longer-term average, but nevertheless 4% above inflation, and much better than anyone would have seen in a portfolio of only bonds or cash over that period.

Any investor who was sitting with their money in the bank would have missed this six month rally entirely, and they would be far worse off for it. This highlights how important it is to remain invested if you are looking to meet long-term goals.

Global property is an excellent example. For the first three years of the period it delivered excellent returns and was the best-performing asset class in both 2014 and 2015. For the two subsequent years, however, returns from global property have been negative.

Conversely, local bonds would have been the worst asset class to be invested in between 2013 and 2015. Yet it topped the list in 2016.

It is clearly no use trying to predict how an asset class will perform based on its returns from the previous year. Even within an asset class, there is huge variability.

As the table below demonstrates, even JSE sectors do not perform in a regular pattern from one year to the next. In 2016, the Top 40 underperformed all the other major indices. Last year, it was the top performer.

The variability of mid- and small-cap performance is also obvious. From outperforming the Top 40 significantly in 2014, they delivered negative returns in 2015, then outperformed again in 2016, only to fall back again last year.

This also has a significant impact on fund selection. Many investors tend to chase performance by investing in last year’s top-performing funds, but what happened in 2017 shows clearly how returns vary from one year to the next.

The table below shows the top ten funds from 2016 and how they subsequently performed in 2017:

In 2016 all ten of these funds substantially outperformed the market. Last year only two managed to repeat that feat.

Generally the resource funds had a fair year, but all three of the value funds that did so well in 2016 had very poor years in 2017. That is the nature of the style, and investors who understand this may be comfortable staying invested over the long term.

For anyone who is investing just because the last year was so good, however, 2017 would have unquestionably seen them taking all their money out again and putting it somewhere else. They would have effectively bought high and sold low, locking in that loss, severely damaging their long-term investment performance.

A cursory look at the table suggests that anyone who followed MH & moi’s suggestion to get yr money offshore into real stocks like Google, Amazon etc would have been adequately rewarded. Most of my stocks were up 50% excluding of course my biotech that was up 400%. I’m not gloating (as many no doubt consider). I’m here to help. After the disaster that befell SNH & the REIT’s would think that help would be welcomed! Maybe in another life!

Wrong. You are gloating.

Yeah I made 100% growth on my BTC sale. But I am a bit sceptical about BTC for 2018. Usually when shares have a high growth the year before the next year there is always low growth.

Bitcoin is not an asset class. But even if it were, the focus of the article was to make the point that what happened last year is no indication of what will happen this year.

Good to see Robert back! This time last year my financial advisor suggested I sell my S A shares, take my money off shore and invest in stocks in the U S A and Europe.I didn’t. Despite what Robert says– I am happy with my strategy.

Didn’t the increase in the JSE coincide with a streghthening of the ZAR despite the predictions of the analysts and other experts who were trying to talk it down.I was always under the impression from the talking heads on BDTV and CNBC Africa that a weak rand was good for the JSE!

…I can’t help to notice the writer (Patrick) last sentence. It reminds me an investment advisor who told me “a bad call or misjudged investment becomes an unintentional long-term investment” 😉

Many financial gurus also said one cannot accurately call “sector bets” by buying low. They also say “the TIME in the market” is most important. Partially true…as they are uncertain themselves. The term “diversification” is thrown around…is saying “dont do sector best/play it safe / invest all over the show”…because experts themselves have little certainty. Personally have bought Coro Resources when it was a much unloved sector (around the time of Marikana/2015)…”buying on fear”. Took a small amount of drop initially, but have been well rewarded in 2016 & 17 (thanks also to drop in ZAR…as it was R10,5/$ when I invested). Took profit last week.

While not an exact science, all sectors and asset classes moves in cycles. One cannot predict the length of any cycle, but it helps to buy near the lows & sell near the highs.

Keep in mind CGT tax (R40,000 annual exemption per indiv.) it’s not worth the tax-liability on CGT gains to keep Unit Trust (or ETF) invested for too many years in a row…good strategy to take profit (using your annual R40K CGT threshold) and re-invest again. SARS makes effectively little provision for annual inflation on CGT-calcs. Hence best to make use of annual exemption…while it’s still there (who knows what CGT tax rules we may sit from 2018 Budget speech?)

That’s why rental property is a terrible CGT asset (…accepted, it’s a great retirement inflation hedge / income stream)…but please don’t sell it if you kept a property for decades(rather keep it / continue rent out), as a home bought in say 2010 for say R1m back then (…but assuming R1,8m in today’s money terms), and you sell today for R2mil…you’ll be taxed on a full R1mil difference (in face value), where in fact the “real” gain was only R200K in said example.

Yes, do calculated ‘sector bets’ on one’s unit trusts and other discretionary investments. Use the CGT exemption each year. Rather shave off profits over time, than sit with one big CGT-event in a certain future year.

Looks like Global Property funds / Global Bond funds are another “unloved” asset classes…and while the ZAR is stronger, is quite tempting. (…versus uncertain for how long global equities will keep rising in 2018 until running out steam. It will be like “buying on greed”).

Good piece MichaelfromKlerksdorp. I have a slightly different take though on rental property as an investment asset class (bricks & mortar).

The intro-and-just-above-intro housing rental sector return is abysmal, has been for a number of years now. Selling price increments have not performed either and ever increasing additional servicing and operating expenditures keep boarding.

These factors turned this once lucrative asset class into a risky significant liability. Potential investors are declining as selling prices afford ever higher diminishing returns. Existing investors are weighing up options, even those of us who acquired property pre the recent boom (10-15 years ago) find rental demand conditions more and more challenging every year. These aspects have scaled the market primarily to first-time home buyers and the like.

I am therefore of the opinion in light of these considerations there are healthier investment opportunities in the market offering better returns with far greater liquidity, less risk and continued improvement long-term. With every investment class, there’s a time to enter and a time to exit. That time for this particular segment has arrived.