For the tens of thousands of South Africans working abroad who don’t know where they’ll end up, there’s a pension solution you can take with you.
By Ciaran Ryan 26 Oct 2021  00:05 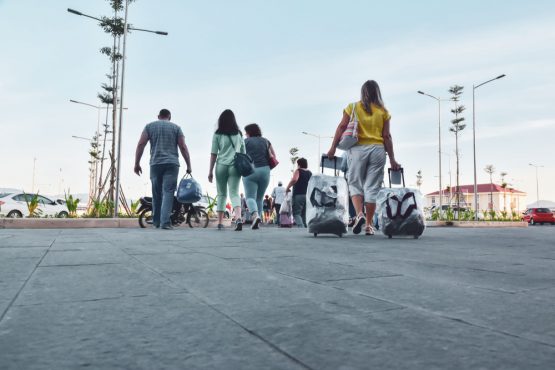 Sable Wealth MD Mike Abbott says South Africans have been phoning the company non-stop looking to emigrate, following the July riots that devastated so much of KwaZulu-Natal and Gauteng.

“The rate of inquiries has been intense for the last five years, particularly during the Jacob Zuma presidency, but there’s been a noticeable increase in people looking to emigrate since the July riots – and this is coming from all segments of the population,” he says.

Some plan to emigrate once they retire, but even if that is four or five years away, the time to start planning is now.

There are several crucial decisions to make, such as whether to sell your primary SA residence before or after you emigrate. That depends on several factors, such as the country you plan to settle in, says Abbott.

One of the drawbacks faced by South Africans emigrating after years of accumulating pension savings is the inability to withdraw or transfer those savings to other countries. “A UK pension, for example, can be transferred to a European country or to the US or to Australia. That doesn’t happen in South Africa,” says Abbott. “The pension law doesn’t allow for it. So, you’ve got a situation there where that pension has to remain in South Africa until you are 55 and then you can transfer it to a living annuity.

“Alternatively, you can withdraw your pension savings, but you will undo all the tax benefits you’ve accumulated, such as the income tax relief and the tax-free growth, and that’s not particularly desirable.”

Sable International provides the investment portfolios for the Rock Legacy International Pension Plan. Legacy is a simple-to-access offshore pension solution for South African tax residents who have offshore income which, under the recent changes to Section 10 of the tax act, is now taxable in South Africa.

Legacy gives such ‘offshore employees’ an opportunity to save into an offshore pension investing in foreign currency portfolios, and have those contributions be deductible for tax in South Africa, There’s nothing unusual or particularly tax aggressive about this. It is literally creating a pension solution that most employees have, but international workers don’t, adds Abbott.

There are tens of thousands of South Africans working abroad as pilots, divers or cruise ship deck hands who are unable to enjoy the benefits of pension savings that employees based in SA do. The Rock Legacy pension solution gives them the chance to accumulate pension savings that will follow them anywhere in the world.

The Rock Legacy International Pension Plan meets a few other objectives as well: if the individual ever decides to permanently leave SA, they will have a product which is both a trust and a pension.

“So, depending on the jurisdiction they go to, they’ve got a number of different options in terms of how that’s treated for the country they end up in. We find that this solution really meets the needs of someone who’s young, working abroad, but doesn’t know where they’re going to end up settling. It fits very well from that perspective,” says Abbott.

The spectre of Regulation 28

SA-based pension schemes will become less attractive due to the spectre of prescribed assets and Regulation 28 in South Africa. Regulation 28 is a retirement fund guideline that defines the percentage of capital that can be invested in various asset classes such as equity, property, bonds and cash. It currently imposes a limit of 25% of savings in property, 30% in offshore assets and 75% in equities. Proposed changes to these limits would see larger allocations for alternative asset classes such as private equity, which would increase from 10% to 15%, and up to 45% for infrastructure (with 25% in a single entity). Abbott says this increases pension schemes’ risks and could be a precursor to the reintroduction of prescribed assets – where fund managers will be obliged to invest in asset classes of government’s choosing.

Says Abbott: “For someone with an international outlook, who thinks they may spend the latter part of their life somewhere else, having a pension that’s invested along Regulation 28 is not really that appropriate. So, a more international pension solution makes a lot of sense for a whole lot of different reasons for someone like that.”

The Rock Legacy solution accommodates investment solutions that can be selected directly by the client, based on their risk profile and investment time horizon. “Those solutions have got no home bias to any particular country. So, they’re completely global and they’re very diversified. Because we’ve got access to UK, European, US and global funds, we can select the cheapest funds from the biggest fund managers in the world. So, we’re not restricted like South African-based investors are in terms of their investment choice.”

The importance of keeping good records in offshore trusts

Offshore trusts can be important in building inter-generational wealth, and record-keeping within the trust can be a relatively simple affair for a South African trust when the beneficiaries have never left SA.

Complications arise when the trust is offshore and beneficiaries are spread all over the world and the trust starts making distributions. At that point, the record-keeping of the trust becomes absolutely crucial. Financial planners often end up with clients who have legacy trustees in different jurisdictions, and in different trustee companies.

“Management of trust accounts and trust companies is something Rock Legacy specialises in, and you have to have excellent record-keeping to make sound financial decisions going forward, so this is another reason we were attracted to Rock Legacy,” says Abbott.

Easy to sign up and get the tax benefits

“The great thing about the Rock Legacy Pension Plan is that it is easy for the client to sign up; they can self-select the building blocks, start making the contributions, and get the tax benefits quite quickly,” he says.

Until recently, South Africans have been able to claim exemption from income tax if they worked more than 183 days outside the country in any year, with at least 60 continuous days outside SA.

From March 1, 2020, any foreign employment income earned over and above R1.25 million will be taxed in South Africa, applying the normal tax tables for that particular year of assessment. This exposes South Africans who are ordinarily resident in South Africa to high levels of taxation and a sub-optimal financial planning position. If they are planning to emigrate they sorely need a method to reduce their SA tax bill while keeping funds offshore in an international pension plan.

That problem has now been solved with the pension plan that can follow you around the world.