An offshore ETF with residential attached

For investors wanting to participate in the global property market, the key word is residential.
12 Feb 2015  16:36

MARC ASHTON: Welcome to the Moneyweb Offshore Investing podcast, today I’m joined in studio by Simon Brown from JustOneLap. Simon, thanks for joining us

MARC ASHTON: Simon, today we’re talking offshore property, we’ve got the spectre of rising interest rates across the board, is property an attractive asset to be looking at globally?

SIMON BROWN: I’m going to answer it in two halves to that question, rising interest rates, which I don’t think we’re going to see in North America or Western Europe this year because Demark has just gone negative, Switzerland is more negative, I don’t think we’re going to see it. But let’s say I’m wrong and the point is if it’s not this year it’s next year or the year after. Interest rates cannot go lower, well, they have gone negative but they’re going up next but it’s going to go so small, what’s the US at the moment, you’re borrowing money to buy a house at 1.5%, it might go to 1.6% or 1.8% or something. It’s a big jump in percentage terms but money out of pocket is not going to significantly hurt, so I’m not overly stressed by that part, the interest rates don’t bother me. What we have seen globally is huge moves in property because of the low interest rates, we’ve seen it locally, we’ve seen it across the world, which means in terms of their net asset values and the like, certainly property stocks are higher than they’ve traditionally been, certainly in South Africa, the US ditto. What we’ve got though is because they’re property stocks they have a real underpinning, they’ve got physical buildings. Whereas if you go and buy an oil and gas company or whatever it is that net asset value, the proper tangible net asset value is 10%, 30%, maybe 50% of the share price, here they are 60%, 70%, 80% of the share price, so typically less volatile and good yields.

SIMON BROWN: I think so, I think it’s a great point, well, we haven’t had the inflation yet, which Greenspan warned of back in 2008. But you’re right, so why does inflation work in it? Well, two things, the value of the assets go up with inflation, the buildings that they physically own and the second part is particularly in industrial, commercial and the like, what you see is leases are linked to inflation, annual escalation every year and sometimes they go up 6% but usually the increase is linked to the inflation rate, so as inflation goes higher what you’re actually seeing is better yields coming through from those property stocks, so they are a hedge against inflation. So the rising interest rates might take some of the shine off the stocks but with rising interest rates you’re probably seeing inflation, so that gives a bit of shine, so almost it’s net-net neutral.

MARC ASHTON: Talking to analysts you get the sense that they don’t believe that the local listed property returns will continue. Over the last five to ten years you’ve been able to bank 15% to 20% almost without blinking, it’s just been a one-way bet for them and they’ve been assisted by great distribution yields, the tone seems to be let’s look at offshore investing for a destination for property, do you share that sentiment?

SIMON BROWN: I do and I’m one of those analysts who a year and a half ago I sold my PropTrax ETF and at the time you told me I was wrong, well, I was and you were right but it just carried on going. We’re still seeing in South Africa, we’ve still got the global phenomenon of cheap money, even in South Africa we’ve got decade-low cheap money. However, we’ve got challenges, the load shedding we’re experiencing is a significant challenge, for a bunch of reasons, some of them we haven’t thought about yet but the lost time in traffic and all of that. That’s why I’m thinking international but also our property market in South Africa eight years ago we had 19 stocks, we’ve now got over 60, we’ve had an absolute boom. The quality is not always quite there, there are a couple of big ones but again, you go international and the scope just explodes in terms of size. So both in terms of size of market that you can look at but also I’m preferring the international over the local.

MARC ASHTON: Part of this series is to look at offshore investing opportunities using exchange traded funds, maybe just walk us through an ETF that you’ve identified that would allow investors to participate in the global property market.

SIMON BROWN: So the one I’ve found and I picked it because of its nicheness, and because it’s completely different to what we have in South Africa, it’s an iShares, BlackRock, residential real estate capped ETF. The key word is residential. There are a couple of companies in South Africa, and I say a couple, I think there are two that have got a little bit of residential attached to them, we could go with Calgro M3 and the like but this one aims exclusively at residential. A couple of points to it, for example the American consumer…we’re seeing the job numbers coming through, we’re seeing the unemployment rate coming down, that trend is continuing. We’re now starting to slowly see hourly wage rates start to pick up and the like. The American economy is doing well, it’s not stonking on all cylinders but it’s doing well and compared to the rest of the global economy it is going absolutely brilliantly. The American consumer is feeling positive again and that means they are out there shopping, and one of the things that Americans do is buy a property, we do it here as well but there’s an absolute sense to buy it. What we’re looking at here though is not only the sale of residential but more than anything is rental stock. Some weird stuff, the one company here, to be honest I had never heard of any of the companies that are listed here, one is a healthcare REIT, and you think healthcare, what it’s doing is it’s selling frail care, it’s a frail care old age home in essence, which is residential with that health blend to it.

MARC ASHTON: So when you’re looking at listed property, dividend and distribution yield is effectively the big debate, South Africa you’re quite fortunate in that you’ve got quite good yield off a lot of the properties, a lot of them have very lowly geared balance sheets, which means that they’re able to return a big portion to the investors and enjoy double-digit increases or at least inflation-plus increases each year. Give us an idea of what constitutes yield on this particular ETF and does the fact that that’s hard currency distribution come into the equation?

SIMON BROWN: So the yield at the end of January was 3.14%, which when we look at our property stocks we’re like you’ve got to be kidding me, the most expensive property stock on our market is probably at 4.5% or 5% but we must remember that this is relative to an environment in the US of interest rates as zero. You look at that yield relative to your interest rates, relative to your inflation, it is a little low in part because it’s done incredibly well, it’s had a spectacular 2014, over 30% during the course of the year. But again, as you say, it’s a hard currency yield for us, it’s generating 3-odd percent but it’s generating it for you in dollars. The focus of the ETF, interestingly, and they state the fact, is that they’re not looking…yield is nice, yes, etc, you can go and find higher yield property ETFs in the US, they’re looking at capital appreciation.

MARC ASHTON: I just want to take one step back to a comment you made previously about it being effectively a consumer play, consumer confidence in the US is on the up, what happens if the consumer were to suddenly pull back, is this likely to have a material impact on listed property in the US?

SIMON BROWN: In this space because it’s residential I think it will have an impact but I think not as stark an impact as perhaps it would on McDonald’s or one of the other consumer-facing stocks for a simple reason, people need to live somewhere. We can delay buying a new car or going for dinner with the family or whatever the case may be, we can even downgrade our home, we can go from a three bedroom to a two bedroom, etc but we need to be living somewhere. So there are a pool of Americans who need a home and they’re always going to need a home, there’s always going to be some who drop out, that’s very few and far between. We certainly saw in the crisis of 2008 a lot of people turning back, younger kids in their 20s and the like, to live with their parents but that was a really weird trend, which I don’t think we’re going to see. 2008 was a special case, which hopefully we don’t see again in a hurry.

MARC ASHTON: Remind us again what the ETF code is?

SIMON BROWN: The ETF code itself is an iShare residential and the code is REZ.

MARC ASHTON: Simon, thanks for joining us in studio. That was Simon Brown from JustOneLap. However, it needs critical support. 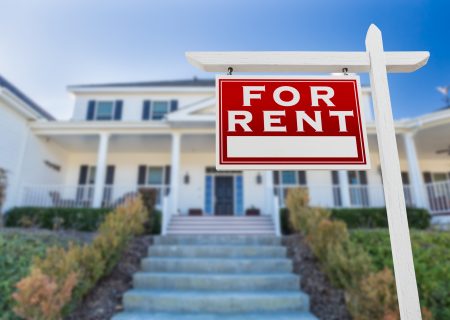