Is the infrastructure deficit in emerging markets an investment opportunity?

Consider an investment into an emerging market infrastructure ETF.
By Patrick Cairns 11 Mar 2015  00:42 CAPE TOWN – Around half of the world’s population currently lives in cities. With urbanisation set to continue as one of the globe’s most significant demographic trends, PwC estimates that by 2050 this number will have increased to 70%.

Most of this urbanisation is expected to take place in emerging economies. PwC projects that the population growth in emerging cities will be just under three times faster than than that in advanced ones.

With this rapid growth comes the need for infrastructure. Cities need water, transport and power to support their expansion.

Already developing countries spend about $1 trillion a year on infrastructure, but they still face an enormous deficit. The World Bank estimates that they have to at least double that spending to meet the demands of industry and households.

Increasingly, governments are recognising that they can’t tackle this alone. Their own fiscal constraints simply don’t allow for it, and the rise of private infrastructure providers is therefore becoming a worldwide investment opportunity.

Local investors can gain exposure to this story through the iShares Emerging Markets Infrastructure ETF. The fund can be traded through the Standard Bank Webtrader platform.

It tracks the S&P Emerging Markets Infrastructure Index, which currently has 31 constituents across 11 countries. Unsurprisingly, the biggest exposure is to China, which represents 36.5% of the fund. The second largest country exposure is to Brazil, at 18.4%, with Malaysia, Mexico and Chile also in the top five.

Given the recent slowing in the Chinese economy, investors should be alert to the risk this represents. With China also shifting to a more consumption-based rather than investment-led economy, infrastructure spending may come under pressure.

The biggest single holding in the fund is China Merchants Holdings at 9.0%. The Hong Kong-listed conglomerate, which is partially state-owned, has operations across the transport infrastructure spectrum, including in ports, shipping and air cargo. Overall, the fund is heavily weighted towards the transport infrastructure sub-sector, with 43.3% of its assets in shares operating in this area.

The fund also carries extensive exposure to power infrastructure. Electric utilities are the second largest sub-sector holding at 21.9%, with companies involved in independent power production and renewable energy making up 11.4% of the fund.

The ETF currently offers a fairly attractive dividend yield of 3.29%. 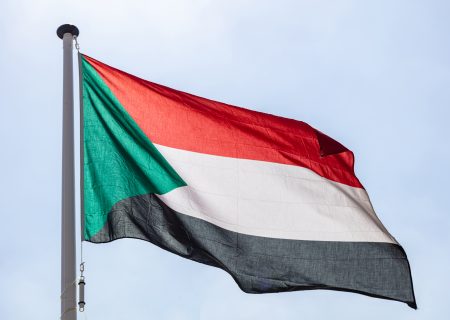