‘Look-through’ not an issue on exchange controls – Wierzycka 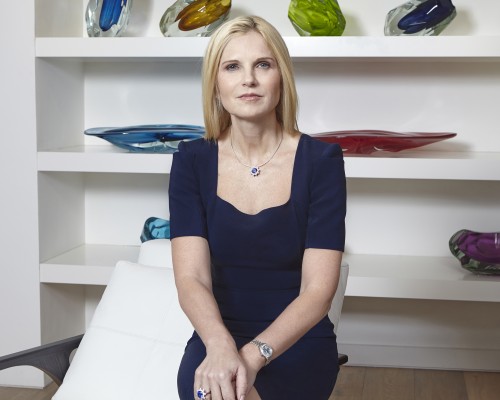 The relaxation of exchange controls offers a way to broaden the tax base, says Magda Wierzycka. Image: Supplied

Update: Since this article was published, Treasury, the Sarb and FSCA have in effect withdrawn the exchange controls circular to provide more clarification. All approvals granted on the basis of Circular 15/2020 are also suspended. Read: Exchange control relaxation on hold

How much exchange controls are relaxed may come down to the interpretation of a clause in the Pension Fund Act.

This is according to Sygnia joint CEO Magda Wierzycka, who hosted a webinar on the impact of changes announced by National Treasury to exchange controls in the Medium-Term Budget Policy Statement a few weeks ago.

The changes allow offshore assets to be treated like domestic assets if they are held by locally-listed firms, whose shares can be traded locally and in rands.

The move by Treasury was followed up by the South African Reserve Bank (Sarb) confirming it in a circular, and the Financial Sector Conduct Authority (FSCA) saying in a notice that it is looking at reclassifying what constitutes a domestic asset.

These moves on behalf of the country’s financial authorities have led to some debate on whether Regulation 28 of the Pension Funds Act, which limits investment in foreign assets to 30%, is still in effect.

Though many asset managers don’t think the exchange control changes will have a meaningful impact, Wierzycka sees it opening the door for a radical change to asset management in South Africa.

She says those thinking that the ‘look-through’ principle in the Pension Funds Act will enforce the 30% cap have it wrong.

The look-through principle requires pension funds to look through an instrument and measure the local and foreign exposure of the underlying assets.

So, if a fund invests in a locally-listed entity, but if this entity has offshore holdings, then these holdings should be counted under the cap for foreign-owned assets.

Wierzycka says that as soon as Sygnia discovered the move to ease exchange controls, it asked for and received a legal opinion from law firm ENS on the implications of the change. The opinion it got back was that based on a deeper reading, the look-through requirements are not set in stone as a clause in the act allows the Sarb some flexibility when it comes to the principle.

Wierzycka points out that when determining whether there is direct or indirect exposure to a foreign asset using the look-through requirements, this assessment must be according to the act be “in accordance with conditions set by the South African Reserve Bank.”

She says that as the Sarb can change the aforementioned ‘conditions’ of the look-through requirements, it in effect has the right to determine investments in offshore assets.

Wierzycka further argues that the Sarb in its circular has already allowed for derivative instruments such as offshore exchange-traded funds (ETFs) to be treated as domestic assets, subject to the listing, trading and rand-dominated requirements.

She says as the bank has already redefined what makes up domestic assets, the look-through requirements can’t be used to “undermine or conflict with conditions set out by the Sarb”.

Wierzycka’s view differs sharply with those of many other asset management firms that are waiting for further guidance from the financial authorities.

Allan Gray head of product development Earl van Zyl, for instance, does not think the exchange control relaxation will mean changes to Regulation 28.

Van Zyl says for pension funds, it looks like things will stay as is. “Based on our understanding and engagements with the FSCA, this look-through principle continues to apply.”

Rather than opening the way for pension funds, he sees it as a way for individual investors to invest more abroad.

“The interpretation of this notice may impact individual investors’ ability to increase their offshore exposure.”

Coronation Fund Managers head of personal investments Pieter Koekemoer also plays down the significance of the move. He says that on the whole, the fund wants to see a relaxation of exchange controls but points out that this latest move has been in the works for a while.

“We do not believe that this is the biggest relaxation of exchange control in the democratic era.”

Koekemoer points out that South African investors hold R2.6 trillion in assets in offshore jurisdictions, externalised through various investment allowances that have been in place since the 1990s.

“The current changes commenced in the February 2020 National Budget, when Treasury announced their intention to phase out further components of the exchange control system and align with the OECD’s Code of Liberalisation of Capital Movements.”

Wierzycka, for her part, still sees the relaxation of exchange controls as a notable step, as it offers a way to broaden the tax base. She says with ‘financial emigration‘, where people are transferring their financial assets overseas, the relaxation provides a way for the state to earn income that would probably have been lost to it.

Wierzycka says the move is also good for investors. With the FTSE/JSE All Share Index only rising 8.7% in rand terms in the past 10 years, compared with the S&P 500 Index shooting up 20.5%, local investors will be able to access global markets that are growing much quicker than local ones.

I think ENS just told you what you want to hear. It’s not prudent to casually overlook the look-through principle.

In one part I am happy we will have more offshore exposure easier but on the other hand I feel sorry for South African companies who now have to try/compete harder to raise debt and equity capital.

If a company offers the potential of market beating returns in the future, then it won’t need to compete too hard for capital, as capital will flow to where it is rewarded. I think listed companies have become lazy with a captured market. Let the free market dictate the flow of capital, cause it will always find a way.

With all the media sensation that Magda and Magnus have been spreading the past few days, it is refreshing to see the views from the likes of Allan Gray and Coronation urging caution. Clearly an emotive issue, but rather get 100% clarity from the FSCA than from a law firm giving an opinion.

I am confused too. The SARB is relaxing exchange controls as stated “The changes allow offshore assets to be treated like domestic assets if they are held by locally-listed firms, whose shares can be traded locally and in rands.”
So on the look-through principle, these assets used to be considered off-shore assets whereas the relaxation now considers them domestic assets if they meet the above requirements, or have I got it wrong?
It sounds like the webinar did not take into account this relaxation of exchange controls into account yet, hence the confusion?

The IRR reported that Magda, banks and assets managers were secretly schemeing with government. Now this comes out, who does this benefit the most? Well Sygnia ETF of course. Warning! Offshore exposure is NOT the same as offshore funds. They also contacted Standard bank who did not refute their meetings, well well well, STB is also the trustees for all Sygnia funds. Moneyweb do some digging.

1. Any asset manager can setup an ETF. Most don’t as they prefer the fees from active funds.
2. We well aware of the difference between offshore exposure vs physically investing offshore in a foreign jurisdiction. What’s your point?

The flip side is that the traditional financial institutions are happy with zero/negative growth of the past 5 years; and yet the fees is not adjusted. As long at the Coronations, PSGs and other traditional institutions collect their fees (around 3%) they are satisfied.

3%? No way! You must be confusing Coronation and PSG’s fees with the exorbitant fees Sygnia charges on their fund of hedge funds.

I’ll go with this and the confusion in government seems to indicate that this was not a co ordinated and planned action but rather a favour to special friends. For what in return? Is the hand of Mzi Khumalo somewhere?

Given the ambiguity, Treasury has just put out an announcement suspending this with immediate effect.
http://www.treasury.gov.za/comm_media/press/2020/20201124%20Media%20statement%20-%20Capital%20flow%20management%20framework%20update.pdf

If Magda had reached out to the FSCA first instead of her lawyer, the potential regulatory quagmire she has put a lot of her clients in could easily have been avoided. There was no immediate urgency to act.

Sounds like many Moneyweb readers see through the look-through …

Seems to be lots of confusion in the industry, amongst investors and all.
Also seems the SARB is not just confusing but also confused itself.

We await the fog to lift and the mud to settle.

If Magda buys a bond ETF she will look through and claim it fixed income to keep her growth exposure, but all of a sudden buying foreign equities through the ETF wrapper suddenly changes the economic exposure of the investment? 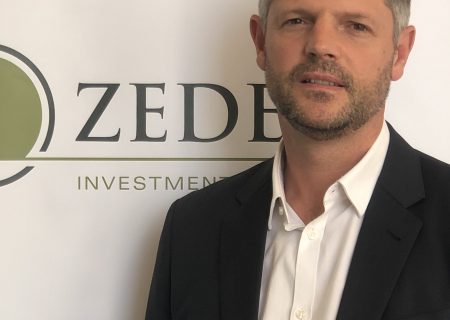