Abundant energy at a fraction of today’s cost, using blockchains to weed out fake news, and an exodus from crowded cities.
By Ciaran Ryan 19 Feb 2021  11:03 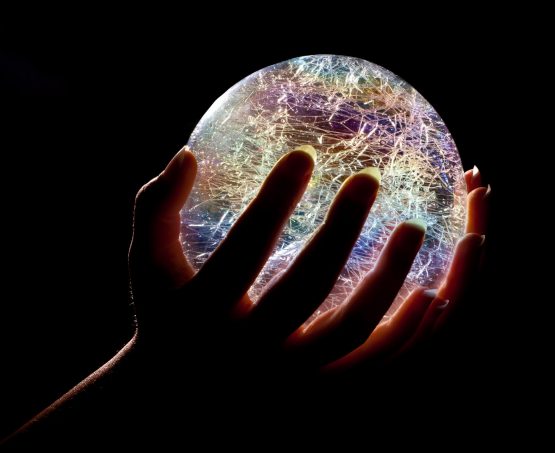 Covid-19 has accelerated super-trends that were dimly visible through the fog of a cracked reality held together by easy money and the illusion that tomorrow will be more or less like today, only with more gadgets.

The idea that tomorrow will resemble today is clearly a dangerous and misguided view.

Covid-19 and the painful US election cycle have brought what might have seemed a distant future a quantum leap closer, accelerating nearly every underlying social and technological super-trend.

Financial services provider Saxo Group has released its 2021 Outrageous Predictions, and it should be required reading for anyone involved in future planning.

There are credible predictions that by 2030, two billion jobs will be lost to automation, artificial intelligence, globalisation and faulty economic systems.

Per capita incomes will rise, but so will inequality, forcing regulators to intervene with universal basic income programmes to ensure food and shelter for their populations.

Here’s a sampling of these outrageous predictions.

Time to short the ‘too powerful’?

Saxo’s fixed income strategist Althea Spinozzi argues it is time to short monopoly tech companies like Amazon, Facebook and Microsoft which have become way too powerful and are coming under regulatory scrutiny from the US to Europe, not least for shifting profits to low-tax countries like Ireland.

In many ways they have become as powerful as nation states.

Consider that last year executives of Facebook, Microsoft and Alphabet were even invited as speakers at the annual security conference in Munich, together with presidents and prime ministers.

Provocatively, Spinozzi argues that Amazon will redomicile its EU headquarters to Cyprus and “help” it rewrite its tax code to suit itself, but will get punished nonetheless as the US and other countries move against these monopolies and punish them for their hubris.

Christopher Dembik, head of macro analysis at Saxo, believes Germany will bail out suffocatingly overgeared French banks, as client companies face a wave of bankruptcies due to “stop and go” lockdowns. French banks will be further pulverised by massive losses on state-guaranteed loans already hit by years of weak growth and a low interest rate environment.

Anders Nysteen, senior quantitative analyst at Saxo, argues that falsified and manipulated content is taking over the internet, funnelling readers to extremist content which sews divisions.

“Tackling this trend, companies like Verizon and IBM are developing technologies to counter fake news with verification using a blockchain network,” he says.

“Companies like Twitter and Facebook invest heavily in this blockchain tech, motivated first and foremost by self-preservation as the threats of regulatory oversight we’ve seen in recent years become white hot.”

One of the more intriguing predictions is the emergence of an entirely new energy future based around fusion, rather than renewables. Peter Garnry, head of equity strategy at Saxo, says new alternative and green energy technologies are for the most part not the answer to our energy problems.

“The world urgently needs a disruption in energy technology,” he writes.

That disruption has appeared in the form of the Sparc fusion reactor design by MIT (Massachusetts Institute of Technology) with energy outputs boosted by artificial intelligence, “creating the biggest paradigm shift in energy technology since nuclear power”.

The mastery of fusion energy opens up the prospect of a world no longer held back by water and food scarcity, thanks to desalination and vertical farming (growing crops in vertical stacks). This will solve CO2 outputs and allow every country in the world to become food and energy independent.

Kay Van-Petersen, global macro strategist at Saxo, argues that universal basic income (UBI) will be an essential part of the regulatory response to the decimation of jobs caused by AI and automation. Big cities have been the chief drivers of job growth for centuries, but the ability to work remotely coupled with high city crime rates and over-priced properties will trigger an exodus to smaller towns.

“The new UBI also drives changes in the attitude toward work and life balance, allowing many young people to stay in the communities where they grew up. Meanwhile, the professionals and the marginal workers in big cities also begin to leave, as job opportunities dry up and the quality of life in small, over-priced apartments in higher crime neighbourhoods loses its appeal,” says Van-Petersen.

Market strategist Eleanor Creagh argues that a type of Citizen Technology Fund will be created that transfers a portion of capital asset ownership to everyone, allowing displaced workers to participate in the productivity gains of the digital era.

“The policy is spun as a Disruption Dividend, and goes a long way to relieving the economic and social anxieties for those who have been losing out on the share of economic output in recent years.”

This will unleash enormous entrepreneurial energy at the individual and community levels. More meaningful work in community restoration, artisanal crafts and food production will explode in popularity. Leisure-related sectors will likely boom as well, from hobbies to recreational sports and activities, real and virtual. She recommends going long companies in education, art, crafts and hobbies.

Ole Hansen, head of commodity strategy, says a silver supply crunch is on the way in 2021 and sees the price hitting $50/oz this year.

Spinozzi also argues that as Covid vaccines are rolled out and normalisation returns, economies that were vastly over-stimulated during the pandemic will result in overheated economies, inflation and unemployment. Rising interest rates will kill off over-geared zombie companies. “For the first time in economic history, a strong recovery sees rising defaults.”

Here’s a slither of good news for Africa: the discovery that emerging and frontier market growth rates have been woefully underestimated for years, in part due to productivity improvements brought about by the internet and mobile phone-based payment systems.

Technological advances are probably doable, but we, as humanity, just don’t have the moral, nor ethical fortitude to do anything that could lead to a more equitable, just, fair, or more humane existence. I’m afraid it will be more of the same; looking out for number one, regardless of who you step on. It will require a vastly different way of doing things than what we currently have. And that applies to all levels; rich, poor, professionals, blue collar workers… in fact, every individual, social group, or statutory grouping will have to change. Ideally it should be initiated by politicians, but we already know they are completely lost. I must admit, for a while there, I had hoped that millennials would rectify the boomer mistakes (my era), but there are already signs that they have also joined the club. As humans we just don’t seem to have the capacity to change fundamentally enough to ensure a more equitable distribution of world resources. The last time this happened on a fairly substantial scale was when whites in SA voted to hand over political power to the majority. That didn’t go so well, but it shouldn’t deter us from seeking for more opportunities to share the resources of our world equally.