Birds eye view of No.2 Silo

This article was published in the latest edition of Moneyweb’s Property Mogul. Read it here in the popular Joomag format, or more traditional PDF document.

The largest museum to be built in Africa for the last 100 years, a green light for Cape Town’s first cruise liner terminal and a string of new developments on Cape Town’s Foreshore is turning the Mother City into a cutting-edge destination for architects and designers.

While many buildings in the more established and older part of Cape Town – near the Company’s Garden and Parliament – are being upgraded, transformation is sweeping the windy Foreshore.

“Below Strand Street, we’ve certainly seen the entire cityscape changing with the rise of contemporary commercial and residential developments. This will lead to a complete revitalisation of what has to date been the relatively quiet part of the CBD,” Rob Kane, Chair of the Cape Town Central City Improvement District (CCID), told Moneyweb.

This area, which was reclaimed from the sea in the 1930s, is seeing a burst of greenfield developments.

One of the most dramatic refurbishments is The Towers building on the Foreshore, being developed by Standard Bank. It’s due to be ready by September. A three-storey open courtyard has been created by a massive A-frame concrete truss, using innovative building technology which has never been used in Africa before. The refurbishments are due to be completed by September.

Investment has also spiraled in the hotel sector, with Tsogo Sun’s overall commitment to the CBD now reaching R1 030 billion in new builds and refurbishments. Construction has recently begun on the site of the recently demolished Tulip hotel in Bree Street in the CBD. In its place will be a 500-bedroom, two-hotel complex pitched in the affordable bracket, with a total investment of R680 million.

Tsogo Sun CEO Marcel von Aulock believes it will meet what he sees as growing demand for hotel accommodation in Cape Town and will bring Tsogo Sun’s number of beds in the Cape Town city centre to 2 000.

More than R830 million has been pumped into the expansion of the Cape Town International Convention Centre known as CTICC East, which is expected to be completed by the end of next year. A private hospital, the Netcare Christiaan Barnard Memorial Hospital, is being built next door, while KPMG Place, which will house commercial, medical and retail business, is being developed to the tune of R400 million.

The broader Foreshore area includes the R1.6 billion, 32-storey Portside building which opened earlier this year and is now the tallest building in Cape Town.

In the State of Cape Town Central City Report, official property valuations for the 2013/2014 financial year were reported to be nearly R24 billion, but Kane says this has increased in recent months, particularly with the recent announcement of the Signature/Radisson Blu conversion of the old Triangle House. The Riebeek Street building is being converted into 12 levels of hotel and 12 levels of apartments in a R1 billion development. Kane says the development was nearly sold out within the first month of release and should be ready for occupation by next September.

The development mirrors a rising trend to convert underutilised B- and C-grade office space into residential buildings. From 2011 to 2014, the residential property market in the CBD boomed, with sales more than doubling to R296 million in 2014.

As more people move into the CBD, the atmosphere of the city is changing, with more demand for shops and family restaurants after hours.

The inner city may be seeing big changes, but the jewel in Cape Town’s property crown remains the V&A Waterfront, where mixed-use residential, retail and commercial developments have swelled.

The V&A has been astute in diversifying its offerings. On the young and trendy side, it introduced rental options for the first time in March this year – a move which has attracted young professionals who want to live in an urban-chic environment but don’t want to commit to buying property yet.

“The priority for current development is connecting the V&A Waterfront with the city. The FIFA World Cup taught Capetonians that we have a walkable city and we are looking at ways to leverage that,” said CEO of the V&A Waterfront, David Green.

At the beginning of July, Transnet named the V&A the preferred bidder to develop Cape Town’s first cruise liner terminal. It’s targeted to be ready for use in December 2017.

“We see the terminal being an extension of the activity of the V&A Waterfront,” said Green. The terminal building is in close proximity to the V&A’s historic grain silos, which is to become a major hub with the development of the R500 million Zeitz Museum of Contemporary Art Africa. The museum – a converted silo – is being developed by world renowned architect Thomas Heatherwick. 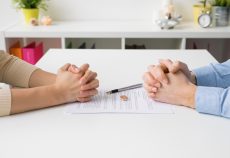