The Germany-focused counter sees upside leasing activity as the UK engineers its imminent exit from the European Union.
By Ray Mahlaka 12 Dec 2016  10:00 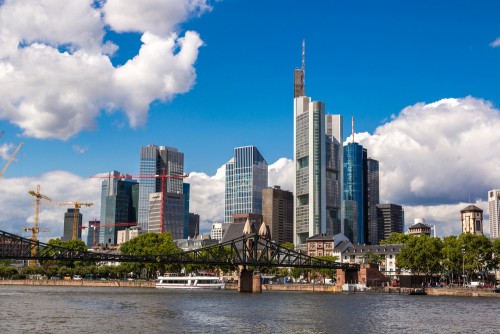 Before the surprise vote for the UK to leave the European Union (known as Brexit), the country enjoyed fervent support from South African value chasers with an insatiable appetite for hard-currency earnings.

In fact, offshore property stocks – especially those with investments in the UK – have consistently outperformed their SA-focused peers over the past three years.

Market darlings including UK-focused Capital & Counties Properties, Capital & Regional, Atlantic Leaf and Intu Properties, are now the sector laggards, with their share prices down between 26% and 34% since June 23. The recent rand strength has also put these counters on the back foot.

While a blanket of gloom hangs over the UK’s economy, Sirius Real Estate, the JSE’s only purely German real estate offering, stands to benefit from Brexit. Sirius has also not been spared from market jitters towards offshore property stocks, as investors have sold down its shares by 14% since the Brexit bombshell.

Sirius CEO Andrew Coombs believes Brexit will be an earnings fillip for the company. “Germany has become an investment destination of choice for property investors overnight, as they are seeking safe heavens outside of volatile markets,” Coombs tells Moneyweb.

He refers to a report by real estate consultancy firm Jones Lang LaSalle, which reveals that Berlin, Munich and Frankfurt in Germany have emerged as the top three out of five cities in terms of investment volumes across Europe in the third quarter of 2016. This, Coombs says, bodes well for Sirius as 53% of its €770.9 million (R11.2 billion at the time of writing) worth property portfolio of 43 business parks (office properties and storage facilities) is located in the three investment hotspots.

“We are not seeing people signing leases yet but we are seeing people come to us from the financial, telecoms and IT industry inquiring about the rental space we have. This means is that people are preparing for Brexit. But they won’t make a decision until March next year.”

Given the volatile pound and imminent change in the tax dispensation, market watchers are anticipating UK-based businesses to move their operations to other regions.  For now, it’s business as usual for many companies as details of the UK’s exit agreement are not yet properly understood until Article 50 (a law that outlines the procedure for the actual exit) is triggered in March 2017.

The tentative demand has been for Sirius’ Smartspace product, space that is less than 500 square metres and has flexible lease terms. About 46% of its properties are let to small business (employing ten or more people) through the Smartspace product. Sirius is also seeing demand for properties with long-term leases (typically ten years).

South African investors have been more than willing to back Sirius since its JSE listing in 2014. Already more than 40% of the shares are held by domestic investors – among them boutique asset management firms ClucasGray and Anchor Capital. Even bigger institutional shareholders have made allocations of between 6% to 9% including Old Mutual and Absa Asset Management.

Sirius may be on the radar of more investors and index tracker funds, as it’s planning a move from the JSE’s AltX to the main board in 2017.

Another growth vector for the company is its organic and acquisitive growth programme. On the latter, it plans to add an additional 70 000 square metres to its property portfolio over the next 18 months through acquisitions and redevelopment projects. It has ambitions of growing its portfolio value from the current €770.9 million (R11.2 billion) to €1.2 billion (R17.5 billion) in the next two years.

Sirius typically buys old buildings with up to 30% vacancies at a net yield of 8% and debt of less than 2% and converts them into mixed-used business parks. It’s redevelopment initiatives have the potential to raise rental/square metre from €3 (after purchasing it) to €9.50 (after redevelopments).

“We expect Sirius to maintain a high run rate in dividend payouts for the full year 2017 and full year 2018 as they get good uplifts in rentals from the underlying portfolio,” says Chetty. He adds that once Sirius reaches its optimal property portfolio size of €1 billion, management can leverage their skills into other asset classes such as storage and industrial properties.