On their way out. Emigration-related sales are contributing to Joburg's weak sales growth. Image: Shutterstock

Despite having become SA’s most populous province, Gauteng is now seeing an increase in emigration-related residential property sales.

The Pam Golding Properties (PGP) Residential Property Report for 2019 notes that emigration-related sales are at a ten-year high this year, and most South Africans who are emigrating are leaving from Gauteng. This is contributing to the subdued Gauteng housing market.

Speaking in Johannesburg last week, PGP CEO Andrew Golding said emigration-related sales are most prevalent in Gauteng. “This is undoubtedly a contributing factor to Gauteng, and Johannesburg in particular, having the weakest housing market in SA in terms of major regions and metros.” 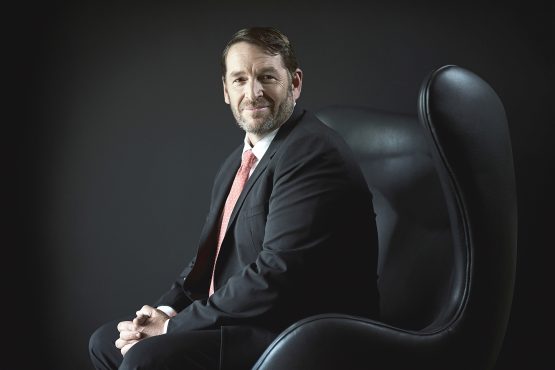 PGP is one of SA’s largest real estate agency groups, with some 1 500 agents across the country – around 400 of whom are based in Gauteng. For its financial year to February 2019, the Cape Town-based group achieved sales turnover of just under R18.8 billion.

Quoting FNB research, Golding says emigration-related home sales overall in SA rose to 13.4% in the second quarter of 2019. This represents a ten-year high. Comparing the regions and major metros, Golding notes that despite a marked slowdown in house price growth in the Western Cape, from late 2017 to early 2019 (due in large part to the drought), the province continues to outperform the other regional markets. According to PGP, the Western Cape had average house price inflation of 5.78% from January to September 2019 in nominal terms, compared with a national average of 3.21%.

Average house price inflation in Gauteng and KwaZulu-Natal (KZN) came in at 2.43% and 3.15% respectively, however this was below the national average.

The PGP report said that house price growth continues to lose momentum in Gauteng, while prices appear to have stabilised in KZN and the Eastern Cape (3.43%).

In terms of the metros, data from Lightstone shows that the three major coastal cities continue to outperform the national housing market.

Cape Town remains the top-performing metro with 4% growth (between January and June 2019), while Johannesburg is the weakest at just 1.2%. Nelson Mandela Bay (Port Elizabeth) came in at 3.7%, while eThekwini (Durban) and Tshwane (Pretoria) came in at 3.4% and 2.2% respectively.

“The slowdown in Johannesburg is rapid and is showing no sign of slowing or stabilising,” says Golding.

“Tshwane appears to be turning upward, while Gauteng East [Ekurhuleni] is losing momentum, but remains the top-performing metro market in the Gauteng region with 2.9% growth.” He says the ‘semigration’ trend – which sees business people staying in coastal provinces with their families and travelling to Johannesburg during the week for work – continues to grow in SA.

“Semigration has played a significant part in the growth of the Cape Town and Western Cape property market over the last ten years. Following the drought in the Cape, some of this semigration interest has shifted to the Garden Route and KZN’s North Coast.” “The semigration trend will continue to the coast, primarily the Garden Route and KZN – Durban and north to Ballito – as well as the Western Cape, including the Boland and Overberg,” says Golding.

“On the KZN North Coast, we’ve recently seen as much as 60% of our buyers for new off-plan developments originating from Johannesburg, while Sibaya near Umdloti is also in demand due to its close proximity to King Shaka International Airport.”

Come add value to the Western Cape! Come buy property in Cape Town and surrounds. With growth double the national average you will get a return on investment.

You don’t have jobs for us!

Fortunately one has to drive along the N2 to Cape Town international. That takes care of any starry-eyed ideas one might get during a holiday. Cape Town is a squatter time-bomb.

It isn’t just the Sir Lowry’s area, it is the N2 between Cape Town and Somerset West that’s just as deadly.

Heaven forbid your car breaks down anywhere along this N2 highway. They come out the bush and kill you.

The N2 isn’t called the Hell Run for nothing…

It is actually sad to read this. people fleeing their country of birth with its culture, networks and family. And the people fleeing are the high end-young and educated or older and rich. All what this does is deplete the tax base, lower top end property prices and create more unemployment.

We desperately need to keep these high end folk here( and their money where possible but sadly the fools in the ANC cabal cannot see this. Eskom is toxic, EWC is coming and NHI remains a dream of the Comrades

Just look how the government (ANC) looted the country. They are still in charge and want to take over health care. 3rd world forever

Semigrants who splashed out on R6Million townhouses in Kenilworth are desperately trying to sell and emigrate out of this country, but not having much success. Property24 is full of desperate listings with “Price Reduced” all over…it’s a bloodbath.

Semigrants have realized (after sitting in 2 hour daily traffic to work), that living in a drought-zone with 24/7 traffic congestion and open gang warfare in the streets does not offer any protection from EWC, NHI or raiding of pension savings. Might as well go the full Monty and skip the country.

Unfortunately for them, they bought at the peak of the market, and no sitting on massive negative equity.

While I agree with the sentiments I think the hyperbole employed “24/7 traffic congestion” and “open gang warfare” detract rather than support the argument.

Malema and his type must be delighted at this news.
His “Venezuela” is taking shape.
He should enjoy it.

All the property experts say “It’s a buyers market.” But we know it’s been a bear market for 10 years!!!I wouldn’t buy property now. Once junk hits interest rates may spike.

– it’s the well Educated young first time home buyers selling their homes and leaving, if only it was “holiday homes”. Really sad.

Have a look at Lenasia South (Gauteng) in Property 24. This small suburb is between Ennerdale and Lenasia. It is very small compared to Lenasia. It has the cheapest per square meter housing in South Africa. Four bedroom houses that will sell for R2 million sells for R1,2 million. For a small suburb, there are 640 listings on PROP24. The cheapest houses in South Africa. The reason being, that is completely surrounded by uncontrolled informal settlements. Whenever there is disruptions, whoever lives in Lenasia South will not be able to go to work. They will be completely surrounded by the disruptions.