Specialist logistics property developer Equites Property Fund’s plans of building scale to its property portfolio are seemingly on track after the counter raised R1.5 billion in fresh capital through a capital raise.

Since listing in 2014, management has focused on acquisitions of industrial and office properties as well as vacant land with a view of development.

Equites, with a market capitalisation of R2 billion, plans to grow the value of its industrial and office properties from the current R3.5 billion to R4 billion over the next five years.

It placed 120 million shares at 12.50 cents per share, representing a 4% discount to its closing share price of R13 on Thursday. It expects its market capitalisation to increase to approximately R3.5 billion with the latest capital raise.

Its newly-raised capital will allow the counter to conclude more acquisitions, despite a year of deal making. On Tuesday, Equites announced that it concluded a joint venture agreement with Grindrod Properties to develop a 25 000 square metres distribution centre and offices for Rohlig-Grindrod on vacant land it already owns in Meadowview Business Estate, Gauteng.

This comes on the back of several acquisitions and developments it made in recent months. It acquired the R1.9 billion Intaprop portfolio, consisting of industrial properties and undeveloped industrial land in Gauteng and Cape Town; the R137 million Tunney Ridge portfolio of four industrial buildings; and the R52 million acquisition of the seven-hectare Atlantic Hills Industrial Park.

Equites also has 32.9 hectares of vacant land in Gauteng and the Western Cape, which is earmarked to be developed into distribution centres. When its plans materialise, Equites will add R1.8 billion to the value of its property portfolio.

CEO Andrea Taverna-Turisan says its recent acquisitions raised gearing, an indication of the company’s debt to equity rising to 44%. But the capital raise brings its gearing to about 20%, while the JSE real estate sector’s average is 40%. “Banks were not comfortable with us breaching the 50% level. Our gearing spurred management to look for fresh capital.”

Some of the proceeds from its capital raise will be used to repay its debt. Taverna-Turisan tells Moneyweb that the cost of equity at 8% is cheaper than bank debt which is about 9%. In recent months, bond yields and interest rate swap rates have risen sharply putting upward pressure on bank funding rates.

Since listing, Equites’ share price has gone up by 20.9% to R13 and has delivered a total return of 10% for the first nine months of the year, latest figures from Catalyst Fund Managers show.

Perhaps the success of Equites has also been made possible by its focus on industrial properties, which have the second best returns after shopping centres.

MSCI’s Investment Property Databank SA biannual property indicator for the first half of 2015 indicated that industrial properties delivered a total return (capital and income growth) of 6.2%. The repo rate remains unchanged at 3.5%

The South African Reserve Bank has kept the repo rate unchanged at 3.5% Minister in the Presidency Jackson Mthembu passes away 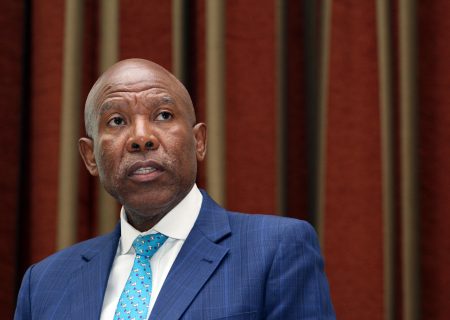