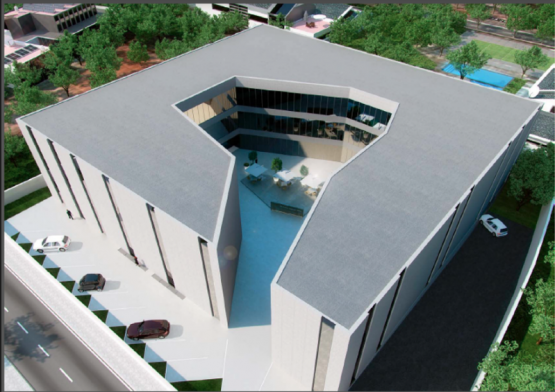 With Mauritius-based Grit Real Estate Income Group being one of the best performing property stocks on the JSE last year (in terms of capital appreciation), the Africa-focused fund plans to continue its listing in Johannesburg, despite listing on the London Stock Exchange last year.

That’s the word from Grit CEO Bronwyn Corbett, who told Moneyweb that the group is now looking to be included in the influential FTSE/JSE South African Listed Property Index (Sapy).

She was commenting on the company’s results for the six months ending December 31, 2018, which showed net property income increased to US$25.4 million from $17.5 million in the prior year. Grit’s half-year dividend was declared at 5.25 US cents per share (cps).

Corbett says: “Grit is one of the better performing shares on the JSE, up some 20% over the last year. We also grew the group quite significantly after our listing on the London Stock Exchange (LSE), which saw Grit increasing its portfolio to 25 properties worth around $800 million.

“With plans to double the size of the business over the next two years, Grit is likely to be included in Sapy, which would boost its profile by opening Grit to tracker funds and increasing its share liquidity.”

The Sapy comprises the top 20 most liquid listed property companies by market capitalisation with a primary listing on the JSE. Grit is multi-listed and trades on the JSE, LSE and the Stock Exchange of Mauritius (SEM).

At the Africa Property Investment Summit last year Corbett hinted at reducing the number of international bourses the company trades on, after its ambitious London listing in July. But this week she said the group would continue to be a multi-listed player.

“With regards to the JSE, our share price has been doing very well over the past year. We plan to remain JSE-listed as we want to now get into the Sapy. Our London listing was aimed at playing more globally to lure UK and international investors. Grit is the only listed Africa-focused income distribution group that offers international property investors access to high growth opportunities in thriving African economies outside of SA,” she says.

“Through our London listing, Grit successfully raised $132.2 million in new capital. We have deployed this into strategic acquisitions in Ghana and Mozambique, which has had a positive impact on the company’s net asset value (NAV) in the period, but the capital raise and income distributions offset some of this value uplift. Grit’s income-producing asset value increased by 19.8% to $796.3 million during the reporting period, following the successful deployment of the capital we raised from the London listing,” Corbett adds.

Grit’s pan-African presence covers seven countries on the continent currently, including Botswana, Ghana, Kenya, Mauritius, Morocco, Mozambique and Zambia. Office and retail properties make up almost 60% of its portfolio, while hospitality accounts for 20.5% and light industrial and “corporate accommodation” makes up the balance.

Corbett says Grit is eyeing property investments in several other African countries as part of its multi-geographical and multi-sectoral investment strategy. Asked which country it was targeting next, she said Grit was looking at a hospitality property investment in Senegal.

Moneyweb understands Grit is negotiating to buy a stake in the Club Med resort in southern Senegal. However, Corbett did not want to comment further on negotiations.

Grit is targeting annual dividend growth of 3% – 5%, and a minimum total annual net shareholder return of over 12% in US dollars for its 2019 full year. While distributable income came in at $16.96 million for the half year, equating to distributable earnings of 6.06 US cents per share, the board declared an interim dividend of 5.25 cps.

“Considering the importance of the completion of the Anfa Shopping Centre’s redevelopment in Morocco, the board elected to take a prudent approach and hold over a portion of the distribution to the end of the year to ensure there are sufficient cash reserves should any unforeseen overruns occur on the redevelopment,” Corbett explains.

Commenting on the group’s performance, Stanlib portfolio manager and analyst Ahmed Motara says Africa is difficult to operate in, but Grit is doing a good job by targeting properties with largely multinational blue-chip tenants.

“These properties have strong lease covenants and tenants are on long-term leases, but it will be interesting to see how Grit manages things when leases come up for renewal,” he adds. “The key is to continue to sign multinational tenants on long-term leases as it adds certainty of income.”

Motara says Grit’s London listing was a good move as it gave the group a major capital injection and diversified its shareholder base. UK investors now make up some 15% of Grit’s shareholding.

“The listing is likely to see more liquidity in Grit’s shares and get the company featured on more property indexes. From the South African side, it is hard to forecast when Grit will get into the Sapy. However, if it continues at its current growth rate, it’s a matter of time.

“Grit does not really have a pan-African peer. Investec and Growthpoint’s planned Africa fund has not made any deal announcements as yet,” he notes.