How interest rate cuts grew the demand for property by 35% 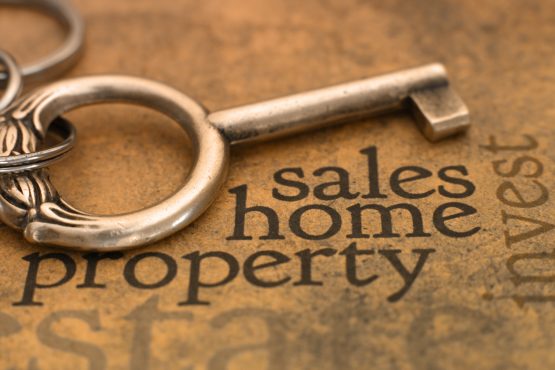 The surprise turnaround of the residential property market is possibly the greatest economic highlight of the past year.

A year ago, many sectors of the economy were forced to close, as governments around the world imposed lockdown restrictions to limit the spread of Covid-19. Real estate experts predicted that the economic shutdown and ensuing uncertainty would see house prices plummet, further stalling the residential housing market. Thankfully, these predictions could not have been more wrong.

The exact opposite has happened. The total value of home loans granted to homebuyers is up by 35% and has increased 26% in terms of the number of bonds registered at the deeds offices (excluding cash deals, year-on-year for the six months ending January 2021). BetterBond’s home loan business grew in value by 46% over this period, underlining how low interest rates have made owning your dream home a reality for many more South Africans.

In terms of house price growth, the residential property market ended the year stronger than at the end of 2019, when house price inflation was at just below 2%.

Instead of the expected price drop of between 5% and 14.5%, house prices increased on average 2.7% year-on-year from January to November 2020, and ended at close to 3% at the end of the year, well above property research company Lightstone’s forecast for the year.

The South African Reserve Bank’s aggressive approach to lowering interest rates to stimulate the economy – with five consecutive repo rate cuts – has been a strong driver of the housing market’s unexpected rebound.

BetterBond’s bond application volumes increased significantly after June, once hard lockdown restrictions eased, hitting a record 53% year-on-year increase in December, which is usually a quiet period for home buyers. The upward trajectory has continued into 2021, with BetterBond’s application volumes up 41% year-on-year for March so far. This proves unequivocally that the significant uptick in bond applications is not only a result of pent-up demand.

In fact, the Standard Bank Group says new home loans reached “record levels” last year, with most borrowers turning to bond originators as historic-low interest rates stimulated renewed interest in the housing property market. With this improved affordability, BetterBond’s average bond size has increased by 11% for repeat buyers, and by 12% for first-home buyers for February, year-to-date. Also encouraging is that six out of 10 BetterBond clients secure a 100% bond, with no deposit required.

Of course, the question on everyone’s lips now is whether the centre will hold?

The Sarb kept the repo rate steady at 3.5% in March, following the conclusion of its latest Monetary Policy Committee meeting. While we don’t have a crystal ball, governor Lesetja Kganyago indicated that the MPC may increase the repo rate later this year.

“As usual, the repo rate projection from the QPM remains a broad policy guide, changing from meeting to meeting in response to new data and risks.”

[At this stage] any changes to the interest rate in the second and third quarter of 2021 are unlikely to have any significant impact on the property market. Property research company Lightstone is optimistic that the market will continue to hold steady, with house price inflation at between 2.1% and 4% this year.

There is clearly still time to make the most of the current favourable lending environment.

Carl Coetzee is CEO of BetterBond

There is going to be blood in the bond streets later this year.

Currently the US government is spending money it borrowed last year and even so 10yr yields have gone up. In June that money will be depleted and they will have to borrow more, a lot more, and the markets will have to digest that. That will put upward pressure on bond yields.

Another property guy telling you to buy property in this dog environment. This sector is hemorrhaging. They have to say these things. Uncertain economic factors, 3 million (some home owners) losing their jobs, businesses earning a pittance etc… AS my dad would say “consider the source! Eliminate your debt 1st!!!!!

Agree – – – – these people think they can ‘talk the market up’ – – well, with the amount of cover they get (paid advertising – or MW and others not checking the source and the facts) they catch people.
If business is really up – why do they need to advertise like this where the average reader is intelligent and well-informed?

I know many people emigrating or considering that; most others are pessimistic regarding the economy.

It never seems to occur to these ‘journalists’ that the rise in property prices and share prices is possibly a reflection of a currency being devalued by the biggest asset bubble ever.

The real buying opportunities will come when rates rise and there is a rush for the door as new borrowers come under pressure. To drive FOMO by saying ‘there is still time to make the most of the current favourable lending environment’ strikes me as irresponsible.

As with all stats, it probably deserves some more digging, especially segments.

Work from home will probably savage the residential market for close to office properties. Down in the Cape many youngsters gave up apartments near CBD and bought bigger places with garden further out. Even the southern suburbs have people moving out to the Winelands. Buy-to-let apartments in CBD were going for R55k/sqm three years ago in CPT. Now must have collapsed?

By many accounts semigration from Gauteng to the Coast is in full swing. Again Winelands scoring. What has Bryanston / Fourways prices done compared to estates in Winelands for example?

But what we really need is that businesses start borrowing for expansion and new business. Jobs will help property more than interest rates.

Only people making money are the agents, banks and the taxman.

When you buy a property you will be in a hole with 15 to 20% paying all the above their “fees”. After inflation you will not even break even after 10 years!!

No wonder they catch all the youngsters.

This goes beyond talking up the market and comes close to fake news. The high end of the property market is dead-people want to flee and sell their homes. Look at Sandton, Clifton , Fresnaye etc on Property 24.

Who wants to buy here? In the UK people are vaccinated and probably all over 50s(high risk groups) will be done this month. Here the hopeless health minister cannot quite work out where the gap is for his pension, some Prof Ueckerman said millions of doses will be here end of March and the voters are dying at a rate many times more than the reported deaths!

Who would buy property in such a place?

So instead of the low-interest rates helping an economic recovery (business expansion and hiring of more employees), it’s helped fuel an asset-price bubble in property. Low economic activity coupled with a bubble in house prices? Sounds like a healthy combination..