How property stocks have rebounded from lockdown lows 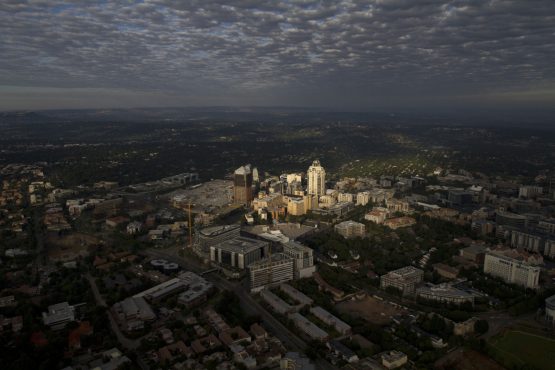 The divergence of performance demonstrates that with astute stock selection, investors keen on this sector would’ve likely made money. Image: Dean Hutton/Bloomberg

Of the 10 largest real estate investment trusts (Reits) on the JSE by market cap, four are up around 100% – effectively double – their lows reached in March or April 2020.

This was the selloff as the country headed into the hard Covid-19 lockdown.

These were unprecedented times – never before had the country’s entire economy been shut down (certainly not outside of a period of war). Most of the lows (based on closing prices, not intraday) were reached on April 3. In some cases, the lows pre-dated this, as the Reits had operations or the majority of their exposure to markets that had already entered lockdowns (such as Australia or the UK).

Remember that practically all landlords gave some form of rent relief or concessions because of lockdown.

There were specific circumstances surrounding Vukile and Hyprop, given their exposure to the Spanish and African markets respectively. Hyprop had been struggling to exit its African operations for some time – its shares were trading at over R140 as recently as 2018. Resilient’s travails since its highs of over R151 per share in 2018 are well-documented.

On average, the 10 largest Reits are up 68% since those lows.

Most SA-focused diversified Reits remain between 30% and 40% down from their closing prices on the first trading day of 2020.

The exception is Redefine, which is 43% lower. It had a weaker balance sheet than its peers. Capital & Counties Plc, which owns the landmark Covent Garden estate in London, is down by just less than 30% from that January 2020 price.

Hammerson Plc, which undertook a share consolidation ahead of a capital raise in September 2020, remains 71% lower than its adjusted price at the start of January of that year.

The largest property fund in the country, Growthpoint, was the first to tap the markets for capital after lockdown. It launched an accelerated bookbuild in November 2020, which raised R4.3 billion (more than the planned R4 billion).

Of the entire universe of JSE-listed Reits, there are 10 which are up by more than 100% from their March/April lows.

Again, certain of these are extraordinary situations.

Rebosis’s deal announced in October to offload R6 billion in office properties – if it takes place – will help save the company from a crushing debt burden (of more than R9 billion).

Investors who took the risk on this deal concluding would’ve made more than six times their money by now, and more than doubled their investment from the price after the disposal transaction was announced.

EPP, Vukile, SA Corporate and Hyprop all have market capitalisations in excess of R5 billion – these are big companies to have more than doubled.

Six JSE-listed Reits are trading at more than 40% below their prices at the start of 2020. Two UK-focused funds, Capital & Regional Plc (which counts Growthpoint as a significant shareholder) and Hammerson Plc, are both more than 70% lower.

The divergence of performance demonstrates that with astute stock selection, investors keen on this sector would’ve likely made money.

Beyond the Reit universe, two of the five largest counters in the ‘Real Estate Investment and Services’ sector on the JSE are up by around 200% from their Covid-19 lows.

These companies are mostly active in Central and Eastern Europe. Sirius is focused on Germany, while Lighthouse Properties Plc is a Malta-based fund. Three are above so-called pre-Covid-19 levels, while thinly traded Globe Trade Centre is down over 40%.

While nowhere close to the size of these stocks, retail investor favourite Balwin Properties is up 41% from its lockdown low, and down just 7% from January 2020 prices.

Key to future performance, particularly on the Reit front, is how these stocks perform in a local environment with rising interest rates and one – globally – in which vacancy rates (particularly in the retail and office sectors) are likely to remain elevated for some time.