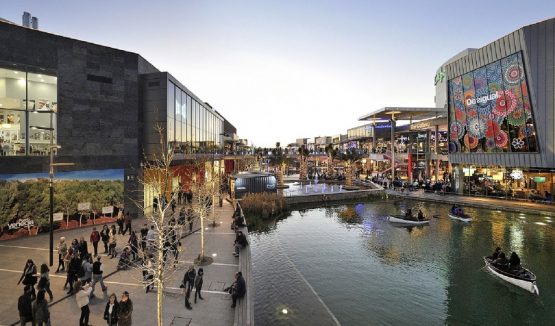 The group sold its stake in the Intu Puerto Venecia shopping centre in Spain for €238m in December but needs to do more to bring down its debt. Image: Supplied

This came after the group, which is listed on both the London and Johannesburg stock exchanges, confirmed that it plans a capital raise at the end of February to coincide with the release of its 2019 annual results.

Its share price, which has fallen more than 90% over the last three years in the face of Brexit and the UK’s retail industry woes, however, recovered to close in positive territory and 1.88% up on the JSE.

The group’s proposed capital raise comes as it looks to strengthen its balance sheet, which has been weighed down with a debt burden reportedly now standing at almost £5 billion.

While the London-based real estate investment trust (Reit) has been selling some of its assets to bring down debt, UK media has been reporting that it is looking at raising up to £1 billion in new equity to get its debt under control.

In its market update on the JSE on Monday confirming the capital raise, Intu did not reveal how much it plans to raise.

“Further to recent press speculation, Intu Properties plc continues to make progress in its strategy to fix the balance sheet,” it said. “Consistent with previous announcements, this now includes targeting an equity raise alongside its full-year results at the end of February.”

The company added that it is currently engaged in “constructive discussions with both shareholders and potential new investors” on the proposed equity raise.

Intu’s latest news follows an announcement in December of its sale of prized Spanish shopping centre Intu Puerto Venecia for €457 million. Intu’s share in the property was valued at €238 million.

It pointed out that the net proceeds of the transaction will be used to repay debt and is expected to reduce its loan-to-value ratio by around 1%. The group confirmed that it had undertaken nearly £500 million worth of disposals in 2019, with negotiations for the disposal of another shopping centre in Spain, Intu Asturias, at an advanced stage.

In its JSE Sens statement, Intu CEO Matthew Roberts said the company is “making good progress” in fixing its balance sheet, which he described as its “number one priority”.

Without going into detail on Intu’s financials, due to the company’s results expected to be released at the end February, Roberts claimed that the group “delivered a robust operational performance for 2019”. He said the group ended the year with a busy Christmas trading period.

“Total footfall in 2019 was 0.3% ahead of 2018, flat in the UK, which significantly outperformed the Springboard footfall monitor for shopping centres. Occupancy was stable at 95% and to date 97% of rent has been collected for the first quarter of 2020, demonstrating the lower risk of our existing customer base,” he added.

“Being under severe financial stress has resulted in a ‘damned if you do, damned if you don’t situation’ … If they don’t do a capital raise it’s doubtful that the business will be able to function properly through the year. However, with the current retail issues in the UK, and the likelihood of increased stress in 2020, this is a company we would continue to avoid,” he adds.

Elston points out that a capital raise by Intu will likely be done at a “deep discount” in order to “get new investors in”.

His advice to existing holders: “Better to sell now, before more value gets destroyed.”