According to the joint owners of the property, which is linked to the Sandton City super-regional shopping centre, the new 5.75 metre (diameter) time piece is “one of the largest tower clocks in the Southern Hemisphere”.

Despite the impact of Covid-19 on trade, the two groups have opted to invest in the multi-million-rand new attraction at Nelson Mandela Square, which is part of one of Johannesburg’s most visited tourist and shopping precincts.

Before the pandemic, the Sandton City precinct (which includes the square) attracted around 24 million visitors and shoppers annually.

“Nelson Mandela Square’s clock is magnificent; it is one of the largest engineering feats of its kind in the Southern Hemisphere,” says Brian Unsted, L2D’s asset management executive for the property.

“This [new] feature embodies the sophistication of the space and complements the existing architectural design… This project has been particularly exciting as it takes retail property innovation to another level,” he adds.

According to the joint owners of the property, the clock comprises diamond hour pieces, translucent numerals with satin black and gold finishes, and LED lighting to create a unique halo while illuminating the clock at night. “The Nelson Mandela Square clock took 240-hours to design, with most of the elements being fabricated from aluminium, where a total of 47-metres of aluminium welding went into its fabrication,” L2D and Liberty Group note in a statement.

“Twenty metres of LED strip lighting was required for the lighting of the clock hands and halo illumination. The diamond hour pieces are illuminated by 96 LED lights, which required 60-metres of pole wiring to accomplish,” it adds.

Architecture group Bentel Associates International were briefed on the vision for the project, while Harry Kahn Limited was appointed to deliver the Swiss Mobatime Clock.

“The project consisted of the design, engineering, 3D fabrication, laser cutting, manufacturing, welding, and finally, the installation and lighting of the clock,” the property’s owners further point out.

The new clock, which reportedly weighs over a ton, also has delicate chimes. It is positioned in an archway in the West Towers building that is situated immediately behind the Nelson Mandela statue, which overlooks the square.

Correction: An earlier version of this story mentioned that the new clock in Nelson Mandela Square is the largest in the Southern Hemisphere; however, that title goes to the Central Station clock tower in Rio de Janeiro, Brazil, which reportedly has a 20m diameter.

L2D has since issued an update and apologised for the incorrect information.

Yes, ironic indeed, SA’s time is up, that clock is just not there for some thwarted tourist attraction, there is plenty meaning behind it, being positioned right there.

The analog clock seems to have helped the L2D share price.

At least it is their (L2Ds) money to waste, unlike our Government.

I think it will be less money for the shareholders. It will certainly not refuce the renumeration of the people who decided to make this “investment”.
By the way, what are all the wires at the top of the picture. It reminds me of illegal electricity connections in a township. More simbolic value, perhaps?

Illegal electricity connection on the largest clock tower in the southern hemisphere! Sounds like South Africa to me.

Otherwise I would have commented, “let them eat clock”.

That really is a boring story to read in Moneyweb!

So what. A clock, really is that actually news.

This is just a waste of space. A newby cutting his teeth?

Like the average visitor to the complex does not have any other way of knowing the time. (shaking my head)

Note to L2D: A multi million Rand clock becomes a liability to maintain – as the whole world will see when the time is out. This is not like when one client complains about his aircon not working and nobody except you and the client knows about it.

Agree – most visitors to Sandton Square that I know of either have a cellphone or a wristwatch.

An outdoor mural would have been better, but a clock?

The clock is the latest sign of desperation by L2D.

Now all we need is a lightning strike at exactly 22h:04 and the Dolorean to go at 88mph and we will all be Back to the Future!

Sandton Square must be having a tough time business-wise for them to push a clock stuck to their building as being a draw card.

Firstly, it isn’t a clock tower – it’s just a clock face stuck to a building that has been there for a decade or two.

If you really want to see clock towers, take a closer look at cities around South Africa where there are many – not least of which on churches, schools and universities.

To my knowledge one of the biggest clock towers anywhere in SA is the Campanile in Port Elizabeth at 50m or 15 stories. It is exclusively a clock tower that is a memorial.

yes if that clock is called a “clock tower”,then i have a half meter in diameter clock tower in my own house. hopefully it has a decent battery backup for eskom’s load shedding – if not it can give a true reflection of how sa is currently deteriorating in every sector wherever the government has a finger in the pie – backwards

So the architect and the clock maker received fees to place a clock on an existing building. Otherwise irrelevent to the majority of SA’s population. Now if it was a vaccine station, that would be news !

In these modern times chiming and striking clocks are deemed unacceptable noise pollution.

First off, as TheSpark commented, it’s NOT a clock tower in the true sense of the word. Just a large clock face on a building facade.

Number 5 on the list is the first one located in SOUTHERN Hemisphere….it is the Rio de Janeiro central train-station (Brazil) and is way BIGGER than Sandton Square’s puny 5,75m clock face, at TWENTY METERS diameter!

So…I have the most beautiful wife in the whole of Klerksdorp! My father-in-law said so, and there’s no need to verify 😉

249 killed in the first half of the year. 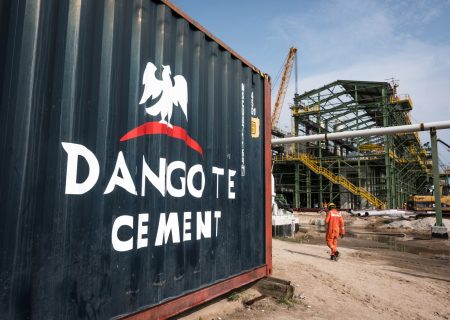