Construction activity in Umhlanga Ridge, a new growth node north of Durban. A new bill from the National Treasury could increase the tax burden for property developers. Image: Supplied

The Municipal Fiscal Powers and Functions Amendment Bill, which provides for uniform regulation of development charges, was released for public comment last week (January 8) and the closing date for submissions is the end of March.

According to Treasury, development charges are a once-off charge levied by a municipality on a land owner as a condition for approving a land development application.

“They [development charges] are imposed to cover the costs incurred by the municipality, when installing new infrastructure or upgrading an existing infrastructure that is required to service the proposed development,” it notes in a statement.

Municipalities across the country already levy development charges for providing bulk infrastructure – such as for water, roads, electricity and sewerage – that are linked to new property projects. However, the costs vary and not all new developments are levied this fee. Also worth mentioning is the issue of a ‘development surcharge’ on new property projects, proposed by the eThekwini Municipality in Durban back in 2011, which raised significant opposition from local business and the SA Property Owners Association (Sapoa) at the time. The plan was later canned.

Now it seems Treasury is looking seriously at development charges as bigger revenue source for municipalities to finance new infrastructure.

“A key reform in the Bill is to establish an unambiguous, fair and consistent basis for municipalities to recover development charges, for all new land development projects that require statutory approvals through the municipal land use planning system,” Treasury states.

“The aim of the amendment Bill is to increase the amount and the predictability of development charge revenue, to provide both municipalities and developers with more certainty and assurance that the costs of infrastructure are covered by its users,” it said.

“The Bill ensures that the cost of the municipal infrastructure required to service a new land development (including an intensification in land use) is primarily borne by its direct beneficiaries. This promotes the principles of aligning costs with benefits and intergenerational equity (i.e. the burden of payment for infrastructure) is shifted from the existing tax payers to land owners and new users of the infrastructure,” the statement added.

Speaking to Moneyweb, Sapoa CEO Neil Gopal says the commercial property body is still studying the Bill, so “it is premature to comment in detail”. However, he hopes the plan will not result in “double taxation” – with property developers paying upfront for infrastructure costs and then still paying high commercial property municipal rates. 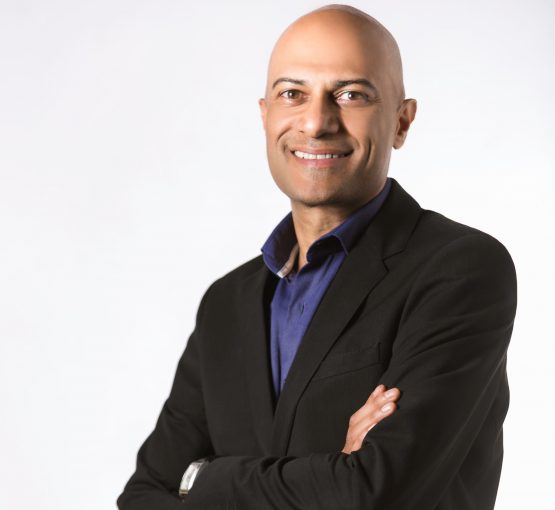 Sapoa and property company bosses have been very vocal about the spiralling cost of municipal rates and taxes over the past several years. Moneyweb reported in July last year that municipal rates and tariffs made up 63.9% of the commercial property sector’s operating costs in 2018, according to FNB’s Macro-Commercial Property Outlook report. This was up from around 41% in 2000.

Gopal cautioned that the move must be done legally and in accordance with a properly adopted policy framework. He says Sapoa plans to submit detailed comment on the Bill to Treasury.

“As a consequence, significant changes will need to be made to the relevant other [municipal] levies such as rates, to ensure that a development charge is introduced on a fair and equitable basis.”

Urban and regional planning economist Glen Robbins tells Moneyweb that the issue of development charges has been discussed “for well over a decade in municipal infrastructure and finance policy circles” so the new Bill is not a surprise.

“As always with municipal regulations/policy the national sphere tries to do something which talks across the wide range of municipalities,” he says. “The approach across municipalities has varied substantially and National Treasury has felt this undermines the scope of municipalities to legitimately use development charges to secure direct development revenue from expenses incurred.”

Keep flogging this dying horse ANC, good idea! Right up there with all your other ideas! What a great success everything around us is! Thank you!

What a great idea, keep taxing the dead horse, that should boost the economy and create jobs. Viva Comrades, Viva !

I wish this government would wake up and do as the Yanks do and incentivise people who want to buy-and-flip houses. Instead of charging a capital gains tax on the sale of each house they fix up, rather give the Flipper a window of time to roll profits into fixing up the next property before taxing them. This forces the Flipper to keep reinvesting his money and at the same time improving property values, it’s a no-brainer!

Where I live, the development cost of getting an electricity connection is already around R6000/kVA. So, for a journal entry – the cost of cables and switches and transformers is not in that number – a 1MVA factory is R6m. At typical manufacturing energy densities of say 100kVA per 1000 sqm the journal entry is R600/sqm. Add another 9k/kVA for MV switchgear and transformers and you are at R1500/sqm. Add property at if you are lucky in industrial 3000/sqm with a 50% bulk make that 6000/sqm for GLA. So 7500/sqm then add 12 for very basic construction.

Then reverse 20k into required interest after adding insurance, rates, maintenance, overheads and you must rent your basic factory at R100/sqm to break even.

At least this will boost the value of “used” properties 🙂

A “levy charge” is called a bulk contribution. Given that this is now R100m2 (roughly R1,0 mill/ha) coupled with a system that’s useless and slow, time delays, uneducated civil servants, greasing of palms (yes developers are expected to do this) coupled with this new development charge, cost of money, cost of land, will only but kill new developments

The way Government and local councils ,(who by the way are the problem and not solution) run this country, developers don’t have an appetite to invest in a country thats being run by looters, thieves and communists. These people earn a salary from our taxes, yet contribute ZERO to the economy. No one except a developer realizes how complicated it is to do a property development

How i wish the tax payer alone had the vote. These scoundrels would be voted out in a flash

It’s becoming clearer to me that they are targeting certain sectors of the economy..The tax payer cannot carry the burden any longer..Once they leave the country, where will the money come from to subsidize 55 million souls?

Why do we pay rates? It’s the Municipalities work to ensure services are available. Instead of trying to grow the economy by assisting developers, they’re kicking a dead horse. This additional burden over and above bulk contributions, purchasing of land, and infrastructure will halt development in most cities.

This just proves once again how short sighted this Government is. We are skidding on ice and pretty soon we’ll slip, fall and remain down

Brilliant idea. Hopefully that will end urban sprawl and encourage the rejuvenation of inner city decay