The five-star Fairmont Zimbali Hotel resort, near Ballito on the KwaZulu-Natal North Coast, has been closed since the start of the lockdown. Image: Supplied

On the day that President Cyril Ramaphosa announced the lifting of the Covid-19 international travel ban to South Africa, one of the country’s most luxurious internationally-operated resort hotels entered a business rescue process.

The five-star Fairmont Zimbali Hotel, near Ballito on KwaZulu-Natal’s North Coast, was effectively placed under administration on Wednesday.

Its owners IFA Fair Zim Hotel & Resort Proprietary Limited opted to go into a business rescue “to safeguard the interests of all its stakeholders”.

The decision comes in the wake of the Covid-19 economic crunch, which saw the hotel being mothballed since the start of the lockdown.

Read:
‘SA’s international tourist summer season may just have been saved’
Ramaphosa: End of the beginning

The company confirmed the business rescue move to Moneyweb in a statement on Thursday, saying it comes in response to the “unprecedented circumstances resulting from Covid-19 and the prolonged SA government-imposed State of Disaster” measures.

Fairmont Zimbali Hotel opened ahead of the FIFA World Cup in 2010 within the multi-billion-rand Zimbali Coastal Resort estate, in what was touted as one of the biggest foreign direct investment into SA’s tourism industry.

Kuwait-based IFA Hotels and Resorts was the investor.

“We have been in support of our president and the government’s reasons for implementing the initial lockdown period. However, the extraordinary circumstances of a prolonged lockdown – now day 176 and the longest in the world to date, with limited support from government – has eroded our revenue base,” noted Krambeck.

“The losses that will be incurred in a gradual return to normality with ongoing uncertainty and the possible threat of further restrictions is just not commercially viable. We’ve been left with no alternative but to apply for business rescue,” he said.

“The business rescue practitioner will formulate a rescue plan and ensure that the best way forward is found for all stakeholders in accordance with all regulatory requirements,” the company noted in its statement.

“All stakeholders and suppliers will be contacted by the business rescue team to plan the way forward in accordance with the processes as provided in the Companies Act.”

South Africa’s five-star hotel segment has been particularly hard hit by the Covid-19 lockdown, with much of its business coming from foreign tourists and corporates. Many larger high-end establishments remain closed, including the likes of the Mount Nelson, Table Bay Hotel and Westin in Cape Town.

With the gradual lifting of international travel bans as of October 1, as announced by Ramaphosa on Wednesday, some of these hotels are now expected to open. JSE-listed Sun International, which owns the Table Bay Hotel, confirmed to Moneyweb that the hotel will reopen on November 1.

Meanwhile, the North Coast’s iLembe Chamber of Commerce, Industry and Tourism (ICCIT) has expressed concern about Fairmont Zimbali Hotel’s coronavirus-induced woes and the possible impact on the local economy.

“It is a setback and demonstrates the impact that Covid-19 has had on the tourism industry in general,” Cobus Oelofse, ICCIT CEO told Moneyweb in reaction to the news.

“Fairmont Zimbali was one of the initial catalysts of the property development boom around Ballito and the wider North Coast more than 15 years ago, when IFA Hotels and Resorts made the Foreign Direct Investment (FDI) into Zimbali as part of an initial joint-venture with Tongaat Hulett,” he pointed out.

“The hotel component going into business rescue is not just a negative for tourism, but from the perspective of FDI too, taking into account IFA’s involvement,” said Oelofse.

“I’m not sure what is going to happen… However, the hotel is operated by a reputable international hotel group [Fairmont/Accor] and is an iconic property, so I am sure there will be significant buyer interest. We hope the business rescue process will see the hotel reopening as soon as possible,” he added.

From here to bankrupt.

I wonder which thieving cadre has his eye on it.

Another one bites the dust!

Thank you ANC, creators of destruction and mayhem!

This is just the beginning and Cyril’s kind request is that we dance! (To the Council’s tune)

Yep, and business rescue is just there to make sure it all happens slowly.

No surprises there. Most of the local tourist industry’s business model seems to have been aimed at foreigners or super rich locals. Even modest holiday flats in the Ballito area, close to Zimbali, were completely priced out of the range that an ordinary office worker could afford. I do feel sorry for the owners, but perhaps it’s time to stop attempting to gouge the local travelers.

Yes. They don’t think. Most of these places aimed at tourists. Drop your prices to accommodate South Africans, get some revenue in. It’s better than nothing. But they are very quick to complain. Places completely closed. Makes we wonder which type of business people these are?

Agree, Poms and Europeans can get 7 day all inclusive holidays with flights anywhere in Europe for almost the same price of a a plane ticket to SA, once here they get fleeced even further plus they run the risk of becomming a victim of crime. The old “but they have pounds so can afford it” is total BS, yeah there is an upside but to think just because you earn R20k a month here doesnt automatically mean they earn £20k pm there.

I wonder what his plan is when the faithful 4% have been chased out. Brent for August settlement dipped 0.8% to $117.05 a barrel on the ICE Futures Europe exchange. 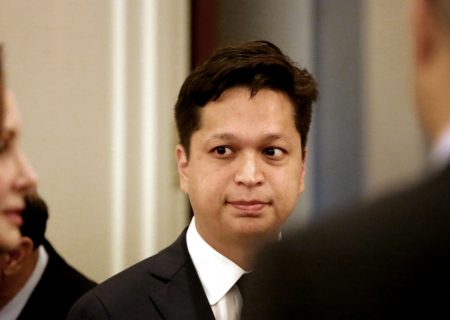