Its share price on the London Stock Exchange (LSE) has underperformed the FTSE EPRA/NAREIT UK Index, which is made up of the LSE’s 35 biggest real estate stocks, by nearly 26% over the last five years.

On the JSE, its share price performance has been just as gloomy and has slid by 26% since listing in 2013.

CEO Mike Watters admits that this is a headache for the Reit: “We have not produced the type of returns that some South Africans are looking for predominantly because we are in a geography [the UK] where there is low growth and inflation has been almost zero,” says Watters.

If you invested in Redefine International’s stock in 2016 you would have achieved a negative total return of 40.7%, while the top-performing stocks were mostly SA-focused counters.

Not only have Brexit (the UK’s imminent exit from the European Union) jitters weighed on UK Reits, but so has the 25% gain in the rand relative to the pound in 2016. Of course, offshore property stocks are more sensitive to rand exchange movements than SA-focused stocks.

Watters said the share price slump was due, in part, to Redefine International’s different sets of shareholders: UK shareholders that focus on total returns (share price growth plus dividends paid) while South African shareholders are purely income focused (dividends only).

To appease all shareholders – among them Redefine Properties, which owns 30.1% – Redefine International has moved to a European Public Real Estate Association dividend metric, which means that it will retain more earnings rather than distribute them as dividends. It will initially pay 95% of its earnings as dividends and reduce the percentage down in the next three to five years.

“We are saying to shareholders that we believe that we can get a higher return on some of the capital that we have been paying out before and use that to strengthen our balance sheet in more volatile times with Brexit and Donald Trump,” says Watters.

The work to retain cash and strengthen the balance sheet has begun; the company has sold properties worth £100 million (R1.6 billion) pounds in the past 11 months, including its 49% stake in four German office assets in January and an office block in Manchester, UK.

The proceeds will be reinvested into value-accretive opportunities and used to reduce debt. On the latter, it plans to reduce its gearing from 53.4% to between 45% and 50% in its 2017 financial year.

Nesi Chetty, head of property at MMI Investments & Savings, says the restating of Redefine International’s earning base means that there’s little management need to do to grow this year and in 2018.

“They have a very conservative balance sheet. A large part of cash might be retained for property developments. The next year will be critical as the market will be watching what they will be delivering.”

Working in its favour is a positive yield spread. It has low debt costs (3.3%) and higher yield on properties (between 7% to 10%), he adds. Trading at R5.88 at the time of writing implies a dividend yield of about 7%, which Chetty rates as “exceptionally high”, offering value.

Despite Redefine International’s turnaround efforts, sentiment towards UK-focused Reits has been knocked by Brexit, a process that is expected to take up to four years. The company’s property director Adrian Horsburgh, says it’s business as usual and that its property portfolio is defensive.

Redefine International owns a £1.53 billion (R25.4 billion) property portfolio made up of retail, office, distribution warehouses and hotel properties in the UK and Germany. About 77% of its portfolio is based in the UK’s south-east towns including London, Manchester, Leeds and Bristol while 33% is in German towns Berlin and Hamburg.

Horsburgh says its properties haven’t had an adverse effect in terms of its letting activity as it maintains a 97.7% occupancy rate and a weighted average lease period of 7.8 years across its portfolio. “We are in London but not the perceived risky Brexit areas.”

Anchor Stockbrokers’ head of research, Craig Smith, says London office properties would appear to be the sector most at risk following the Brexit vote as some financial services companies are considering relocating to Continental Europe because of the potential structural changes to the UK economy including giving up full access to the EU.

“There is still strong demand from foreign buyers, particularly those from Asia, for exposure to UK real estate (particularly London real estate assets) – the devaluing pound rate also makes this a more compelling entry point into the market for many foreign investors,” says Smith.

Ian Anderson, chief investment officer of Bridge Fund Managers, isn’t convinced. “There is still a significant amount of uncertainty around the timing and impact of Brexit. Anecdotal evidence suggests there has been a limited impact on property values in the UK, but then the UK is still part of the European Union and the process of exiting hasn’t even begun yet.”

Due to this, Anderson finds more value in SA-focused small- and medium-sized listed property companies that have little or no offshore exposure.

Since when are South African property investors purely income focused?

This is an invention in the minds of these South African managers who have migrated to London, Europe and Sydney who now after a decade are still bottom feeders having to make do with B & C grade properties and the attendant higher finance costs.

The result is poor total returns and the need to con the South African investors into believing that they are the income saviours.

My fellow South Africans, do not fall for these wealth destroying soothsayers! All you are doing is paying for a South African to live the life in London, Europe & Sydney.Have a look at the excessive salaries these managers are drawing (Stenham wins the prize here) and you will soon dump this rubbish!

These SA connected offshore REIT managers are using you to peddle a questionable story. It is time for you to interrogate their poor relative total returns and form your own opinion – even if they have paid for overseas junket.

You are causing damage to your reputation by regurgitating this high yield (and inconsequential capital growth) nonsense that they are feeding you.

Jomba you’re completely right that the industry as a whole take obscene fees! – that unfortunately doesn’t destroy the investment case. Consider RPL’s 7.5% dividend yield, which is also in foreign currency (so over the long term you can add on return for Rand depreciation). On a diversified asset base run by a very effective management team.

The share price does look dismal – No one saw Brexit coming, and the on-going Brexit divorce promises turbulence ..but such macro market shocks have historically been excellent buying opportunities for valuable assets going cheap. 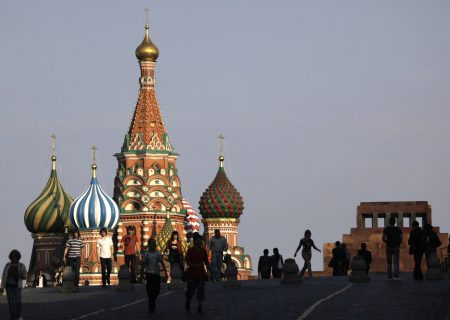