Vukile Property Fund has joined counterparts who have explored offshore markets for growth opportunities in recent years. Now, the company plans to shore up investments in Spain.

The lack of quality deals and growing political and economic uncertainty in South Africa has prompted Vukile to acquire an 87% stake in Spanish real estate company Castellana Properties for €13 million (R188 million at the time of writing).

The acquisition of Castellana adds scale to Vukile’s offshore investments, which include an existing 29.5% stake in UK-focused Atlantic Leaf Properties.

Speaking after the release of Vukile’s results for the year to end-March on Wednesday, in which it grew dividends by 7.1% to R1.56 per share, CEO Laurence Rapp (pictured) said the company’s Spanish investment serves as a platform to grow its Europe exposure. “We are actively looking at retail opportunities in Spain to build the company [Castellana] with assets,” said Rapp.

Castellana owns two call centre properties in Spain and Vukile’s cash injection into the company will be key for other upcoming acquisitions. Castellana was initially on the radar of sector heavyweight Redefine Properties but it opted to make a foray into Poland via a R4 billion acquisition of a stake in Echo Polska Properties last year.

Rapp said retail property assets valued at €200 million have already been identified for Castellana, which might be concluded in the next three months. At work to fund the deals is Vukile’s R1.5 billion war chest of existing cash and debt facilities that have been dedicated to its offshore investments. Also, Vukile’s gearing of 23% can be raised to 35%.

Over the last five years, Vukile has focused on transforming its property portfolio by selling underperforming properties and growing its portfolio of shopping malls. This has paid off as the value of its direct property portfolio has swelled from R5.4 billion in 2011 to R13.1 billion during the period under review, with its exposure to the retail sector equally growing from 53% to 91%.

Vacancies across its portfolio grew to 4.3% and rental escalation grew to 7.4%.

South Africa’s anaemic economic growth, rising interest rates, high property valuations and lack of quality property deals has prompted South Africa-focused property to look for deals outside of their home market. “At a macro level, South Africa is challenging and we need to look to new horizons for growth. There are large property markets abroad and property fundamentals in Europe are great,” said Rapp.

Much of the deal flow by local property companies has largely focused on the UK and former communist countries in Central Eastern Europe regions including Poland, Romania, Slovakia, Serbia and the Czech Republic.

The Spanish economy has shown signs of recovery in recent years after falling into a recession from the 2007/8 global credit crisis. The International Monetary Fund expects Spain’s economy to grow by 2.6% in 2017 on the back of consumer consumption and growing tourism industry.

However, rental growth on properties is still below pre-credit crisis levels.

Despite the uncertainty created by the UK’s decision to exit the European Union, known as Brexit, Vukile will continue to shore up investments into Atlantic Leaf. Rapp said the UK market is still stable given its solid consumer spending, skilled workforce and position as the fifth largest economy in the world. 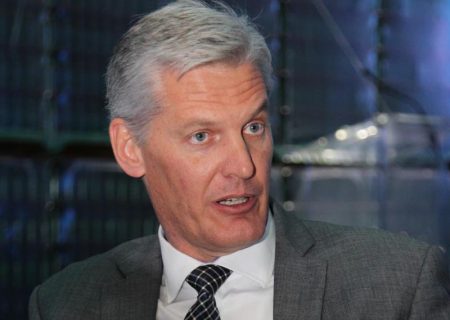