SA’s only JSE-listed self-storage property fund exceeds its prelisting targets, as it looks to build a track record for domestic investors.
By Ray Mahlaka 20 Jun 2016  00:29 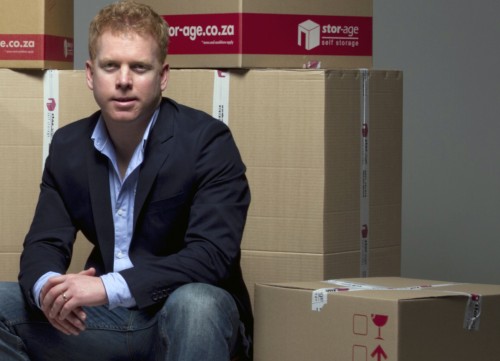 When Stor-Age listed on the JSE last year as the first niche operator and owner of storage facilities in SA’s listed property sector, many property punters were probably less familiar with its offering to the market.

Self-storage Real Estate Investment Trusts (Reits) in the US have been all the rage. New York Stock Exchange-listed Public Storage and Extra Space Storage, the kingpins of self-storage Reits in the US with a market capitalisation of $44 billion and $11 billion respectively, have no doubt created a compelling investment case for the asset class.

It appears that income-chasing investors in SA are starting to warm up to self-storage as an alternative to the usual property companies investing in retail, office and industrial properties.

Stor-Age, which had an oversubscribed initial public offering in November by successfully raising  R1.4 billion from its initial target of R820 million, has since attracted juggernaut institutional investors such as Investec Asset Management, Stanlib, Coronation Fund Managers, Old Mutual Asset Management, Catalyst Fund Managers and others.

Other investors, among them Grindrod Asset Management, have not invested in Stor-Age due to the frothy valuations the counter’s stock commanded at the time of listing. But it’s now trading off a one-year forward yield of about 8%, which is attractive compared with the whole sector’s 7%.

Grindrod Asset Management has been overweight in self-storage in its global Reit portfolios, as the sector is mature in the US. The asset manager’s chief investment officer Ian Anderson says self-storage has been one of the best-performing sectors in the US over the past three years, as occupancy rates (or customers renting self-storage facilities) have moved to record-high levels. “The market in SA is significantly less mature and there’s not a lot of data to analyse in order to gauge trends,” he adds.

Stor-Age is starting to build a track record in the listed space, having already exceeded its prelisting targets in its maiden results since listing. For the four-and-a-half months to March 31 2016, the small-cap counter (market cap of R1.3 billion) declared a dividend per share payout of 30 cents– which is 4.7% higher than its listing forecast. The company also reported rental income of R54.9 million, which is 3% higher than its initial forecasts. Stor-Age saw its annualised average rental rate across its storage facilities grow by 11.4% and occupancy grew to 86% from 82.7% at listing.

Stor-Age CEO Gavin Lucas, who co-founded the company ten years ago together with fellow charted accountant Steven Horten, says its results are indicative of the strong demand for storage space even during tough times.

Lucas tells Moneyweb: “Self-storage is a ‘needs-based’ product, which makes it resilient during different economic cycles. In both good and tough times, people go through life-changing events and require flexibility, for instance when performing renovations at home or moving…. the same for businesses which also require flexible space options.”

It also stands to cash in on key demographic drivers such as the emerging middle class requiring storage for their possessions and the retirement of baby boomers leading to a lot of home downsizing.

Stor-Age, which only had one storage facility in 2006, now owns and operates 24 storage parks across the middle- to upper-income residential areas in Johannesburg, Pretoria, Cape Town and Durban, collectively valued at R1.4 billion. It has a R1.3 billion pipeline of 19 storage facility properties (nine are currently trading and the balance are under construction or in the planning phase).

Ma says the company’s balance sheet remains strong, with a very conservative gearing position of 8.7%. Stor-Age has a gearing target of 25% to 35%. “This enables the company to have sufficient access to capital for future growth prospects,” she says.

However, given the short track record of both the self-storage industry in SA and Stor-Age as a public company, Anderson says investors supporting the company are looking at the management team and the platform they have created.