Developers who have won the right to rejuvenate old buildings and build affordable housing in the city will need to hit the ground running.
Tebogo Tshwane  /  30 April 2019 00:01
8 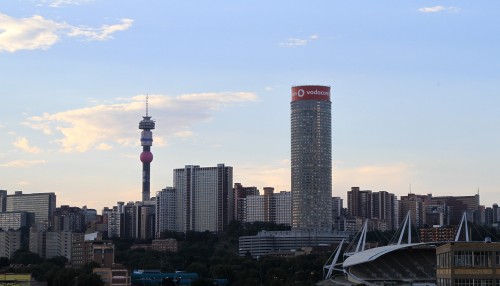 There is a yearning for affordable rental accommodation in SA, says one of the developers involved in the inner-city rejuvenation project. Picture: Nadine Hutton/Bloomberg

There was an air of hope and excitement at the State Theatre in Johannesburg when developers who dared to inject R20 billion into the city gathered to be recognised for their role in a rejuvenation scheme that is set to mark the rebirth of the City of Gold.

“Where people said ‘no one will invest there’, we ended up [being] inundated with people who wanted to invest there,” said city manager Ndivhoniswani Lukhwareni.

Over 171 bidders responded to Joburg Mayor Herman Mashaba’s 2016 call to turn Johannesburg into a building site. In the end, 24 development blocks consisting of a total of 84 buildings were awarded to developers on free long-term leases, with construction expected to begin in the next six months.

Run-down areas to be transformed

The projects include affordable housing, student accommodation and new retail spaces in some of the most run-down areas in the CBD, Yeoville, Berea, Vrededorp, Fairview, Salisbury, Marshalltown, Wolhuter and Turffontein. No building plans have been finalised yet but the city expects to see thousands of units, with a commitment that 20% of each individual development cater for rentals at R900 per unit per month while the rest can go up to R4 500.

Now the hard work begins, with each developer expected to solidify its promises by signing contracts with the city and establishing their individual implementation plans in the coming months.

Speaking at the theatre, where the names of the developers were revealed, City of Joburg Property Company CEO Helen Botes said the city wants to ensure there are no delays in kicking off the scheme, especially with regards to issues such as funding.

In the next two to three weeks developers will need to finalise their funding plans (based on the models they previosuly presented to the city) before they sign their contracts, which should happen on May 15.

“If you don’t have a firm commitment from the bank we go to the second bidder so that there is no delay, so the process is seen as competitive,” she said.

A mixed bag of financial investors have made commitments to support the scheme, such as the Social Housing Regulatory Authority and commercial property development financiers Tuhf, Absa, First National Bank and Investec.

Musah Makhunga, head of strategic management at Joburg Property Company, told Moneyweb that the capital reverification process with the developers will happen in parallel with finalisation of the implementation plan.

Makhunga says the implementation plan will determine the terms of each developer’s contract with the city, outlining the timelines of the projects and the penalties that will apply in the event of non-delivery. This will differ from project to project, as each one comes with its own challenges.

He adds that in the next six months, the city and the developers will be building in time to engage with tenants in some of the occupied buildings.

“People are not like furniture – you can’t just move them,” says Makhunga. “When you move people, the city leads in that process; it’s not just the responsibility of the developer. Quite a number of stakeholders are involved in making sure that [we] comply with the laws of the country.”

Makhunga says these developments include vacant buildings and land owned by the city that will be refurbished according to the affordable accommodation standard beforehand, as the city is not “looking to find another old building with tenants and dump people there”.

Asked whether tenants will be able to afford to move back into their newly refurbished homes when only 20% of the units are required to be capped at the R900 rental price, Makhunga said the city’s survey of what people were paying revealed that they were paying more than that.

“The difference is they are paying someone who hijacked the building, or some slumlord,” he said, adding that the temporary accommodation won’t be free either but will be “affordable” and residents can decide to stay there as opposed to moving back to their former buildings.

He said the buildings that have been awarded to developers were largely vacant to prevent having to move too many people around without having the capacity to rehouse them while the city pilots the rejuvenation project.

Instratin Property Developers was awarded four projects, all of which are ‘greenfields’ or undeveloped in nature. Three will be developed to provide affordable property options (an estimated 1 800 units) while the fourth will  provide student accommodation (700 beds). The cost of development will be approximately R960 million.

This isn’t the company’s first rodeo – Instratin has a housing and student accommodation property portfolio worth about R2 billion.

Instratin chief executive Muvhango Netshitangani says this is the “only” market.

“Everybody in South Africa is yearning for affordable rentals because it’s difficult to get credit, and buying a house is a little more difficult. Student accommodation is in a crisis as more than 50% of the student body don’t have housing.”

Atleast Herman Mashaba can be proud of a legacy he will leave behind in that he took a concerted initiative to rejuvenate a city the ANC government once left to rot for 20 years.

He has made it the corner stone of his mayoral term.

We all know they are good at ideas, not so good in delivering them.

The article does not provide any rationale as to why the areas will be turned around.

Following over 23 years of ANC doing nothing in the inner city of Joburg, there is no turn around in a short space of time.

The inner city is a ghetto and initiatives like this will entrench this.

The Council does not understand the economics of property development.

I doubt this is going to turn the place around. Sorry, but the demographics of Joburg does not bode well for such developments without major control.

Good luck and hopefully a very tight rein will be kept on the developers to ensure the usual BBEE debacles don’t repeat themselves.

Yep – Maboneng should be a case study for this project.

Maboneng should not be used as a case study. I would not pay R9000 on a one bedroom apartment or over R2m for a penthouse in New Doornfontein.

I suppose one has to start somewhere. Perhaps another way would be to enforce law and order first. It does not require more investment, just a true will to ensure safety and security. That should spur businesses to go back and trade in the CBD. Once there is money there it will draw people who want to live there as well because they can see the area is safe and their investment should increase as demand increases and people return to the city. This sounds like R20billion looking to be burnt on hope….