‘We have the support from shareholders and the public’ – Bonatla CEO 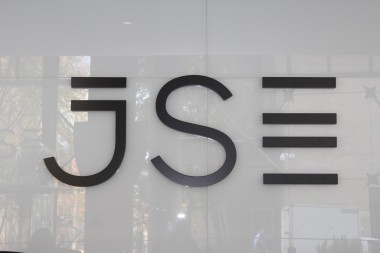 Niki Vontas, the CEO of Bonatla Property Holdings – on which the JSE has imposed a public censure – says he won’t fight the listing regulator and will take the sanctions imposed on him.

“I accept the censure in my personal capacity … to go and fight the JSE could last three years,” Vontas told Moneyweb.

On Monday, the JSE imposed a censure on Bonatla for causing it to lift the suspension of the company’s shares when it was not appropriate to do so.

In 2004, Bonatla was suspended for not publishing its financial statements on time. This came at a time when the company was disposing all properties in its portfolio. Its suspension was lifted in 2009 when the JSE gave it a second chance to reconstitute its asset base by acquiring properties.

Subsequent to this, the JSE launched an investigation into Bonatla which lasted more than four years, drawing to a close in January. The investigation also resulted in a fine of R500 000 being imposed against Vontas (of which R250 000 is suspended for 24 months) for misleading the JSE, by providing written undertakings for lifting Bonatla’s securities in August 2009.

In its investigation, the JSE also took a swipe at Bonatla for contravening listing requirements including: failing to ensure full and timeous public disclosure regarding the activities of the company that are price sensitive, and disregarding the standards of disclosure needed to promote investor confidence in the market.

The contravention relates to Bonatla’s two key operational issues which stem from August 2009. The first relates to the company’s operational forecast for January to December 2009 which, at the time, Bonatla said it could achieve in 2009. But its operational targets were achieved in 2010.

Vontas says it corrected the issue through its interim results in September 2009, “less than one month after it was announced [on a JSE circular]. The JSE picked it up only later.”

“If we wanted to mislead the market, we would have not included the correction in the interim and annual results,” Vontas told Moneyweb.

The second issue relates to the transfer of properties into Bonatla’s portfolio which it declared to the market, but was not successful. Vontas, who was part of Bonatla’s listing in 1997, says instead of the property being transferred to Bonatla, the company decided to acquire the company that owns the property.

The JSE found that Bonatla failed to publish “a clear and precise announcement” as soon as the company became aware of the unsuccessful transfer of properties.

“I have no gripes at all, but I take the brunt as the CEO. Personally I am at peace,” Vontas explains

Shareholder activist Theo Botha said it’s a daring move the JSE has made towards Vontas, as “it is not often you see a Sens [announcement] like that.”

“The onus is now on shareholders to ask questions and issues on what is happening in the company,” Botha told Moneyweb.

Despite the corporate governance issues, Vontas says he has no doubt that shareholders have not lost confidence in him and the company.

“When you are suspended, you have to respond to capital requirements and regulations. You have to find the resources to continue with the business. The shareholders put money where their mouths are and funded us. We have the support from shareholders and the public,” Vontas says.

Mr. Botha, questions are not answered. It has now been 6 yrs since Bonatla took over Bluezone investments. We now have neither ‘bricks’ in which we initially invested nor shares. We were promised payments for approx 3 yrs until we were told to watch the SENS reports and that there would be no further correspondence w e f July 2013. We were also told that the lump sum payment would be delivered in Nov/Dec 2013. I have attempted to contact Bonatla as well as the FAIS Ombud countless times with no joy – so asking questions is useless. Thank you for this article which actually tells zilch.

We reported Bonatla to JSE many years ago about abuse of Sens announcements and questionable business ethics. No action taken. We won our case against Bonatla and got our money and interest and costs – my advice to those who want Bonatla to perform is to sue them and persevere as YOU ARE ON YOUR OWN – no regulator will protect you.

Dear sir, please contact me, i am also one of the bluezone investors and need to speak to you. I am also an attorney.
Please email me at bothapret@gmail.com

I have been one of many like Sugnet Strauss, that has lost money in Bonatla, after the Bluezone take over and the surrendering of our shares into Bonatla.

If there is anybody out there that can give any information, or is in the same position to find a way forward to recover the money we trusted in there hands, please come forward.

Let us stand together.

I am also an bluezone investor, please contact me on bothapret@gmail.com. I am also an attorney so let us see if we can get a plan of action.

I have sent you mail on Wednesday.

Hope you got it.