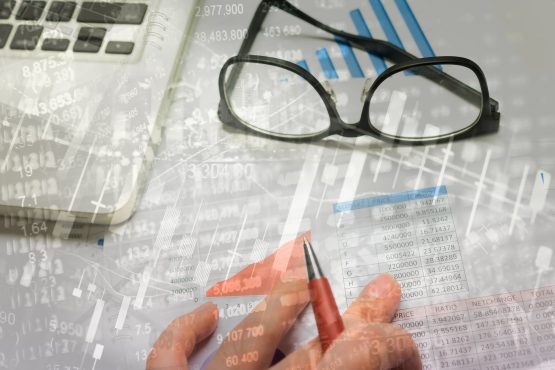 Investors should view any underperformance in context. Image: Shutterstock

The past decade has not been the easiest for local investors, mostly due to the weaker than normal performance from JSE-listed stocks. From the start of 2010 to the end of 2019 the FTSE/JSE All Share Index delivered an annualised return of 10.8%. This is meaningfully lower than its long-term average of 13.7% per year.

It is worth taking into consideration that inflation in South Africa has also been below its historical average over this period. It came in at around 5.1% per year, as opposed to 6.4% over the long term.

Even adjusting for this lower inflation, however, the JSE’s returns have been below average. Instead of real returns of more than 7% from local stocks, investors have only enjoyed real returns of less than 6% per year.

This has understandably had an impact on the performance of South African balanced funds. Looking at their returns since inception, the best performing multi-asset high equity fund over the long term – the Allan Gray Balanced Fund – has given investors 15.9% per year. The best performer over the last 10 years, the Rezco Value Trend Fund, has managed only 11.9%.

This is not just the case at a general level, however. Looking at the more recent performance of individual funds and comparing them to their own long-term averages is revealing.

The table below lists the 10 best performing South African multi-asset high equity funds based on their returns since they were launched. These ‘since inception’ returns are not directly comparable to each other since the funds were all started at different times. They are only used to determine which funds have the best long-term track records.

For investors, what is interesting is to compare these long-term performance records against what each individual fund has been able to achieve over the last five and 10 years.

Without exception, these funds have been unable to match their historical returns over the past decade. Equally, their five-year returns are even lower again.

That is not surprising. The environment since 2010 has not been conducive to repeating the high returns enjoyed during other periods. The past five years on the JSE have been particularly unsupportive.

The first thing worth noting, therefore, is which funds have managed to deliver the highest level of consistency despite these circumstances. The Investec Managed Fund clearly stands out on this measure, given that its five- and 10-year returns are both within 30.8% of its long-term average.

No other fund shows a deviation of less than 46.7%.

The Investec Opportunity Fund and Prudential Balanced Fund are next best in this regard.

Conversely, three funds show five-year annualised returns that are more than 60% below their long-term averages – the Foord Balanced, Nedgroup Investments Private Wealth Diversified Growth, and PSG Balanced funds. For all three, their five-year performance is also lower than the category average.

By both measures, these funds have done poorly over this period. The question is how disappointed investors should be about this.

Bear in mind that all three have significantly outperformed their peers over 10 years. Based on their returns since being launched, they are also three of the top-performing funds in this category over the long term.

Consider also that the PSG Balanced Fund actually outperformed for most of this recent period. As the graph below shows, it had an excellent shorter term record until August 2018. It however suffered a year of significant underperformance until the last quarter of last year. The fund’s weak five-year numbers are therefore really the result of a bad 13 months. That is not particularly significant in the context of its longer-term record.

The need for patience

It is important for investors to appreciate that periods of underperformance are inevitable. No fund can be at the top of the pile every year.

Read: Why it’s so difficult to pick a good unit trust

It is therefore necessary to see any underperformance in context. Despite its weaker performance over the past five years, for instance, the Foord Balanced Fund has still given investors a return of almost inflation + 5% over 10 years. That is real wealth creation.

Particularly over a period in which no fund manager has really looked all that clever, investors shouldn’t be too eager to ditch funds with proven track records. In the short term, even the best funds can look pretty mediocre. But it’s what happens over decades that really counts.

Analyse the performance of flexible funds (worldwide and SA) to get a real sense of ‘manager skill’. The proposition is that we should hand over funds to them because they have the skills to navigate tough markets better than the average investor. Flexible mandates give them the space to show us this skill. Test that over the past 10 and 5 years Patrick…will make for interesting reading.

An SA Income fund would have beaten most balanced funds in the last 5 years. The SA flexible funds really have not impressed at all.

“For investors, what is interesting is to compare these long-term performance records against what each individual fund has been able to achieve over the last five and 10 years.”

No, it’s not, in fact it’s completely meaningless. There is no reference to some kind of benchmark return to put all these numbers into perspective, the returns being compared over time are shown in nominal rather than real terms, and the long-term returns are measured over different periods.

Patrick compares the performance with the JSE all share (presumably TRI ),10.8% according to him above over 10 years.
What benchmark do you propose for a high equity balanced fund?

Of course, benchmarking is a problem with multi-asset funds, but you can use a bog-standard high equity asset allocation model as the standard, typically with around 50% invested in SA equities, 25% in offshore equities, 5% in offshore cash/bonds, 5% SA property, 15% SA bonds, 5% SA cash.

Or you can use the returns of a strategic (rather than tactical) high equity fund that uses indexing. With minimal active management, that would show the value added with a tactical/active approach. In that regard, the 10X high equity fund springs to mind. This delivered a return of 11,2% pa over ten years to 2019, before fees.

The return of a balanced fund depends somewhat on its asset allocation, but far more on the return delivered by the markets for those asset classes.

It makes no sense then to rate the 5-year return of funds against their long-term return if one long-term return includes, say, the massive draw-down during the GFC period, and the other was launched at the end of 2009, and captures only the recovery period.

And there is no reason why they should be comparable, if inflation and market returns differed over the last 5 and ten years, compared to the period since inception. It just feeds the narrative that it is fund managers who ‘create’ a return out of nothing. They don’t, the returns are mostly produced by the market.

CV63 – talking about creating a return out of nothing….your benchmark:
50% invested in SA equities, 25% in offshore equities, 5% in offshore cash/bonds, 5% SA property, 15% SA bonds, 5% SA cash.”
adds up to 105% !!!
And the 10X High Equity fund has not been around for ten years. So unless they cooked those (before fee) numbers that is a fiction.

10X has been operating since 2009, and its high equity portfolio has an actual (not back-tested) ten-year record, even if it was not initially in the guise of a unit trust. Hence the return quoted was before fees.

As someone who manages my own portfolio while also having compulsory company pension funds (one in Allan Gray Balanced actually) I have to say the performance of these funds was not impressive. I actually compare the actual amounts deducted from my payslips in total with the value of my pension fund and I quickly realized that the growth percentages shown by the funds on their statements did not take into account the admin fee deducted from contributions. I.e. If R100 was deducted from my payslip and a R2 admin fee was charged my investment statement only showed the R98 that was unitized and growth was then calculated on the R98. This meant that even if the fund statement said I had a 5% growth over the past year in actuality I had less if the admin fee was taken into account.

This is my rant over, but just wondering if such omissions were also made in the percentages as in the article?

It would be impossible to publish comparable statistics taking into account admin platform fees , fees due to tax , advisor , TFSA , etc as every person or entity invested can be treated differently. My understanding is that the comparison is made between funds at fund manager level only. As long as one understands this “limitation” it can give meaningful data for comparison purposes. One can even see the effect of fees by comparing the effect of different share classes – at different fees – for the same fund. Eg A versus R share classes

Added to this, the 5% return that the fund manager states on their fact sheets is based on a lump sum investment at the beginning of the term. Those investing monthly wont see the same return.

Here’s another perspective. While I hate to argue in favour of investment managers, I do believe the South African expectations are a little high. Over the same period, the UK FTSE would have delivered 3.9% in an environment where inflation averaged 2.2%, so a net 1.7% return. The SA equivalent (using an average of the funds you list) is 5.3%. What really hurts is the 34% devaluation of our currency over the period and investment managers can’t control that!

Vlad the Impala 2 months ago

Not sure what data you are using, or whether you are confusing price with total return, but the FTSE100 has outperformed the JSE significantly over this period.