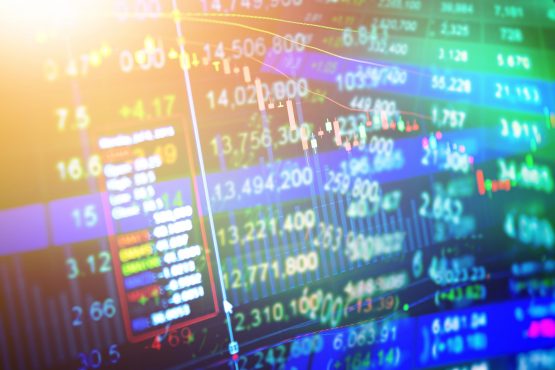 Substantial rises in the value of products tracking rhodium, palladium and gold prices has been a major contributor to the gains. Image: Shutterstock

The total value of South Africa’s exchange-traded product (ETP) market – which includes both exchange-traded funds (ETFs) and exchange-traded notes (ETNs) – grew by 29.6% last year. This took the total market capitalisation of these products to R100.1 billion by the end of December.

Figures provided by etfSA.co.za show that more than half of the total growth of R23 billion was due to price increases supported by favourable markets. The JSE All Share Index was up 12.05% for the year, the MSCI World Index rose by 21.65% in rand terms, and there were some sharp increases in commodity prices. All of these pushed up the value of funds tracking related indices.

An additional R10.5 billion did however come from new capital raised by ETP issuers – largely the result of new investment inflows.

The bulk of this was directed into products with direct exposure to commodity prices. As the table below shows, nearly 70% of the total growth in the market was due to commodity products.

The substantial rises in the value of products tracking rhodium, palladium and gold prices was a major contributor to these gains in 2019. However, the local market as a whole does have a significant – and unusual – skew to this sector.

“South Africa is unique in terms of this very large proportion of our ETPs being held in commodities,” says ETF strategist at etfSA.co.za Nerina Visser. “They make up around 40% of the total industry.”

It is also significant that local ETPs attracted meaningfully higher inflows than global products, despite the better returns delivered by international markets last year. In fact, very little new money went into global products at all.

Read: The top-performing exchange-traded products of 2019

This could be an indication that investors have grown wary of the opportunity for further growth in the US market in particular, which has enjoyed a long period of strong returns. Many analysts are worried about the risk of a correction there, while the local market appears to be presenting more value.

The growth in the local ETP industry last year also came despite two issuers announcing that they would be delisting a number of products.

In December, Absa delisted five of its NewFunds-branded ETFs. Investors were paid out in cash towards the end of the month.

These delistings did not have a major impact on the overall industry, however, as all five funds were relatively small. In total, they held less than R200 million in assets, which is just 0.2% of the market. Although it is impossible to know, it is also likely that a lot of the money in the NewFunds products would have been switched into similar products offered by other managers.

Of greater impact was the announcement by Deutsche Bank that it would be delisting the three ETNs it has managed on the JSE for many years. The total market capitalisation of these products is R5.5 billion, which is a far more substantial number.

“This has nothing to do with either the underlying investment indices or strategies, and very little to do with South Africa,” explains Visser. “It is almost entirely that Deutsche Bank, like many other global banks, is scaling back their global investment banking operations due to capital adequacy requirements.”

Since ETNs are effectively debt on the balance sheet of a bank, however, it’s not clear that the full R5.5 billion is actually money put into these products by investors.

“Because ETNs are balance sheet items, their size really represents the size of the balance sheet entry for the bank, not the open interest of what is held by investors in the market,” Visser explains. “So in terms of market capitalisation, it is going to take R5.5 billion off the ETP industry, but at least part of that was just held by Deutsche Bank, not investors themselves.”

The most significant delisting is of the Deutsche Bank Xtrackers MSCI China, as it is the only index-tracking product available in South Africa with exclusive exposure to the Chinese market. However, Visser believes there are other managers considering launching an ETF that will track this market.

Overall, Visser believes that together with the growth experienced in 2019, these moves in the market are a sign of the ETP industry maturing.

“It is a form of consolidation, and a very healthy sign,” she says. “Considering that the industry is 20 years old, it’s a sign that it is maturing. We also saw the merger of the Stanlib and Standard Bank ETF businesses, and I think these are good moves in terms of consolidation and getting economies of scale.”

SA is still way behind. If I am not mistaken more than 50% of the US market is held via ETF’s.

We need more education regarding these products but it seems we are going backwards.

Could not help noticing BDTV has seemingly canned their very informative program “The ETF investor”. Not sure why but there are numerous other programs that could rather have been canned.

The local industry can still add a few products.

In the US you get Exchange Traded Funds with management fees of 0.04% a year only.

Taking your bank transfer costs as well into account, the best option for an individual is to invest a lump sum tax free once a year into one good Exchange Traded Fund through Easy Equities.

And how do you propose the companies offering these ETFs make money?

The only way they could possibly become cheaper is if more people actually started using them the ETFs you are referring to @ 0.04% have hundreds of billions of USD invested in them.

100Bn rand in south africa isnt even a fraction of that so my point is this: Just be be patient, keep using your ETFs and once more people start catching on and the assets under management become larger you will start to see the costs plummet, but for now just be happy that you can pick up an ETF at a fraction of the cost of what you would pay Allan Gray to lose your money anyway.