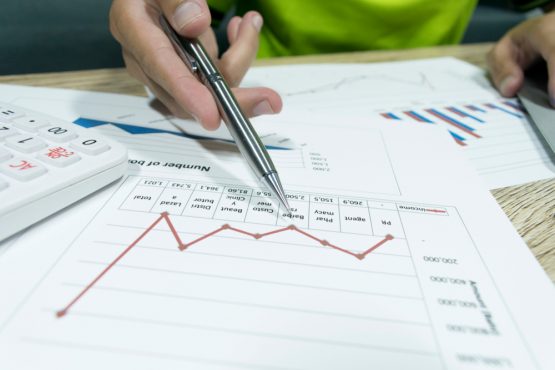 Almost anyone who put their money in 10 years ago and kept it there has seen their real wealth increase. All they had to do was stay invested. Image: Shutterstock

When investing, there is nothing more powerful than time. Staying invested, and allowing your returns to compound is the most certain way to grow your wealth over the long term.

This is plainly illustrated by the performance of South African unit trusts over the last 10 and 25 years.

Of the 418 funds available to retail investors with track records of longer than a decade, only one produced a negative return to the end of 2019. Only 11 failed to outperform inflation. Notably, this includes money market funds.

Put another way, 97.4% of local unit trusts successfully enhanced the wealth of investors since the start of 2010. More than half of them grew at an annualised rate of better than inflation + 3%.

Over 25 years, the record is even better. Every one of the 23 unit trusts with a track record that long beat inflation by at least 2.5% per year. More than half of them outperformed inflation by more than 4% on an annualised basis.

There is of course some survivorship bias in this sample – there are a number of unit trusts that have merged or closed over this time and their records are therefore not reflected. One can assume that many of them were shut because they were not performing.

Nevertheless, when considering those funds that are still available, almost any investor who put their money in 10 years ago and kept it there has seen their real wealth increase. All they had to do was stay invested.

That doesn’t mean all funds did equally well. There are some notable outperformers over the past decade.

Global equity funds dominate the list of the best-performing unit trusts since 2010.

Thirteen of the top 20 fall in this category, while there are also two global property funds on the list. In addition, two worldwide portfolios, which have the ability to invest in any market – the Coronation Optimum Growth Fund, and the Select BCI Worldwide Flexible Fund – also appear.

This is a period over which the rand fell by almost 50% against the dollar, from R7.40 to R14.10, and the US equity market grew well ahead of the rest of the world due to the performance of large tech stocks. Having offshore exposure over the past decade has therefore been extremely positive for local investors.

It is notable that six of the global equity funds underperformed the MSCI World Index. This illustrates that this outperformance relative to other local unit trusts was more a matter of market performance than manager skill.

The two standout funds on this list are, therefore, not both global equity funds.

The Old Mutual Global Equity Fund clearly deserves credit for not only beating the global benchmark by more than 4% per year over this period, but outperforming any of its peers by more than 3% per annum. That is a substantial difference.

The same amount in the next best performer – the Nedgroup Investments Global Equity Feeder Fund – would have climbed to only R478 107.

The other fund on this list to deserve equal recognition is the Centaur BCI Flexible Fund, which is limited to 30% offshore exposure, and in fact has been well below that throughout this time. It has predominantly been invested in South African equities, and yet has managed to beat the FTSE/JSE All Share Index by close to 5% per annum.

What is also notable about this list is how different it looks to the one Moneyweb published two years ago. To the end of 2017, only one global equity fund was amongst the top 20 performers over 10 years.

Over that period, 13 of the top 20 were property funds. There is not a single one of those left today.

In fact, only three funds appear on both lists: the Old Mutual Global Equity Fund, the Nedgroup Investments Financials Fund and the Coronation Industrial Fund.

This shows that, even when looking over the long term, the performance of different regions and market sectors can shift significantly. Just because local real estate had performed so strongly to the end of 2017 was no guarantee that it would continue to do so. On the contrary, the FTSE/JSE SA Listed Property Index has fallen nearly 13% over the last two years.

Investors should heed that lesson when looking at the most recent table as well. The performance of global equity funds over the last decade is no indicator of what will happen in future. The best strategy remains a diversified approach that gives you exposure to different sources of return so you can feel comfortable remaining invested over the long term.

Thanks for this. And if you add into this calculation the performance of non-SA listed foreign equity funds (technology, health care, demographics, biotechnology etc.) over 10 years the outperformance of offshore funds to SA funds is even more astonishing. I feel very sorry for those local investors who swallowed the “local is lekker” story and stuck to their SA equity funds. Many investment advisors and columnists were also very critical of those who advocated offshore investing…but nowadays they are nowhere to be found.
It is vitally important for most investors to dramatically increase their offshore exposure, considering the unfolding economic collapse happening in SA right now. No-one can say that they haven’t been warned, time and time again. Reg 28-controlled pension funds have not beaten inflation and cash for over 6 years now, and the bulk of SA retirement fund members are heading towards a vastly underfunded retirement.

I would urge you to read the last five paragraphs again.

Your argument that a well diversified portfolio guards against risk is correct, however a Reg 28 fund with a 75% weighting towards SA is not well diversified. SA makes up less than 2% of the MSCI world so by having a 75% allocation to SA forced upon you one has a massive overweight p;osition in SA.

The facts will prove your last statement largely incorrect. Furthermore underfunded retirement positions actually has many causes and very seldom is it investment performance in isolation that it the cause.

In light of the article’s conclusion, what exactly is the point of the ranking table?

As the author has previously indicated (and substantiated with the numbers), past performance (even over the long term) does not predict future performance, and should not be used to pick a fund manager. It is luck (good or bad) that sees funds ending near the bottom or the top of these ranking tables. It takes decades of performance to prove real skill.

The real story here: how many of our global equity funds beat the MSCI World Index (or whatever the relevant mandate/benchmark is)? What was the potential upside to go active rather than track the index, what was the potential downside? Was it worth taking active management risk for the majority of investors?

If past performance is no indication of future performance then it is save to say there is no skill involved in picking stocks.

I remember when everyone and its mate were listed property experts, the sector that will grow forever and a day – Yield, Price Valuations, things for fools missing out.
Look at the comments on International investment, I am getting some Dejavu.
It is called herd mentality, and before I get stoned think about Greece’s Government debt crisis of 2015 and the terrible performance of the resources sector in 2016. Both opportunities to invest.
Just a different perspective…………..