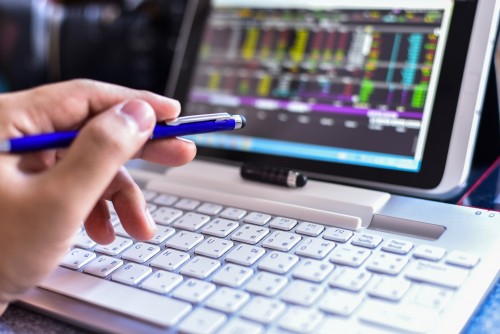 South African investors are having to look harder to find stocks that benefit from a weaker rand after the currency’s plunge spurred the fastest gains by gold miners on record.

Companies that earn in dollars and incur costs in the local currency have soared, with the FTSE/JSE Africa Gold Mining Index more than doubling since December as the rand slid to an all-time low. The gauge rallied 35% in January, the biggest monthly advance since Bloomberg began compiling data in 1995, while commodity producers from Harmony Gold Mining Company to Anglo American Platinum are all among the top ten gainers this year.

“We have been cutting some exposure as the gold miners have risen,” said Andre Steyn, the founder of Steyn Capital Management in Cape Town, where he oversees the equivalent of $500 million. The money manager cut holdings in gold stocks by almost half after nearly doubling returns to keep the shares within 5% of net asset value, he said. “They are very volatile businesses and we need to size them appropriately for risk management.”

While mining companies have rallied on the back of the rand’s 27% depreciation over the past 12 months, the industry is grappling with lower commodity prices, strikes, unreliable power supply and uncertainty over black-ownership rules and mining legislation.

That may benefit businesses like Master Drilling Group as companies push to lower costs, according to Daniel Spoormaker, a money fund manager at Peregrine Holdings, which has about $6 billion in assets. Spoormaker owns shares in Fochville, South Africa-based Master Drilling, which manufactures and operates drill rigs used underground.

The stock has dropped 18% since reaching an all-time high in June, underperforming South Africa’s benchmark equity index over the period, which Spoormaker said presents a buying opportunity even though the investment in Master Drilling hadn’t been that profitable yet. “We might hold onto it for a few years,” he said.

Master Drilling, which expanded into Europe last year with the purchase of a stake in Bergteamet Raiseboring Europe to gain operations in Sweden, Norway and Finland, this week unveiled new boring technology that will lower costs, accelerate drilling speeds and reduce labour, chief executive officer Danie Pretorius said by phone from Cape Town.

The shares rose as much as 7.9%, the most since January 27, and were up 6.6% at R12.79 as of 9:52am on Thursday in Johannesburg, with share volumes reaching 48% of the three-month daily average. The five-member gold index jumped 7.5% to head for the highest since February 8.

“Master Drilling is a neat little company, but reporting in dollars is likely to mean earnings volatility,” said James Faircliff, a fund manager at Tower Capital Management in Johannesburg, where he helps oversee the equivalent of $155 million. “However, as a rand shareholder and at the current valuation level, it does look compelling.”

While real estate investment trusts are down this year after being among the top performing asset classes in 2015, property companies with offshore exposure, such as New Europe Property Investment, still present opportunities, he said. Mid-sized companies such as Super Group, a freight manager, Hulamin, an aluminum producer, Metair Investments, an auto-parts maker, also have room for growth.

The shares of Johannesburg-based Harmony Gold have quadrupled since the rand plummeted in early December, when South African President Jacob Zuma fired two finance ministers in the space of four days. The company said this week it will repay debt after the currency’s plunge caused profit margins to increase.

“The extreme rally in the South African gold miners shows how the absolute rand weakness has provided a life-line for certain businesses,” said Andrew Crawford, a fund manager at Johannesburg-based Capricorn Fund Managers, which has about $500 million under management.

Capricorn is looking at other stocks that earn income abroad, including Mondi, a packaging company, Naspers, a Cape Town-based media and technology firm with interests in China’s Tencent Holdings, and Investec, a Johannesburg-based owner of a private bank and money manager with operations spanning South Africa, Australia and the UK, he said.