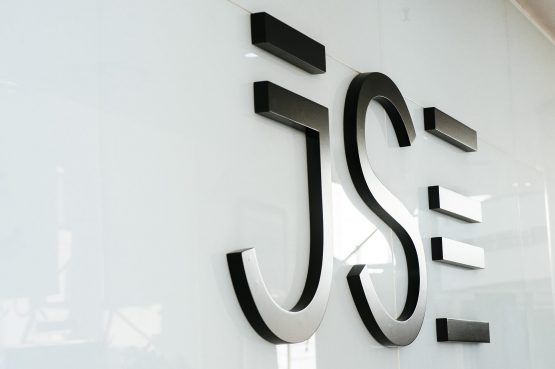 The JSE All Share Index ended the year down 11%, its worst performance since 2008, with Naspers the biggest drag on the benchmark in terms of index points. Photographer: Waldo Swiegers/Bloomberg

South African stocks climbed 0.6% in the final session of 2018 after US President Donald Trump reported “big progress” in trade talks with China, paring losses for a year that is still the market’s worst since 2008.

BHP Group Plc contributed to gains in shortened trading on Monday (December 31), advancing 1.1%. MTN rose for a fourth day, extending its rally since Africa’s largest wireless carrier resolved a dispute with the Nigerian central bank over $8.1 billion of fund transfers. 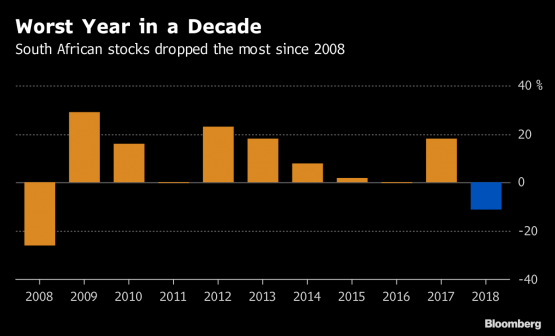 The FTSE/JSE Africa All Share Index ended the year down 11%, its worst performance since 2008.

Naspers was the biggest drag on the benchmark, in terms of index points, dropping 16% for the worst annual performance by Africa’s largest company by market value since 2001.

An index of South African gold stocks soared 25% in December as investors turned to bullion as a haven. Over 2018, AngloGold Ashanti was the sector’s best performer, climbing 41%.

The South African benchmark index fared better than the 17% decline in emerging markets. In dollar terms, however, Johannesburg stocks delivered a 24% loss for investors.

Some would call the improved prices “window dressing” – many mutual funds have Dec 31st as year end and want to bump up share prices to make their numbers look good. Lets see whether these improved prices hold for the rest of the week or whether they retrace their gains

I am no expert on this but is it not only on thinly traded shares that it is possible to fix the price? How I understood it was you buy and sell a few shares at the close to bump up the share price? Does the shares with high liquidity not trade far too regularly and in great volumes to make this impossible? It is probably also not possible for SA fund managers to manipulate the share price of the dual listed shares that make up the bulk of the JSE’s market cap.

I never really understoodf the auction process that the JSE goes into for the last 30 minutes of the day but is it possible to fix prices in the auction?

Do you have any research available that confirms that there are strange pricing going on at quarter end?