When one calculates the impact across related companies.
By Patrick Cairns 13 Dec 2017 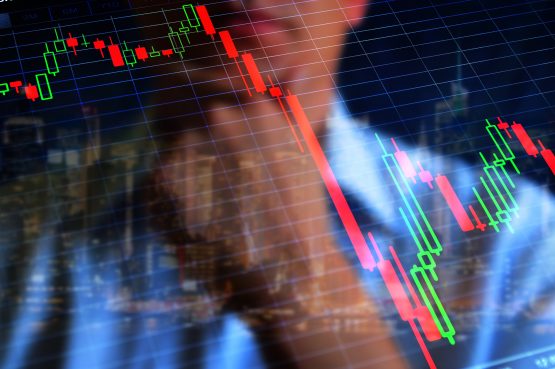 The total value wiped out of the market is equal to about 8% of SA's GDP. Picture: Shutterstock

Concerns around financial irregularities at Steinhoff International have had a material impact on investors on the JSE. It’s not only Steinhoff’s share price that has suffered, but the share prices of a number of related companies as well.

The most obvious is its subsidiary Steinhoff Africa Retail (Star). Investors have sold the share down as it appears that Star has guaranteed at least a portion of Steinhoff’s debt. The extent of these guarantees is however unclear.

The impact has also spread to Shoprite, of which Steinhoff chairman Christo Wiese owns around 18.0%. Just days before Markus Jooste resigned as Steinhoff CEO, Star had announced that it had exercised call options to acquire a 23.1% economic stake and 50.6% voting control of Shoprite. The deal remains subject to regulatory approval.

The Wiese connection appeared to put pressure on Brait, Stellar Capital, Tradehold and Invicta Holdings as well. He is closely associated with all of these companies.

KAP Industrial and PSG Group have also been hit. Steinhoff is a major shareholder in both entities and if it needs liquidity it is likely that it will dispose of some, or all, of these interests. Some investors have therefore decided to sell their holdings in anticipation that they will be able to get in at a lower price at some point in the future.

Finally, the banks have also come under pressure due to concerns over their exposure to Steinhoff, through loans, corporate debt and derivatives. Investec has been the primary loser after acknowledging that it had a range of exposures to Steinhoff and Steinhoff Africa. These concerns have, however, spread to the sector as a whole.

While it would be impossible to say that all of the selling in every one of these stocks has been only due to what is happening at Steinhoff, it is nevertheless fair to assume that it is the major catalyst. The table below shows how their share prices have fallen since the close of trade on December 1, which was the last day before the first indications of serious problems at Steinhoff emerged.

Once again it’s important to note that not all of these declines are necessarily directly due to Steinhoff. It has, however, played a major role.

The total value wiped out of the market in just these 14 counters in seven days of trade is R295.4 billion. In context, that is about 8% of South Africa’s GDP.

Apart from the overall value destruction, what stands out is that Steinhoff International now has a market cap that is significantly lower than Shoprite’s, and smaller even than Star’s. Compared to other retailers on the market, it is now a smaller company than Mr Price, or Woolworths.

Just ten days ago, it was five times larger than either of them.

And how much of the sell-off is due to uncertainties about the forthcoming ANC conference?

To the extent that the elections didn’t help – timing. There is a danger of trying to play down the Stenhoff effect. Don’t.

we just praying that Cyril win the elections, we are facing danger ahead of ANC conference.

so I am seeing lots of comments that WMC ignores these types of capitalist losses and concentrates on Nkandlas and saa debt. seems to make sense to me and points towards a new sa based on socialist principles espoused by the EFF.

But look what Berdine Odendaal costs to maintain in Bantry Bay! The blonde bombshell providing horizontal refreshment for Mr Jooste comes at a price.

Ingrid Jooste should’ve walked away and taken Markus to the cleaners.

So Everyone missed this!

So it seems JP and Magda and Cannon should actually run for president.

Seems to me that they had 100% vision after the event.

Money is only lost when shares are sold, so those who did at R6 can weep into their cups. But what about the huge amounts of money made by investors who bought Steinhoff at R6 and sell them today at R13. As an amateur, I am amazed at the panic of the professionals…

Exactly. Not a good idea to buy or sell in panic. I’m aware of a well known group of managers who sold all their clients’ shares at R9 on the fear that trading would be suspended. Wonder how many were bought back at R6? Markets always over react. Is SNH only worth R12 a share? Probably not. Take your decisions once the picture becomes clearer and always, ALWAYS apply sound risk management. Eggs in many baskets reduces the risk of totally losing your breakfast.

SNH is a gonner! Insolvent! Kaput! No one but no one is going to save it. It over-borrowed to pay for grossly overinflated assets, it took on so much debt doing so that it had to resort to falsifying the books to keep the ship afloat – and it started doing so already in 2014~2015. PWC will have to answer for the issue of a clean audit report for 2015 and Deloitte likewise for 2016. In 2017 Deloitte could no longer ignore the problem with the valuation of goodwill on the balance sheet and other items, refused to issue an unqualified audit report. Because SNH could not meet the regulatory deadline and continue the “smelly excrement” that it started some three years ago, the market, understandably reacted – but not altogether over-reacted because no one knows the true extent of fraud committed. The next few weeks will be interesting.

All wrong – Maxim is “Don’t panic – but if you do -panic FIRST.”And that was way back on 9 November

What this fiasco proves is that the basic tenets of investing, capital protection, a consistent income stream a fair real return and sustainable growth, are not being practised by many managers. The tricks that are practiced to sweeten returns, are proving to be no more than smoke and mirrors activities that rely on volatility to beat the fundamentals. When these tactics fail and blow up in everyones’ faces, the tears and excuses come to the fore. At the end of the day good sound investment principles are needed together with transparent information from corporate management, which incidentally is not the norm, that would enable investors to make sound decisions and evaluate acceptable risk.
The Steinhoff saga has proved to be nothing more than Russian roulette, which should give the industry a serious wake-up call.

1) Why did the very highly paid Financial experts not see the problem?

2) With today’s available information, AI, Warehouses, expert tools and applications, risk reports – why were these ignored?

3) As for government, I expect nothing.

I’m really battling to find an answer to that very good question. Lots of shrugs of shoulders & a reference to how they value shares. Just proves that u cannot let anyone look after yr money other than you!

Other than index funds no one was forced to invest in Steinhoff. Only those who have sold out the share have realized the losses on Steinhoff plus the headline is deceiving because the share price changes all the time i.e. the unrealized losses change all the time and may yet imprive dramatically. Surely this figure is small change versus the bond losses from the credit downgrades and capital outflows and loss of inflows caused by our esteemed President and friends. Never mind the increased interest costs that effect everyone i.e. a much larger group (individuals and companies) than just Steinhoff shareholders. The local equity index is up 24% in the 12 months to end November so even if this figure comes down at the end of December not many can complain overall or on an after-Steinhoff basis. Finally, this is how capitalism and equity markets work and people must except it – every few years there is a scandal and a regulatory change and if it is not Enron and Lehman Brothers internationally then it is Fidentia(unlisted), MacMed and African Bank locally.

If you looked at the rest of the market around that time plenty of shares were down. Almost everything on my watchlist was down…. (perhaps I need to rethink my watchlist .. 🙂 but my point is that you cant measure the impact that Steinhoff had at all. So all just speculation.

This is material for an article by the Professional Commentator who lives in Swellendam.

It basically means Steinhoff went permanently on a business shopping spree. Paid inflated prices, certainly for Mattrass House. Lumbered the company with huge loans which it can not repay from the income of these assets. In addition the Board can not be trusted as they must have known about the state of affairs. So from my point of view I will not touch anything with a Wiese involvement.

They went on an asset buying spree to hide issues. Been done before – but is a disaster for the country at worst possible time!

Unlike in other stockmarket scams, Wiese didn’t make money at other peoples’ expense. He went down with his ship, probably losing more than anyone else.

That’s before you take the asset management companies into account.

And Phumelela (Jooste was a director) also took a dive on the 6th, but has recovered most of it.