Corporate SA is ahead of the curve when it comes to impact investments.
By Larry Claasen 12 Sep 2019  00:21 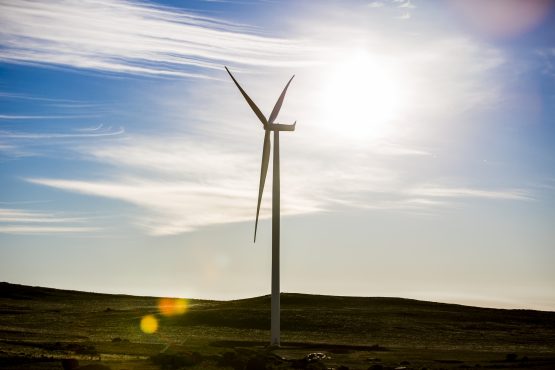 More and more pressures – from new laws to the choices people make – are converging on the need for a sustainable approach. Image: Supplied

When it comes to taking sustainable investing seriously, South African businesses have a lead on their global counterparts, says Johnny Ohgrøn Hansen, investment director at Investpire.

Speaking at the Alexander Forbes Investment Indaba in Johannesburg on Wednesday, Hansen said local firms have this edge because the developmental aspects that comes with doing business in South Africa mean they are more attuned to the sensitivities that come with operating in some communities.

Read: Despite barriers, SA is a good place for impact investments

Hansen, who was previously a regional director at the Danish state-owned  Investment Fund for Developing Countries, has put together a ranking system that measures a company’s efforts regarding sustainability. He dubs those that make no effort ‘Dinosaurs’ and those that excel ‘Tree Huggers’.

He says there has been a remarkable change in how large corporations have embraced sustainability and impact investing. When he started out, only a handful of companies took corporate social responsibility (CSR) seriously. Nowadays it’s very different. “Tree huggers are not who you think they are; 90% of blue-chip companies are investing in CSR.”

Read: Investing for impact doubles as savers seek to do good

This can be seen with 80% of investee companies in Africa now having sustainability and ethical considerations as part of their investment processes.

Despite their commitment to sustainability, local companies could be making even more progress if they were not stuck in the belief that there is a choice between making a sustainable or a financial investment. “They actually go hand in hand,” says Hansen.

This view was somewhat echoed by Gyongyi King, chief investment officer at Alexander Forbes, who said:

“You can’t plan for the long-term if you don’t believe in climate change.”

Helping fund managers to better understand sustainable investment was the theme of the Alexander Forbes Indaba.

Another issue holding back the adoption of sustainable and impact investing relates to specific targets for companies. Hansen says one of the problems with the United Nations’ Sustainable Development Goals (SDGs) for 2030 agenda is that it set out targets for countries, but put no measures in place for companies.

This means that despite many companies putting a lot of effort into operating more sustainably, there are no real measures in place to gauge how effective they have been. Despite the lack of measures, the seriousness with which global businesses are taking environmental, social and governance (ESG) integration can be seen in PwC’s recently released Private Equity Responsibility Survey 2019. Of the 162 private equity firms surveyed in 35 countries, 81% said they reported ESG matters to their boards at least once a year.

PwC said that 67% of respondents “identified and prioritised [SDGs] that are relevant to their investments (compared to 38% in 2016)”. It also found that 60% implemented measures to address human rights issues, while 83% were “concerned about climate risks in their portfolio”.

“ESG issues have moved from niche to mainstream”.

The importance of ESG to the private equity sector can also be seen in firms setting up dedicated teams to deal with responsible investment. The report points out that to some extent these changes have been forced on companies, as they now have to abide by legislation like the UK’s Modern Slavery Act and France’s Duty of Vigilance Law, which mandates a human rights due diligence.

These firms are also under pressure to comply with ‘soft laws’ and guidelines on human rights issues. For instance, 22 countries have adopted national action plans on business and human rights.

Pressure from investors is also playing a part in the change. The survey found that in several cases investors are pushing for issues such as living wages, an end to discrimination, equal pay, and customer and employee privacy to be addressed.

In SA context this could be the private sector response to prescribed assets.

Create a regulatory framework that will provide incentives for investors to invest for the improvement of the local economy and generate good returns.

I believe in the long term excluding the climate change concept.

Can’t get my head around “impact investing”(?)

Proponents using ideology-talk, and arbitrary figures….but no concrete method as to how RETURNS are going to be determined or measured?

Many of us already contribute to “impact” investing without realizing it: it’s called monthly PAYE tax / Provisional Tax / Municipal rates

(…money goes to national & local coffers, to make a meaningful impact on social programs. However, I wonder how does one measure the % investment return as “wasteful & fruitless” expenditure?? )

I will HAPPILY subscribe to Impact Investing, IF it REPLACES current tax. But I fear the poor allocation will be the same.