There is so much happening in the world at the moment and markets have been so volatile that stepping back and looking at the big picture can be useful.
By Izak Odendaal 24 May 2022  00:03 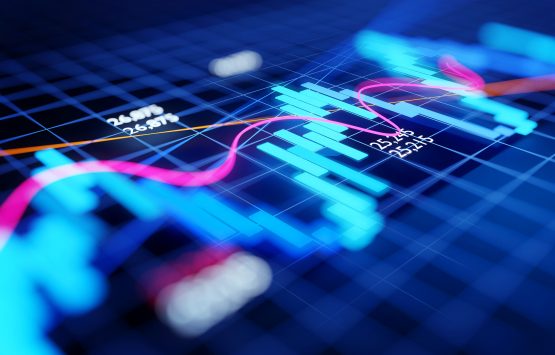 The charts show a complex world still recovering from the pandemic and dealing with new threats. Image: AdobeStock

Here are the Big Five charts worth paying attention to.

The first chart is the oil price. It appears to have stabilised somewhat after surging in the wake of Russia’s invasion of Ukraine. Russia is a major oil producer, and the oil market reflects anxiety over supply disruptions. Already, there are many western firms that refuse to buy or sell Russian oil, while governments in Europe are considering an outright ban of Russian oil. The oil price was recovering even before the war as the world exited the mobility restrictions imposed during the pandemic. At the low point in April 2020, a key futures contract briefly turned negative as traders did not know what to do with all the excess oil as storage facilities quickly filled up.The picture looks different today. Demand is strong, but the supply response has been slow.

Many oil producers, particularly the US shale drillers, burnt their fingers badly in the 2014 price crash and are now much more circumspect about increasing production, focusing more on profitability.

As for the rest of the world, oil acts as a tax. We all need to move around and in the absence of alternatives just have to cough up the higher petrol price.

Beyond a certain unknown point, however, the drag on people’s purchasing power is too great, firms close, jobs are shed and the need for oil drops.

This is called demand destruction and is what normally happens when commodity prices stay too high for too long. In addition to demand destruction, a higher oil price will also stimulate production. In normal times there is always a potential oversupply of oil, that is why the major producers outside the US have a cartel with production quotas. So the oil price is unlikely to stay high forever.

As for the inflation impact of the current oil price, it should also be pointed out that the extent of the recent increase in the oil price is relatively tame compared to the shock of the 1970s increases, particularly considering how much more dependent the world was on oil back then.

Inflation rates have jumped to levels last seen in the early 1980s in many countries. Notably, inflation is higher in the US, Europe and UK than in South Africa at the moment. The global surge in inflation is partly because of the rapid increase in the oil price and, in the case of Europe, the even bigger surge in natural gas prices.

Inflation also reflects other distortions caused by the pandemic. Consumers quickly and unexpectedly shifted spending from face-to-face services such as gyms and restaurants to goods that could be consumed at home, such as a bigger TV. In rich countries, households benefitted from massive fiscal spending. In the case of the US for instance, overall household income increased sharply in 2020 even though income from salaries and wages fell.

While demand for goods boomed, supply was severely constrained. Factories could not run properly with social distance and quarantine rules in place, nor could logistics firms. And with several countries shutting their borders to people, cross-border shipments of goods suffered. Global supply chains, normally extremely efficient, were clogged up and plagued with delays and shortages. So higher demand and constrained supply showed up in much higher goods prices.

Neither the commodity price impact nor the pandemic-related distortions should be permanent drivers of inflation.

Since inflation is measured on a year-on-year basis, as long as prices stabilise – even at high levels – the rate of change will eventually decline.

From a central banker’s point of view, the problem is not necessarily the impact of these transitory factors, but the broadening of inflation to other areas. Again, this is particularly the case in the US where core inflation, which strips out volatile items, is running at 6.2% even though headline inflation is slightly below its recent peak. Core inflation is more sensitive to demand, and with unemployment extremely low and labour shortages abounding, demand looks set to remain very strong in coming months.

Hence the sharp turn towards hawkishness in monetary policy since the start of the year. The Fed and others are raising rates to cool demand and ultimately inflation. They are aiming for a ‘soft landing’ where inflation falls without causing a recession. But given the level of inflation and its broadening base, bringing inflation down to a goal of 2% without a recession will be tricky.

This brings us to chart 3 …

Central banks control short-term rates, usually an overnight funding rate for the banks. The market determines the wide range of longer-term interest rates, but they all reference the central bank’s policy rate. In developed markets, bond yields have moved up sharply, discounting a number of central bank future rate hikes. Despite SA’s lower inflation rate we will not be spared the pain, as the South African Reserve Bank underlined with its 0.5% repo rate hike last week and its warning that more hikes are likely.In doing so, the bond market has already delivered a sharp dose of monetary tightening way before the central banks have. Even more so if you consider that private borrowers pay a spread over the government’s yield. If spreads widen and base yields rise – which has been the case for US mortgage rates– it is a double dose of tightening. No wonder then that equity markets have been under pressure.

A correction or predicting a recession?

This chart shows the maximum drawdown (peak to trough decline) of the MSCI All Country World Index since its inception in 1988. The last few months have been rough as higher interest rates and other macro concerns (such as the war in Ukraine) have caused markets to derate. In other words, investors are prepared to pay less for each dollar worth of profits in an environment where they have more options to earn interest income and where they are generally more risk averse. Therefore, the forward price-earnings ratio declined from a recent peak of 20 to a more reasonable 14.5, which is slightly below its 10-year average.

Looking at the drawdown chart, a few other things stand out. Firstly, the volatile nature of the equity market is very evident. Secondly, declines of around 10% are quite common and typically do not last long – these are called corrections. Thirdly, declines in excess of 20% that take longer to recover almost always coincide with a recession, particularly in the US, the economy global markets care most about.

That is called a bear market. Bear markets usually start before the recession commences and bottom out before it ends.

Equity markets look ahead and that is why timing the equity market is so difficult. The current drawdown is almost 20%, so the market is currently close to discounting a recession in the US. A lot of bad news is already priced into equities.

The last point is that looking at this chart, you might conclude that equity investing is too volatile to bother with. However, over this entire period investors who remained fully invested through the volatility and reinvested dividends would have earned 8% per annum in dollars or 1 300% in total.

The rand has been its usual volatile self this year, initially strengthening as commodity prices surged (the price of coal, one of our major exports, jumped even more than oil in the wake of the Russian invasion). In doing so, the rand bucked the trend of many currencies falling against a stronger US dollar. By mid-April, the pressure of a strong dollar proved too much, and the rand quickly slumped, though Chart 5 indicates that it was by no means an unusually large depreciation. Compared to other emerging market currencies the rand has been reasonably stable.

After detracting from global returns in the first quarter, the rand is again helping local investors by boosting global returns somewhat. SA bonds and equities have also held up better than global counterparts, meaning that while a typical South African balanced fund is down somewhat since the start of the year, it is nowhere as bad as the record declines suffered by balanced funds in the US and Europe as bonds and equities have fallen in tandem.

So why is the dollar so strong? It benefits from two trends. Firstly, at times of elevated risk aversion, people flock to the safety of the dollar. Secondly, with US short-term interest rates expected to rise much faster than in Europe and Japan, the dollar has the additional advantage of offering a much higher yield. Hence the greenback is hitting 20-year highs against the euro and yen in recent weeks.

As for the rand, its outlook clearly depends on where the dollar is headed, what commodity prices do and general sentiment towards emerging markets. The one thing we do know is that it is never a one-way bet even if the long-term direction of travel is to weaken against the dollar.

A decade ago one dollar bought R8.20, versus almost R16 today, but most of the depreciation happened in the first five years. The second five years have basically seen a lot of volatility but with a sideways trend.

The Big Five charts show a picture of a complex world still recovering from the pandemic but also now dealing with new threats like the renewed Chinese lockdown, Russian war and the impact of many central banks tightening policy at the same time.

While the environment might be unique, the volatility on equity markets is not. We’ve been here before.

The key is to have an investment strategy that is properly diversified to ride out the inevitability of volatile markets. Currently markets are already discounting a lot of bad news, and for the patient investor there are enough valuation opportunities in local and global assets to set the stage for future real returns.

And this has only just begun.