The biggest risk to investors: their own capitulation 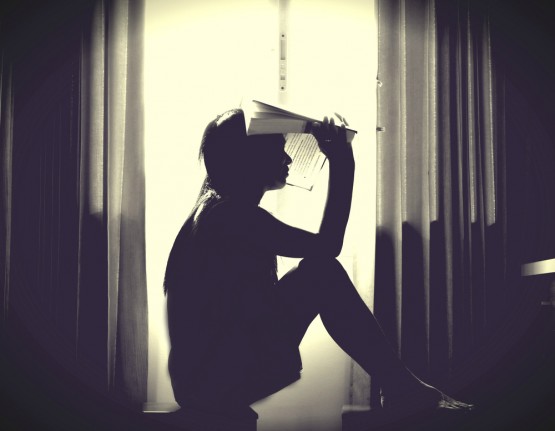 The upside of a weak environment is that there is a stronger chance of finding good stocks at below average prices. Image: Shutterstock

The last five years on the JSE have been incredibly hard. Investors in the local market have received returns only barely above inflation.

As the graph below shows, this is one of the worst five-year periods on the local market in the last four and a half decades. “If we look at rolling five-year returns going back to 1973, this is among the worst we have seen,” says Greg Hopkins, chief investment officer at PSG Asset Management. “Speaking to people over the last few weeks, there has been a lot of anger from our investor base because it’s just been such a difficult environment.”

The poor returns are also only part of the story. Local investors are understandably worried about the state of the country. The economy is battling to register positive growth, consumers are under pressure, there are ongoing revelations about the extent of corruption in the public and private sectors, state-owned enterprises (SOEs) are under severe financial strain, and business confidence in the country is at its lowest in 40 years.

“Our SOEs look like they are in intensive care,” Hopkins acknowledges. “Government finances are deteriorating on a daily basis, and on the ground it is tough. We’ve seen it in results from some of the retailers. Shoprite released results described as the worst in living memory. This is the harsh reality.”

Read: Shoprite plunges most since 1999 after grocer’s profit warning

Given this environment, the question asset managers are being asked most often at the moment is whether investors shouldn’t rather get out of the market and wait out the storm in cash.

“It’s a tempting proposition, because there are so many dark clouds at the moment,” says Hopkins. “Given all this uncertainty, shouldn’t we be sitting in cash and waiting for the uncertainty to clear?”

However, he believes that investors need to look at these tough conditions from a different perspective.

“When we look out to the future we think the biggest risk to investors is not what happens in the election in a few months’ time, in our economy or the global environment, but investors’ capitulation,” Hopkins argues. “When you’ve had five years like this, when absolute returns have been poor, fatigue creeps in.”

It’s understandable for investors to feel despondent given the weakness of the local market. But if one looks back at what has happened in the past following similar troughs, there is a clear pattern. “Subsequent annualised returns from those low points averaged 24% for the next three years,” Hopkins points out. “The highest was around 40% returns from 2003. That was a stand-out period where you earned 40% a year for three years.”

“A lot of conditions in the market now remind us of that period in 2002 and 2003,” Hopkins says. “Fear, uncertainty and poor visibility are often associated with low prices. And low prices bring opportunities.”

If this sounds counter-intuitive, that is because it is the nature of market cycles. Often the best time to be a buyer is when things appear to be at their worst.

Because of the weak environment, there are many good companies that are not being recognised by the market. This has increased the chances for investors to find “above average quality companies at below average prices”.

Hopkins says that a basket of South African-facing shares in the PSG Flexible Fund is currently sitting on a price-to-book multiple that is at a 16-year low. That means that on this metric valuations are lower than they were during even the global financial crisis. This is creating an asymmetrical return profile. “It seems to us that there is less downside risk, because prices are already so low, and significant optionality if things just get a little less bad,” Hopkins says.

The companies that sit in this basket include Old Mutual, Hudaco, Reunert, Super Group and AECI.

Reunert is trading at the lowest price-to-book it has since 2000. It is also at a dividend yield of around 7%.

“Super Group is a company we’ve owned for a number of years, with a great management team,” says Hopkins. “It is now approaching valuations we last saw in 2012 when we first started buying it. The company has continued to grow its value and book earnings, but its price has been left behind.”

Investors sitting in cash would be foregoing the kinds of opportunities these stocks currently present. It might feel more comfortable in the short term, but it could be substantially negative in the long term.

“Capitulating and moving into cash could severely impact your ability to generate good returns in the future and achieve your long term financial goals,” Hopkins says.

The tables, the historical figures, the stats, that is all true – but is history.
Today we have to contend, not just with the vagaries of Market Cycles, International Markets and a host of competing Emerging Markets, The elephant in the room since 1994 is the ANC.

In its wisdom the ANC has destroyed everything that once worked;
1. SOE’s , Escom, SAA, Transnet, The Post Office, Denel etc
2. Bankrupted Municipalities.
3. Broken the State Health Care System.
4. Weakened the Education System. The standard in now so poor, we have countless Countries north of our border whose Education System is far superior than our.
5. Presently looting the PIC. Another time bomb waiting to explode.

Where to stop ? Why would anyone think the Economy, or Markets are going to get better ?

I admit I was wrong.

Not withstanding your 5 points above, the reality is that Economy and Market are very disconnected. Last year Turkey pulled us all (Emerging Markets) down, it had nothing to do with SA. Hence our market will do well if EM starts running again. What we should be hoping for is that the US market does not slide into a bear market and it is Risk-On again.

Maybe….but ask a Shoprite shareholder (or Group5, Basil Read, various Property and Mining counters) if his recent returns are unrelated to the South African economy. What you are hoping for appears to be a re-rating of EM market valuations. This is usually a small part of the total return, in the long term only earnings count. Where will these come from? The ability of ZA inc companies to generate sustainable earnings growth has been undone by 25 years of socialist thinking and policies. Sure, there maybe periods of above average market returns, but over the long term South Africa is stuck in a death spiral similar to Eskom’s (expenditure far exceeds our ability to innovate/mine/build/manufacture something someone else wants to buy with hard currency).

Looking at a bigger picture, who care’s about investing in a little country with a sense of self-entitlement at the southern tip of Africa (except local asset managers)?

@Lemon. My worry as well. WHERE will SA Inc’s growth come from, when people argue the JSE is now well/cheaply priced / i.e. increasing the chance for upside.
Otherwise, the JSE could be “fairly” priced with little upside, based on a zero-growth future scenario (partially thanks to investment strike by local corporates & individuals, whom is shifting funds offshore) as part of an ongoing long-term structural decline of a country, post-colonial period.

Investors bigger danger is all the costs and promises by the fund managers and advisors.

The PSG chart wants to suggest that it usually does not get much worse than the current low 5-yr rolling returns, and that stronger returns beckon. But the chart shows nominal rather than real returns, and with inflation now running considerably lower than in the past, the current low point is probably not indicative of a trend-based turning point. Please show the chart using real returns.

Very importantly, the US has experienced one of its longest bull markets ever. When the US markets correct, as it inevitably will, we can expect another 20-30% decline in our market.

Business Live today describing the retailers…”Why does Clicks still have a p:e of 32, Dis-Chem at 20, Shoprite at 18.66 and Spar at 20.88? There could be another steep drop in share price, depending on what’s revealed when the retailers start releasing their results over the next few months”. Apparently the problems are still with us. Stock picking of utmost importance as this would also affect Manufacturing and Listed Property.

After the last 10 years we are all sitting here wondering what has hit us. But aren’t the revolutionaries following Fanonist thinking. Didn’t Fanon call for the complete destruction of the system. EVERYTHING.
This perhaps explains the stupidity. Corruption just becomes the tool of the revolution. Jacob really was a hero to the revolutionaries because he destroyed so much so quickly.
But these guys are now tanking the future. We are going to be nailed for years in debt to the totalitarian regime of China and the kleptocratic regime of Russia.
Corruption is the old story. Debt is the new story. Watch our country get sold off now.
The truth is the “revolutionaries” in the ANC are treacherous, industrial thieves, murderers, traitors and treasonists. Why aren’t they being put to the noose? From the top down.