The cabinet reshuffle the markets missed

The reaction to SA’s political uncertainty has been muted, but investors can’t be complacent.
By Patrick Cairns 2 Jun 2017  00:43 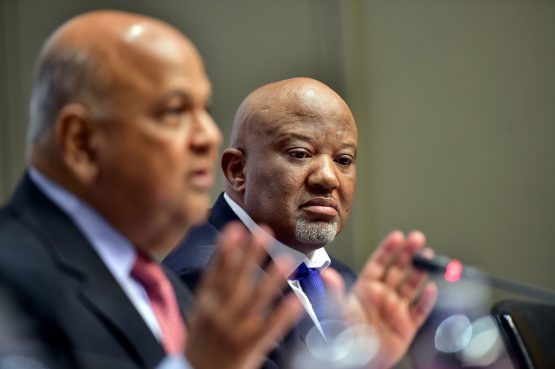 The late night cabinet reshuffle on March 30 rocked South Africa. The firing of Pravin Gordhan and Mcebisi Jonas was seen as a huge blow to the credibility of the National Treasury.

And yet, the reaction in financial markets was muted. As Investec economist Nazmeera Moola pointed out at the Glacier i3 conference in Stellenbosch on Thursday, if one looked at the markets now it would appear that there has been no reaction at all.

“We all expected the reshuffle to have catastrophic consequences,” said Moola. “But two months later we would be forgiven for thinking that the impact hasn’t been that bad.”

The rand has returned to trading at the same levels it was before Gordhan was recalled from his international road trip, bond yields are back to where they were in early March and the cost of insuring South African debt through credit default swaps has actually come down.

It would however be wrong to assume that this means that the reshuffle was insignificant. Rather it is a reflection of how heavily South Africa’s markets can be impacted by what is happening on a global rather than local level.

“The local factors have been completely overwhelmed by the global,” Moola explained. “The relatively better emerging market growth environment, coupled with the fact that there is still so much money sloshing around the world, has resulted in $64 billion flowing into emerging market equity and debt funds since the start of 2017. That is a massive amount of money.”

These flows have also been accelerating in recent months.

“Since 1 April alone, $12 billion has flowed into emerging market debt,” Moola noted. “To put that into perspective, in the last quarter of 2015 at the time Nhlanhla Nene was removed as finance minister, there were roughly $500 million of outflows from emerging market debt funds.

“We remember the reaction of bond and currency markets on 9 December 2015,” she added. “There was a dramatic sell off. The reason that didn’t happen this time is not because we are not worried about the consequences, but rather that foreign inflows have disguised the impact.”

While the appetite for emerging market assets has lessened the impact in the short term, it does create a potential longer term risk. Foreign ownership in the South African government debt market has increased from 45% in early February to almost 48%. Over this same period, South Africans have been net sellers.

“Part of the reason why the South African bond market has historically been well behaved is because you have these counter-balancing forces,” Moola said. “At times when you have lots of foreign money coming in, locals generally step out as they see the market as too expensive. But then when foreign money flows out, domestic investors step in.

“But right now if foreign money flowed out I don’t know at what level you would see domestic investors stepping in,” she added. “That’s because the conditions that would lead to an outflow from foreigners would be a reassessment of the local political risk. And that’s the concern.”

The core issue for South Africa in this regard is economic growth. Moola has revised her growth forecast for the country from 1.7% before the reshuffle to 0.9%. This is because of the impact on business confidence and the resultant decline in corporate fixed investment.

While a record maize harvest, stronger commodity exports and high tourist numbers have been good news for the local economy, she argued that the growth rate will still be lower than it would have been.

“The domestic economy is in recession for all intents and purposes,” Moola argued. “So in that context I am worried about government revenues. South Africa might get slightly higher revenues from exports, but a lot of revenue is dependent on VAT, which is dependent on domestic demand. That is going to leave revenue under pressure and if revenues are under pressure, the budget deficit is going to be higher, government will have to borrow more, and borrowing costs are likely to rise.”

This is something that markets will be concerned about, even if they may not be that concerned about it yet. And that could impact the appetite for local government debt.

Moola pointed out that it is worth being aware that there is a part of the market where similar concern is already being felt.

“State-owned enterprises cannot issue debt at the moment,” she said. “Sanral had to withdraw an auction planned for late April, and Eskom hasn’t even tried to come to market this year. Transnet has had what I would call three failed auctions since the reshuffle. They have issued just R10 million to R25 million since the reshuffle, which is irrelevant really.”

She said that it is a serious concern that foreign investors are not buying these bonds. And it is one that government appears to share.

“When the minister of finance announced that Brian Molefe would be leaving Eskom he cited the problems parastatals were having raising debt as a real concern,” noted Moola. “So this is definitely something we are keeping an eye on.”