The difference between cost and value

In the retirement fund industry, value for members is about more than just the cheapest option.
Patrick Cairns  /  28 June 2019 00:23
5 The idea that umbrella funds are all the same and that the cheapest one must be the best one is misguided – there are many more factors at play. Image: Shutterstock

In 2005 there were around 13 000 standalone retirement funds in South Africa. There are now fewer than 1 500. This massive consolidation in the industry is largely due to many companies choosing to use umbrella funds rather than manage their own pension funds.

Umbrella funds cater to multiple employers, which brings benefits of scale. In the last 17 years, 78 new umbrella funds have been launched in the country.

While this has created choice for employers, deciding on the criteria to use when selecting an umbrella fund is a challenge.

Since their primary benefit is bringing down the cost to the employer, the decision is often driven by the fees being charged.

Read: Veil of secrecy to be lifted from retirement savings fees

However, David Gluckman, head of special projects at Sanlam Employee Benefits, says that while a focus on costs is broadly desirable, it has an unintended consequence.

“It’s easier to measure costs than value, so I think that while disclosure and transparency should drive the right behaviour from providers, one of the slight risks is that it might put more emphasis on costs than it should,” he says.

One of the findings of the recently published 2019 Sanlam Benchmark Survey is that the consultants who advise companies on umbrella fund options see this as a particular challenge.

“The number one thing that employee benefit consultants would want to change is for their own clients to stop fixating on costs and pay more attention to value,” says Viresh Maharaj, chief executive at Sanlam Corporate for sales and marketing. “There is value to be sought elsewhere, not just in costs.”

To illustrate this point, Maharaj calculates what a 20% reduction in overall costs would mean for the average retirement fund member. Over an investment horizon of between 10 and 40 years, their final outcome improves by only between 0.4% and 4%.

“Don’t get me wrong, costs are important,” says Maharaj. “You have to do the market review to make sure what you’re paying is reasonable and competitive. But once you are in the ballpark of reasonableness and competitiveness, marginal differences in costs don’t really move the needle. This fixation can be a distraction from many other factors that have a far greater impact on real people’s lives.”

In some cases, these factors might be quite tangible. It is likely, for instance, that healthcare benefits could soon become a more important part of the offerings of umbrella funds. In a country where medical inflation is well above consumer inflation in general, this could add significant value to members.

Often, however, value lies in things that are not so easy to observe, such as governance. The failures in corporate governance at many of South Africa’s state-owned enterprises and a number of large corporates have revealed how critical this can be.

Without good governance, organisations can collapse. If that happened in a retirement fund context, the implications could be pretty severe for members.

“Good governance is worth paying for,” says Maharaj. “You can have all the projections and models you want looking at what outcomes you can expect over 40 years, but governance makes sure that you can be there for 40 years.”

The approach that umbrella funds have taken to implement the default regulations for retirement funds is also vital. Under these new regulations, one of the thing funds must offer is ‘retirement benefits counselling’ to help members make better choices when they reach retirement age, start a new job, or leave an employer.

The form this counselling takes can vary significantly. If it is just written correspondence, it’s unlikely to have much of an impact. One-on-one consultations, with the option of being referred to a registered financial advisor may cost more, but are far more valuable.

“Being able to measure those outcomes also adds value,” Maharaj believes. “Can you actually measure the impact of what you are doing?”

It’s also worth considering that, according to the Sanlam Benchmark Survey, a number of umbrella funds were unlikely to have implemented changes required by the default regulations by the deadline. If a fund is unable to do something as basic as meet regulatory requirements, that should also call into question the value it is providing to members.

Interestingly, however, the survey found that 33% of employers had never reviewed their umbrella fund provider. Only 48% conducted a review every one to three years. Partly this may be due to inertia, but it may also reflect the fact that the process to move to a new umbrella fund – known as a Section 14 transfer – can be cumbersome.

“We have a problem in that the Section 14 process is not ideal,” Gluckman says. “If you want to harness the benefits of competition, and to push providers to improve their product offerings for members, you have to make it easy to move.”

Ideally, this process should be made easier to ensure that providers can compete more effectively, because the industry does have the desire to innovate and differentiate.

“Over the next few years, umbrella funds will provide additional options,” says Maharaj. “Pricing is one thing, and people are going to compete on that, but what you actually get for that pricing is going to be different.”

This will also begin to shift the focus away from costs alone.

“The implicit assumption at the moment is that all of these different options are exactly the same, and whichever I can get at the cheapest cost is the best one,” says Gluckman. “But if that is true – that everything else is worth nothing – then why do we bother with governance, rigorous administration systems, or communication?”

Companies need to pay attention to these developments and consider what value they want for their employees. Giving them the best chance of securing their financial future should, after all, be the goal.

It’s tragic that for good governance you should pay more. Good governance for any entity should be the norm. Value is the growth of your funds. The more growth the more value.

The point is, as investors, we are paying for performance. The investment industry is a commodity business. Thousands of funds with similar growth rates. Commodity businesses can only compete on price. If your fund manager delivers outperformance, then he sets himself apart from the rest and then costs become irrelevant.

Umbrella funds are not unit trusts or simple investment vehicles. They are effectively pooled retirement funds that need to fulfill a number of duties that include investments but also much more beyond that. For example, insurance benefits, member engagement, counselling, advice, etc. I interpret this article as suggesting that not all such funds apply proper governance across the respective dimensions required. Consumers via their advisors need to check and make sure that they are well positioned. Unfortunately, too many people default to the lowest perceived common denominator of cost due to a lack of understanding of how umbrella funds actually work. Governance is worth paying for as failures cost consumers far too much. Think 2008, steinhoff, etc.

But you are paying for the bank governance too.

So, who is defining the “ballpark of reasonableness”? As I’ve said before, any fund growth less than inflation to attract ZERO management fees and thereafter to increase on a sliding scale. This will ensure that the industry is doing its work, not just merely ride along on the gravy money wagon as is currently the case. Tracking the coronavirus outbreak’s impact on business and travel

A rundown of what big companies are saying so far about the impact. 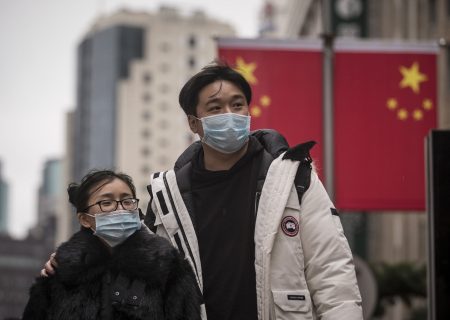