The long-term opportunity on the JSE

Is there opportunity in construction?
Hudaco fighting headwinds not of its own making
The goose that lays the golden egg
CLICK THIS COMPANY MORE COMPANY NEWS SENS
HUDACO 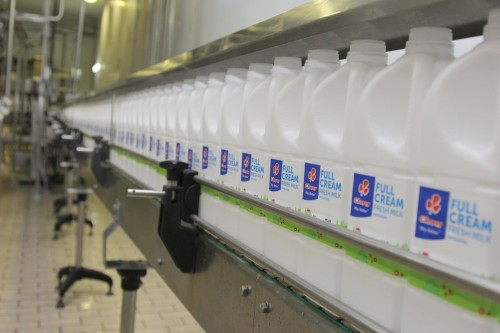 Heading into 2018, local investors would have been feeling far more optimistic than they had for some time. Not only had 2017 returns been surprisingly strong, but the world economy was looking robust and the political and economic uncertainty that had crippled South Africa for so long was finally being addressed.

Given this backdrop, returns from the JSE in the first quarter were rather disappointing. As the table below shows, every major sector on the market was negative over the first three months of the year. “The first quarter didn’t align with improving sentiment in South Africa,” says Claire Rentzke, chief investment officer at 27Four Investment Managers. “We also saw an increase in volatility driven by heightened geopolitical tensions around the world. But if you look through the noise, we are still seeing attractive investment opportunities.”

Read: Is the return of volatility a return to normal?

The first point to note is that one of the biggest impacts of the improvements in South Africa has been a stronger rand. This shows improved market sentiment towards the country, but it’s largely negative for local investors.

“As so much of the Top 40 is rand-hedged, a strong rand weighs on local equity returns,” explains portfolio manager at 27Four, Nadir Thokan. “It also weighs on returns from a balanced portfolio that is using its full 25% offshore allocation.”

However, if one looks at other parts of the market, some very interesting things have been happening. The stocks known as ‘SA Inc’, which are those most exposed to the South African economy, have started to look very interesting.

Some have already rerated aggressively since December last year. Banks and local retailers, in particular, have made some rapid gains.

“Consumer confidence has already started to increase,” says Thokan. “Retail sales have also drastically improved well in excess of the historic trend, from very depressed levels. The market is therefore starting to price in better conditions for retailers, and better conditions for ‘SA Inc.’ stocks.” In some parts of the market, this rally has been very aggressive. Massmart, for instance, was up as much as 50% from December, although it has come back a little from those highs.

What is interesting, however, is that the wider mid-cap index has remained relatively flat over this period. It is here that Thokan believes the real, longer-term opportunities now lie.

“We think there is a lot of value in the mid-cap part of the market,” he notes. “Stocks like Clover, Rhodes Food Group, Italtile, Hudaco, and Altron are really good stories. We think that over the long term this is a basket of stocks that can unlock a lot of opportunities from an improving SA economy.”

While a stable policy environment doesn’t translate into improved earnings immediately, it does encourage these kinds of companies to invest with more confidence into their local businesses.

“Subsequent to this investment we start to see improvements in earnings,” says Thokan. “Then we will see the market reaction and share prices trending higher if these earnings are sustained over a number of reporting periods.”

Over the longer term, higher earnings should also translate into stronger free cash flows, encouraging these companies to pay out dividends. This sustains total returns to shareholders.

“This is a theme that we think still has to play out for some time to come,” Thokan says. “We will continue to see the earnings outlook improving as business confidence improves. So despite a very disappointing first quarter, we are constructive on South African equity.”

it is very difficult to feel confident in the Jse when the fundamentals of land ownership ,,
mining rights , personal security are threatened by the communistic Tuli hse.
This Anc wants to run the country like
Putin , step out of line and yr dust

And, how to make decisions based on company results certified by dysfunctional audit profession.

Ag please, Clover is no buy. Clover’s share price has grown 0,82% in the last 3 years and 6,6% in the last 5 years. If you have such a well-known brand name and you sell so many millions of units in a year and you still can’t make money, then the management must be pretty damn useless.

I agree on Clovers pricing – I held them between 2014 and 2017 and their price ranged in the R 16 to R 19 price range throughout this period – methinks to original management did very well out of the shares they were allocated on listing, but shareholders have seen little incremental value

at these levels Clover would be a overvalued company, i would wait until the share price reaches at R13,00 a share or below then from my analysis this would be a buy. However there two companies which the analysts hardly talk about and the first is HomeChoice International PLC since inception up 39.24% and the second being Montauk Holdings Limited since inception up 1840.00%.