The missing piece in many portfolios 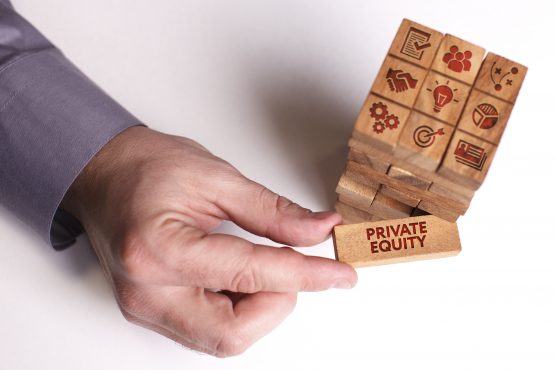 The rewards for holding private equity can be high, and the risks can be managed. Picture: Shutterstock

Earlier this year the chief investment officer of one of the world’s largest pension funds said the fund should increase its allocation to private equity. Yu Ben Meng, who heads up investments at the California Public Employees Retirement System (CalPERS), suggested that the fund’s current 8% allocation is not optimal. What is notable about this is that few, if any, South African pension funds have a private equity allocation that even nears 8%.

Under Regulation 28, local pension funds can hold up to 10% of their portfolios in private equity. Yet the asset class remains largely underutilised.

The most obvious example is that according to the Public Investment Corporation (PIC) 2018 annual report, just 1.02% of its more than R2 trillion of assets is invested in private equity. The PIC itself is not a pension fund, but its largest client is. The Government Employees Pension Fund (GEPF) accounts for just over 87% of the money the PIC manages.

While there is no recent research on the overall level of private equity holdings in South African pension funds, a 2016 study by the Southern African Venture Capital and Private Equity Association (Savca) found that take-up of private equity by pension funds has been slow. Local allocations were not even half of the global average of around 5%.

“Over the last five to 10 years, pension funds globally have really started to allocate more away from the listed markets,” says Rory Ord, head of unlisted investments at 27four Investment Managers. “That shift hasn’t happened at all in South Africa.”

This is quite peculiar given the current environment on the JSE. Over a period where listed stocks have performed poorly for five years, it would make sense for pension funds to be more actively seeking alternative sources of return.

The graph below shows the relative performance of private equity to listed equity indices. It is notable that over the past five years, it has delivered superior returns. Something else that should be pushing more pension funds into private equity is the declining opportunity set on the JSE.

“Since 1994 the number of domestic listed companies on the JSE has halved from 600 to 300 – which means there are fewer opportunities to invest in attractive growth industries than there used to be,” says Gavin Ralston, head of thought leadership at Schroders.

There are many sectors that are under-represented or not represented at all on the JSE – such as renewable energy and technology. This is often cited as a reason for diversifying offshore, but it is also a reason to diversify into private equity, where the opportunity set is far greater.

“According to Finfind, which pieces this together from tax records, there are between 8 000 and 10 000 local companies with turnover of over R100 million,” says Ord. “Even if you only want to look at the the top 50%, that’s 5 000 companies that are investible for private equity.” This depth of opportunity may, however, also be one of the reasons that pension funds find it difficult to include private equity in their portfolios. Most funds rely on consultants to advise them on selecting fund managers, and this is a complex proposition in the private equity space.

“If you are investing into listed equity funds, it’s pretty easy to compare and contrast some of those managers,” says Ord. “They are investing in the same pool of assets, and using similar benchmarks Choosing a private equity manager is a different proposition.”

“There are still a lot of opaque practices in the sector,” he points out. “If you are sitting in a pension fund you might like the diversification, but where do you start to pick a manager? How do you access the manager universe? There are no league tables that rank managers and comment on recent performance.”

There are also many more variables that could influence performance, and the risk factors are different as exposures tend to be concentrated. The time and effort that has to go into selecting a private equity manager is therefore often seen as not worth it when the allocation that any pension fund can make is limited anyway.

The fees in private equity are also often a hindrance, as they are generally set at 2% with an additional performance component. Managers argue that this reflects the level of work that is required – to identify companies, conduct due diligence, structure and negotiate a deal – but it can seem high relative to what is paid for listed equity managers.

“The fees do put some parties off, but we think they are more than made up for by stronger returns you can make in this space,” Ord argues.

Liquidity is also a concern, since private equity by its nature requires a lock in period. Buying and selling large private stakes in businesses is not something that can happen over a few days if investors need to get money out.

However, when the rewards for holding private equity can be high, these risks can be managed. Particularly in a low return environment, this space demands more attention from pension funds.

What is vital, however, is ensuring that the managers they pick are thoroughly evaluated and monitored.

“You can’t just fire a private equity manager like you might do in the listed space,” says Isaacs. “So a lot more rigour is required, and more governance needs to be built in to make sure that the manager sticks to the script.”

People have to believe South Africa has a sustainable future ( with them in it) before they invest in pension funds here. No one in this country ( particularly the minority group) is taking a long term view – unfortunately the last 10 yrs have been a big learning curve for us all….

Too much corruption is SA and public companies can not even be controlled properly.

In addition the BEE issue is a big issue. Not just on the employment and board level side but also on the supply chain side. It is just a totally corrupt situation that is not run on business principals but connections (mostly political). Bribery, extortion etc. comes to mind.

No thank you. Offshore for me.

The Navigator 12 months ago

Private Equity in SA does not provide sufficient management safeguards, it’s seen as too insecure for investment.

Prime example is Brait. I mean how many underperforming portfolio companies do you want to own! Virgin Active, Iceland Foods, New Look. The list goes on. And that’s a listed counter with supposedly strong governance. But wait, Christo Wiese is involved so he blindly trusts management.

Not true, the PIC has lots of ‘private equity’ it seems.

IMHO South Africa has NO true private equity industry, along with venture capital and angel capital.

We have lots of overpaid underperforming managers, in most cases tied to vested interests looking for mezzanine finance.

Name me one proper private equity firm that the public or retirement funds can invest in that has delivered even just double inflation over a meaningful period? They have to deliver sustained market plus 8% to justify risk.

I am not sure how we solve it. Perhaps it should not need a R100m+ revenue business to justify the due diligence fees. We will create jobs in small business not big business that will almost certainly shed a million jobs over the next 5 years due to technology. The people that allocate funds in SA are massively ill equipped to decide on R10m allocations. Maybe Business Partners (the old Small Business Development Corporation) needs a revamp?