The opportunity in mid and small caps

The market may be underpricing these counters relative to large caps.
By Patrick Cairns 15 Dec 2017  00:01 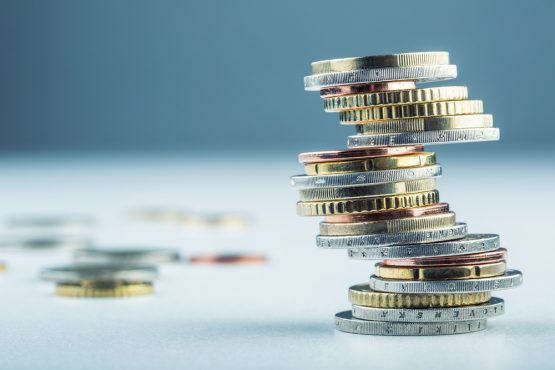 Northstar Asset Management believes that there may be an opportunity for investors to capitalise on mispricing in the market. Picture: Shutterstock

Over the past 15 years, the mid- and small-cap sectors on the JSE have outperformed the Top 40 by a significant margin. While the annualised return on the Large Cap Index for this period has been 12%, small caps have returned 17% and mid caps 16%.

Compound this over time and it becomes a huge difference. The cumulative return of the Small Cap Index since 2002 is 1042%. Over the same period the Top 40 has returned 524%.

Over the past 12 months, however, there has been a noticeable reversal in this trend. To the end of November, the Top 40 Index showed a one-year return of 25.4%. The Small Cap index was up just 0.7%, and the Mid Cap Index 6.6%.

Northstar Asset Management however believes that this may be creating an opportunity for investors to capitalise on mispricing in the market.

“We don’t think that this is a definitive change in the trend on a perpetual basis,” says Northstar’s CEO, Adrian Clayton. “We believe that high quality smaller companies that are well managed will generate higher returns on capital over time and compound returns for shareholders.”

He points out that in the mid- and small-cap space on the JSE there are a number of quality companies that have shown consistency in the way that they generate returns.

“They are companies with good levels of free cash flow, that have been reliable over time,” Clayton says. “Their management teams have an understanding of the cost of running a business and consistently generate a return above that. Through that process they grow their moat, grow their business proposition to clients and stay in business at the expense of their competitors.”

This has been the case for many years.

“You have really good businessmen and women in South Africa,” Clayton says. “They are innovative, they understand how to use capital, and they deploy it well. We’ve also had conducive conditions for building businesses that have led to exceptional returns.”

This has, however, changed as the economy has run into trouble and many smaller companies have struggled. Their lower profitability has disappointed investors, and so they have been sold off.

“When you go through what South Africa’s economy has gone through lately there are a lot of really good companies, like retailers, that screen fantastically on historical data, but look terrible at the moment,” says Clayton. “Their return metrics are suffering.”

While this is what has turned sentiment against them, it may mean that they are being underpriced relative to their large-cap counterparts. And Clayton believes that this is creating a number of interesting investment opportunities that could perform very strongly when the economy turns.

“Some of the obvious ones are in the mid-cap space, like Bidvest,” says Clayton. “It has good free cash flow and a high degree of leverage to the domestic economy if things improve.”

“They’ve been under pressure and we don’t think they are being priced correctly,” he argues. “Volumes have been down in South Africa compared to where they have been traditionally. The number of people taking out medical aid has also stagnated as the economy has stagnated.”

The hospitals are however very geared to any improvement in volumes, as their cost base is relatively fixed.

“We don’t think they will continue to be under the same kind of pressure that they have been for the last 18 months,” says Clayton.

Amongst the small-cap counters, Clayton points to AECI as a company that looks cheap. Its chemicals division has stable margins and generates good free cash flows, but the market will be watching how well it integrates a major acquisition it recently made in Europe.

Investment company Brimstone, which has interests in a range of businesses including Sea Harvest, Oceana and Lion of Africa Insurance, is also looking interesting as it is trading at a discount of around 30% to its sum-of-the-parts net asset value. While the underlying businesses have been under stress, that discount becomes very attractive as soon as they start turning around.

Clayton also sees value in Sun International, although he says that it’s a good example of some of the risks investors can face in the mid- and small-cap space. The company took on a lot of debt to fund some aggressive expansion, and now finds itself both highly financially geared because of that, but also operationally geared because it has a lot of hotels running at sub-optimal occupancy rates.

“The operating business is very good, but they just took on too much debt,” says Clayton. “The upside is that these are the best performing stocks when the market turns. The gearing is bad on the way down, but then you get double the gearing on the way up.”