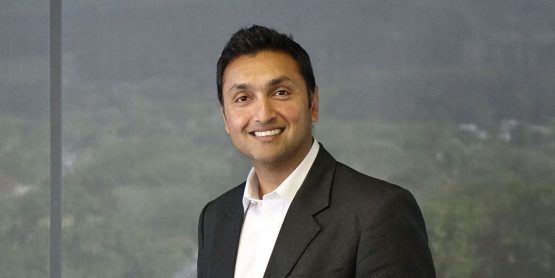 Over the year to the end of August, the R223 million Excelsia Equity 27Four fund returned 47.5%. This has made this relatively new portfolio one of the top-performing local equity funds over this period.

‘We are a manager broadly in the value camp,’ Excelsia Capital CEO Rajay Ambekar told Citywire South Africa. ‘We are more relative value managers than the deep value investors.’

Citywire + rated Ambekar, who founded Excelsia in 2016, also manages the fund. He has previous experience as a portfolio manager at Cadiz Asset Management, Prudential Investment Managers and Investec Asset Management, where he co-managed a value franchise with John Biccard.

Excelsia has total assets under management (AUM) of R2.5 billion, most of which is held in institutional or segregated portfolios.

Since its inception in March 2017, the portfolio has delivered an annualised return of 6.3%, compared with 5.8% from the FTSE/JSE Capped Shareholder Weighted All-Share index.

Ambekar said that after the Covid-19 crash last year, the fund picked up several positions that helped its performance.

‘In the first quarter of 2020, [amid the Covid-19 crisis] resources stocks crashed and took a lot of pain. Therefore, we added select resources stocks during those lows. In addition, we benefited from the strong recovery from March 2020 to the beginning of 2021.

‘In the early part of this year, we cut our resources positions and moved those funds into other opportunities as resources took some pain in recent months.

‘Similarly, we had a big overweight in platinum group metals, but we reduced that to an at-weight position,’ he said.

Ambekar said that one of the most significant contributors to the fund’s performance over the past year was telecommunications company MTN. The stock fell below R50 during the Covid-19 crisis lows, but has since rallied to R140. As a result, it is one of the fund’s biggest overweight positions, with a nearly 7% weighting in the portfolio.

Ambekar also highlighted Aspen’s contribution to the fund’s performance. The pharmaceutical company makes up about 3.5% of the fund.

‘It is a big active position, as the benchmark weighting is minimal. When investors were concerned about Aspen’s debt, it fell to about R70 a share. From below R100, we added it to the portfolio. It fell from 25 price-to-earnings ratio (P/E) down to a seven P/E, but the stock has been up over 120% over the last year,’ he added.

He also said that small and mid-cap stocks, including PPC, Aveng and Nampak, had also benefited the portfolio. From their lows a year ago, the share prices of PPC, Nampark and Aveng have increased by over 900%, 500%, and 400%, respectively.

The fund has also benefited from its position in Sasol.

‘It is a stock that has been through an enormous down cycle. Now with oil rallying, it is up over 100%,’ he said.

Another decision that he said boosted the fund’s performance was selling Naspers shares last year to buy banks, small and mid-caps and resources shares.

‘Over the last year, we have been underweight Naspers and Prosus, which has also been a nice contributor to performance.’

Despite the recent rally, Ambekar said he still saw many opportunities in the South African equity market.

‘We think there is still considerable upside in small and mid-cap stocks, which investors hammered over the last six or seven years. Companies like PPC and Nampak, even though they have gone up over the last year, are still very cheap,’ he said.

Ambekar said he also sees opportunities in the banking sector.

‘Looking at the banks’ long-term return on equity and valuations, we think there is still significant upside for bank shares, especially as they unwind the provisions they raised during the Covid-19 crisis. We see the potential for more substantial dividends from the banking shares,’ he added.

Ambekar also continues to see upside in MTN, as well as Aspen. This is particularly as the company could become a vaccine supplier to the rest of Africa.

‘That could have an enormous impact on their earnings,’ he added.

Climb into stock at the moment at your peril.

Delivering 6.3% since inception is not something to gloat about. This article also ignores the volatility and risk metrics. This manager has numerous funds closed down at his previous employers, hence always starting something new. I understand the marketing angle, but please be balanced in your reporting. Also , this Manager masquerading as a BEE managers in the 27/4 surveys?? Window dressing!

Stay away from Asset Managers (Old Mutual comes to mind)…. they the only ones that score.

But geez if your return is dependent on catching grey/black swans like world pandemics, well <50% return leaves lot to desire..

RV is usually a hedge fund, absolute return approach. This looks relative to a market index. So an index guy.

Is this even a South African firm or a manager from continental Europe? Sharp Roman looks and a Latin name.

Looks like a con artist and a paid for article. Poor work by moneyweb.

1 billion aveng shares sold so I don’t know what they are on about.