The three stocks that have defied the JSE’s stagnation A badly run fallen angel, an audacious newcomer, and a giant determined to transform make up the elite trio. Image: Shutterstock

For the five-year period to the end of December 2018 the FTSE/JSE All Share Index was up just 32.4%, including dividends. That is an annualised growth rate of 5.8%.

If you strip out dividends, the index finished the year below where it was in April 2015. That is a sustained period of market stagnation which has been extremely frustrating for local investors.

Over this period, many of the stocks that the market once saw as darlings have also fallen sharply out of favour. Aspen peaked at R443 per share in January 2015, but ended last year at R130. MTN traded at over R260 in September 2014, but has since dropped below R90. Woolworths shares were at R105 each in November 2015, but by the end of last year were struggling to remain above R50.

While all three of these companies have experienced specific issues that have impacted on their outlook, their share price performance has been further dampened by the state of the market as a whole. Given how sensitive they are to bad news, investors have been ruthless when they have been disappointed by a company’s performance. There has been nowhere to hide when things have gone wrong.

At the same time, investors have been largely reluctant to reward companies too much for getting things right. For most listed businesses, running a good operation is only just about enough to have kept your share price steady over the last five years.

There are, however, three notable exceptions. This is a tiny elite group of listed companies that have defied the pervasive pessimism on the JSE. Their share prices have continued to rise with relative consistency, despite the state of the overall market.

They are Naspers, Capitec and Clicks. These are not the stocks that have shown the highest gains over these five years, but rather the ones that have delivered the most consistent performance.

As the table below shows, apart from Naspers’s slight dip in 2018 and its flat performance in 2016, all three of these companies have grown their share price every year over the last five:

It’s worth bearing in mind that Capitec’s share price dropped 25% in a week at the end of January last year after the release of the Viceroy report. Yet it still finished 2018 in positive territory.

Overall, in a flat market, Clicks was up 205% for the five years, Capitec gained 437% and Naspers 164%. Even in a strong market, those would be considered impressive numbers. In an environment as difficult as the JSE has been, this is remarkable.

What is even more significant for investors to consider is that none of them was an obvious investment. A decade and a half to two decades ago, these were not the three companies that analysts universally expected to be the sure winners.

Clicks was a fallen angel that had been written off entirely by many investors. Capitec was not only trying to establish itself in an industry dominated by the four big banks but was competing against African Bank in the unsecured lending space. Naspers was trying to transform itself from a traditional media company into a digital player and had made a series of unsuccessful investments before making an unlikely bet on a Chinese company called Tencent.

“If we could get into a time machine and go 15 or 20 years back, none of these companies were slam dunks from the outset,” says Patrice Rassou, head of equities at Sanlam Investment Management. “If I told you that there’s this small bank called Capitec doing a bit of unsecured lending, would you have put all your pension money in it? You could argue Clicks was a better-known brand, but it was so badly run that you would have had to really believe in what the new CEO David Kneale was going to do to buy into it. With Tencent, you would not only have had to be a big believer in technology and a digital future but that China was going to evolve in this space faster than most people were expecting.”

Ahead of the curve

What all three companies have demonstrated, however, is an ability to evolve and transform themselves.

“People change and because people change, consumers, in general, change their behaviour,” says Hannes van den Berg, co-portfolio manager of the Investec Equity Fund. “And because of that change in behaviour economies also change. The companies that can stay ahead of the curve, as these three have done, will benefit over the long term.”

Without exception, these three have also had excellent management teams, strong balance sheets, high free cash flow, and the discipline to invest it appropriately.

“None of them are one-trick ponies,” adds Investec Asset Management’s Samantha Hartard, co-portfolio manager of the Discovery Balanced Fund. “Clicks has different areas of focus through its pharmacies and health and beauty, Capitec has moved into new spaces with its banking offerings, and Naspers has so many things that it is working on.”

These diverse revenue streams are, however, within a specific area of focus. Clicks specifically has been one of the few South African retailers that has avoided spending money on overseas acquisitions, which has destroyed value for many of its peers.

“Many industrial companies have tried to diversify offshore and struggled,” Hartard points out. “Clicks has focused on a home market that they know really well. They have executed well here and outperformed many of their peers that have maybe been distracted by their international operations.”

As Rassou notes, they have also all been extremely efficient in delivering returns.

“Operating efficiencies are a very big part of all of their models,” says Rassou. “These companies are being innovative, disruptive, and turning markets on their heads, but to be able to do that you have to be extremely efficient.”

Over the next few weeks, Moneyweb will look more closely at the JSE’s three superheroes and the lessons investors may take from their performance.

I don’t foresee Naspers nor Capitec doing to well in the next 2 years.

With the downpour of banks expected this year and a diminishing credit worthy population, cost will go up and profits not so much.

Naspers will get the finals nails in their multichoice coffin from over the Internet tv providers a such as Netflix.

Patrick, Woolworths touched R105 in late 2015 – nowhere near your quoted R150. As a financial markets commentator you must get the numbers right..

Thanks for picking up the typo. It’s been corrected.

Viceroy must be a bit in the dumps on capitec,s numbers. I think all three shares will shine in the next 3 years, and longer.Capitec has just recently acquired Mercantile which gives them entry into business banking, which will impact the large banks. The new entrants are niche banks, like Bidvest and Grinaker banking arms and wont make an impact. Government needs to speed up spending as well. 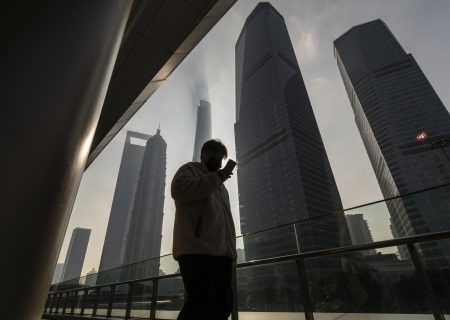