The upside down JSE 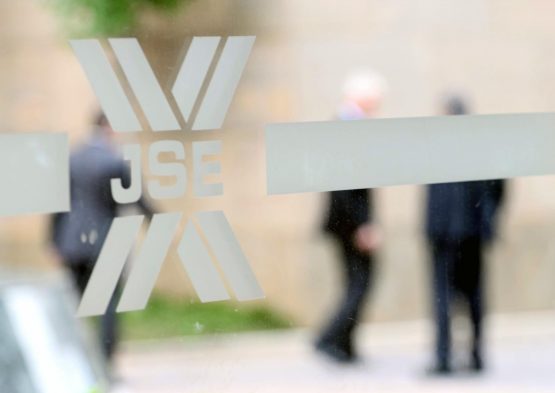 Figures from Novare show that Naspers has contributed more than four fifths of the Top 40's performance so far this year. Picture: Moneyweb

When investing in equities you can expect that, over time, small caps will always outperform large caps. This is known as the size premium – the fact that in taking extra risk in investing in smaller companies you will be rewarded with greater return if you are able to hold them for long enough.

Logically, this also means that in any market, the large-cap index will not, over the long term, be the top performer. A broad market index that includes mid- and small-cap stocks will do better.

This is so well established that when it isn’t the case, it has to be seen as an anomaly. And there is just such an anomaly apparent on the JSE at the moment.

For the ten years to the end of October this year, the All Share Index (Alsi) marginally outperformed the Top 40, as one would expect. But over the last five years and particularly over the last 12 months, the Top 40 has delivered a higher return.

What is more noticeable about this is that up until the mid 2000s, the outperformance of the Alsi over the Top 40 was significant – as much as 5% per annum. This margin has however narrowed, and, over the last five years, disappeared.

“You would expect the Alsi, with a larger number of stocks and small caps to do better than the large-cap index over time,” says Raphael Nkomo, the chief investment officer at Prescient Investment Management. “That is finance. That should work, and it has worked in the past.”

It hasn’t however worked since 2012. There are primarily three reasons for this, and they are inter-linked – Naspers, the rand, and South Africa’s economy.

“You had the rand weakening, which has helped the large-cap stocks, and Naspers has been extraordinarily strong over this time, which has contributed a lot to large-cap performance,” Nkomo explains.

This has been particularly pronounced this year.

“Year to date Naspers is up around 60% and the market is only up less than 20%,” says portfolio manager at Investec Asset Management Andrew Joannou. “Naspers over the last year has distorted things a lot.”

Figures from Novare show that Naspers has contributed more than four fifths of the Top 40’s performance so far this year. As the chart below shows, this is comfortably the most pronounced this influence has ever been. At the same time, the weak South African economy has had a significant impact on the performance of local companies, which are primarily found in the mid- and small-cap sectors.

“Over the last five years the ‘SA Inc’ companies have really struggled for various reasons,” says Cor Booysen, portfolio manager at Fairtree Capital. “Our economy is slow, we have political issues, there’s a lot of uncertainty among business and consumers, people are not spending, and growth is low.”

A question worth asking is how much of this is a structural change in the market, and how much is cyclical performance.

“Going forward, I think the small-cap premium is real,” Nkomo says. “It’s in the literature. All the research points to it, and it has worked in SA until the early 2000s.”

He believes that the last five years are therefore an anomaly.

Booysen does not however agree entirely.

“I think Naspers is more systemic than cyclical,” he argues. “Through Tencent, it is exposed to the economy with the largest population in the world, and one that is growing very fast. Tencent is also one of the biggest companies in that economy and it is therefore likely to outpace the growth of most companies in SA until it matures. And its not clear to me when that is. It could be another five or ten years, and by that time Naspers will be even larger and more dominant than it is now.”

A point in time

Investec’s Joannou makes one further point, which is that one must be careful about reading too much into a calculation done at just one instance. At the moment the Top 40 may have outperformed the Alsi over the last five years, but this is just a single data point.

“If you compared the rolling one-year returns of the Alsi and Top 40 going back every month to 2002, the Alsi still outperforms the Top 40 about 66% of the time,” he notes. “If you do this on a three-year basis it increases to 77%, and if you take five-year rolling returns the Alsi outperforms 92% of the time.”

“But when you get a huge share like Naspers that just gets bigger and bigger in the index, that share alone can affect the data,” Joannou says. “It’s not really impacting the size premium, it’s just distorting the data because you have one outlier doing so extremely well.”

Local interests is where Naspers cut its teeth as a type of safe haven for old guard who weren’t quite with the times yet. Other investors like Johnnic and Ster Kinekor dumped it for the coddled brat it was. Tencent was simply diversification that struck a chord, but given some competition it will collapse like a yeasty cake.

All this talk of all share highs is just symbolic and barren considering how isolated Naspers is to the local market thanks to Tencent. Investors should grasp the market as a profiting tool and not have too much faith in Bekker and van Dijk’s shenanigans.

I agree. Naspers being so highly valued is PURELY off the back on Tencent to the point that their waning operations in South Africa are negligible. In South Africa, Naspers is a dotcom bubble on it’s own. Everyone has been very excited about them for a long time and if you were to sell now you would have made your money, but I don’t hold hope for Naspers for much longer. As soon as Tecent sneezes, Naspers will flop.

Many of the Naspers businesses are only suriviving as a result of cash support from Tencent share revenue and unfortunately for them, the culture of the Nasper businesses still being massively successful and printing money is still pervasive. That is not a culture that can quickly be changed when Tecent flops.

Yes until they provide more information we can’t assume otherwise.

Hi Patrick, do you not think that the phenomenon you have described is largely due to the fact that so many of the large companies are dual listed? Their performance is therefore a reflection of both the SA and the world economy and also confidence in those respective economies.

On the other hand the smaller caps are more exposed to the SA economy and therefore the confidence of investors as to where the SA economy is headed. To me this is what it suggests. If so, it would mean that if confidence in our economy improved the old observation that small caps outperform large caps would be restored.

Yes, certainly. An observation from Fairtree’s Coy Booysen that I was not able to include in the article:

Both views are partially correct. The Top 40 is heavily weighted to foreign currency and the majority of these companies are viewed as defensive stocks in difficult political and economic times that SA is experiencing. Companies outside the Top 40 are more directly exposed to the domestic risks and reflect what is really happening in our economy(record index highs are a joke when you see what is happening on the ground in SA). But perhaps the most crucial factor is the structure of our equities market which is one of the most concentrated in the world and almost exclusively institutionally dominated. The result is that due to regulations and mandates styles, institutions are not easily able to invest outside of the Top 40 companies. The concentration is further compounded by passive investments that track the index. So who invests outside of the Top 40? In less concentrated markets this segment would be driven by retail investors and smaller bespoke funds. But the barriers to entry and associated costs are prohibitive when compared to other jurisdictions. Easy Equities and the exchanges such as ZAR X have attempted to address this but it will take many years to break the established mould.

So where is our growth coming from? Listings of new innovative companies (SA is a hub of innovation) are almost non-existent as so-called smaller listings are difficult to get away (institutions need size without holding a large percentage of a company). Lets hope the new exchanges are able to broaden the investor base and bring these new companies to market.

It is a sign of how much of a disenabling investment environment the ANC has left in SA.

So along with a capital strike is this environment of making it impossible to succeed.

Leaving out Zuma is like leaving out the Hurricane component in a storm.

Very interesting article, thanks.
also very scary if Naspers is responsible for 80% of top 40 performance.
once again it shows the Jse is not the place to be invested, what with mickey mouse rand and a govt. that sabotages the efforts of good men.