There is a bear hiding on the JSE

Special situations, corporate action and a weak rand have supported a few shares and the Top 40 Index.
By Adriaan Kruger 18 Jul 2022  10:30 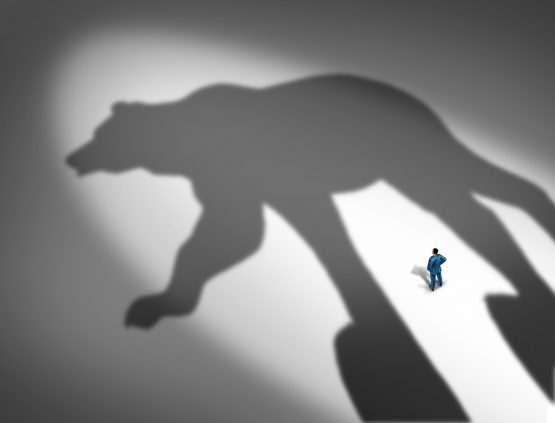 The truth is that the market cap of the JSE is concentrated in only a few shares, which often distorts the underlying market sentiment. Image: Shutterstock

But all the classic signs of a bear market are there. The only reason the bear can’t be clearly seen is because it’s hiding behind the good performance of a select few shares.

The recent big increases in the prices of Naspers and Prosus – two shares that have an abnormally big weighting in the index – come to mind immediately.

Naspers jumped 66% from a recent low of barely R1 470 to R2 454 after the Naspers/Prosus group announced its new plan to narrow the discount at which the shares trade relative to the value of their investment in Tencent. Naspers is trading 76% above its 12-month low.

Prosus increased from a low of R690 in May to a high of R1 218 following the announcement at the end of June that the group plans to sell billion of rands worth of Tencent shares and then use the proceeds to buy up the relatively cheap Naspers and Prosus shares in a massive buy-back scheme.

That Prosus increased by 61% from its annual low of less than R680 also supported the index.

The shares of several large international companies also served to disguise the bear market, largely due to the sudden weakness in the exchange rate. The rand was sitting steady at around R15 per dollar before suddenly crashing to R17.

Sasol is currently trading at more than 70% higher than its annual low.

This comes of the back of the weaker rand, high oil and chemical prices that are benefiting the group, and better performance from its plants in SA and around the world.

The weak rand also gave British American Tobacco South Africa (Batsa), AB InBev and Richemont a push. That these heavyweight shares are all trading comfortably above their lows of the past year – Batsa is 38% higher while AB InBev and Richemont are around 17% better than their 12-month lows – is not what investors would expect during a bear market. Interestingly, Datatec is currently trading 83% above its recent low.

Special situations have supported others. The restructuring of assets has seen Remgro deflecting the bear’s attack, and also supported Mediclinic and Distell.

Remgro’s offer for Mediclinic has seen the share price jump to trade at more than 70% its annual low.

Read:
Remgro offer for Mediclinic is a ‘done deal’
Is Remgro planning its exit from the JSE?

However, the classic signs of a bear market are noticeable. Companies providing basic needs are performing relatively well, as are those classic defensive stocks.

The allure of defensive stocks like BatSA and AB Inbev are withstanding the pressure, while banks, foods retailers and pharmaceuticals are doing well too.

Shares in the cyclical metals and minerals industries had no place to hide as global economies are expected to slow down following central banks’ stricter monetary policies.

Amplats, Sibanye-Stillwater, Implats, AngloGold, Harmony and Kumba fell between 45% and 55% each.

This comes as investors seemed to shy away from the inherent risk of a retailer that has been struggling for years with different strategies to recover its lost lustre.

“Not only does this create worry and stress, but with it the [belief in the] need to take action and fix the situation,” she says.

“If investors are concerned about falling returns, they may be more inclined to sell rather than hold or buy shares. A sell-off can then trigger further pessimism about market performance, acting as a negative feedback loop that sends the market into decline.”

This behaviour is typical of a bear market, defined as a broad market index falling by 20% or more from a recent high.

Read: Wall Street’s latest bear market may be here to stay for a while

She adds that a bear market is essentially a crisis of investor confidence, the causes of which can vary. The most common trigger of a bear market is rising interest rates, which results in a weak or slowing economy, or the anticipation of an economic slowdown.

The decline of 15% in the JSE Top 40 since its recent high does not quite comply with the formal definition, because of the special situations described above.

The truth is that the market capitalisation of the JSE is concentrated in only a few shares, which often distorts the underlying market sentiment.

Investors holding those shares that have tumbled between 30% and 50% will definitely think the bear is loose.

Reuvers says investors should stay disciplined during periods of market turmoil. “If your goals haven’t changed, neither should your investment strategy.

“The get rich trick to long-term investing is simple – invest your money, sit tight and let it grow over time. That’s also where the added benefit of compound interest starts to work its magic the best.

“If in doubt, look at your investment values and market prices less often. If you have a five-year investment horizon, what good does it serve you to worry about the values in the first year?”

“Instant market updates and shocking headlines stream our way via news channels that have access to almost every outlet we consume. The media is designed to evoke emotion. In most instances, we are left feeling worked up and helpless with no clue how to react.

“Remember that markets are forward-looking. By the time you buy the best performing shares on the market, the market has already reacted and priced in its forward-looking view. Not only have you sold out at a low price, but traded them for very expensive shares.

“All your action does is to lock in that short-term loss,” says Reuvers. “The current market conditions and economic environment are both challenging and uncomfortable, but we have been here before and we will be here again.

“Often the worst days in the market are followed by the best days,” she adds.

“Unfortunately, you need to be invested through both the good and the bad to reap the benefits of gaining long-term market returns, which translate into wealth creation over time.”

There are a whole circus troop of bears.

What are we comparing ourselves against? The ZAR, the MSCI World Index, or a stable currency and incorruptible benchmark such as gold?

We can create a rosy picture if we want to. We can measure the JSE in terms of Zim dollars.

Always my gripe sensei; quote returns in USD. Having just been to Zim; USD is king.