The asset classes that contributed significantly to the fund’s performance were local property, preference shares and domestic equity.
By Justin Brown, Citywire 16 Dec 2021  00:59 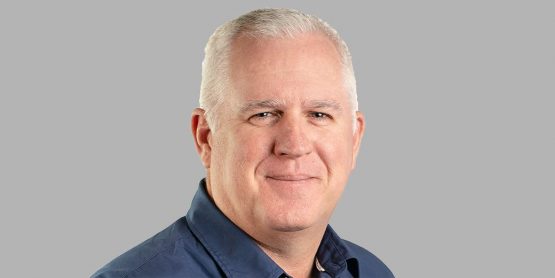 The top-performing fund over the last year in Citywire’s mixed assets – balanced ZAR category achieved a 44.1% annual return. And co-manager Ian Anderson believes this is largely because of its differentiated asset allocation.

The R1.4 billion Counterpoint SCI Managed P&G fund’s beat its benchmark by fourfold and was first out of 159 funds in its class. The fund’s benchmark, which was up 10.9% over the year ended in October, is consumer price inflation plus 6%.

‘The fund’s performance is a function of the differentiated portfolio, which has a higher allocation on average to growth assets,’ Counterpoint Asset Management’s Anderson told Citywire South Africa during an interview. The fund’s other portfolio manager is Richard Henwood.

Anderson added that the portfolio staged a strong recovery over the past 18 months because of its weighting to domestic equities and property.

The fund aims to provide for South African investors seeking income at retirement.

‘We own stakes in good quality South African businesses that grow their dividends through time. We supplement that with a higher allocation to listed property to bolster the yield.

‘The income yield of the fund is just under 7%, which is high for a balanced fund with 80% to 85% exposure to growth stocks. That is a function of value in the South African market right now. The domestic equity component of the fund is yielding 5.5%,’ Anderson said.

‘All the equities the fund owns have returned to paying dividends. Many of them are already paying dividends at above 2019 levels. However, most share prices are below 2019 levels. We expect the fund’s equity portion to grow dividend income at around 15% a year for the next three years,’ he said.

He said it was unusual in South Africa for a balanced fund to have high exposure to listed property, which makes up almost 21% of the portfolio.

‘If we look at the Association of Savings and Investment South Africa statistics, South African balanced funds typically have overall exposure to listed property of around 3.5% of their assets,’ Anderson said.

A large asset manager could not achieve this kind of high property exposure, but a smaller asset manager like Counterpoint had the flexibility to do so, he said.

‘We have also seen a substantial recovery in [listed property] dividends. We benefitted from a strong recovery in listed property share prices driven by corporate action because these huge discounts to net asset value are becoming attractive.’

Another unusual asset allocation decision is that the fund has 5% of its assets devoted to preference shares.

‘That position was a massive contributor to the total return in 2021. We only own bank preference shares. The fund invested in these securities during last year when they were trading at 65% of par, and the market was worried about the health of the banks and whether they could pay dividends,’ Anderson said.

On the fund’s outlook, Anderson said he expected strong growth in capital values over the next 12 to 18 months as the world normalised.

Since its inception in March 2012, the fund has achieved an annualised return of 6.8% versus a benchmark return of 11%.

Anderson attributed the fund’s lag in long-term performance to its domestic focus. Since 2018, South African domestic-focussed equity and listed property shares have experienced a substantial devaluation because of a decline in investor confidence. Offshore investors were underweight South African assets too, he said.