Three questions from the Raging Bulls 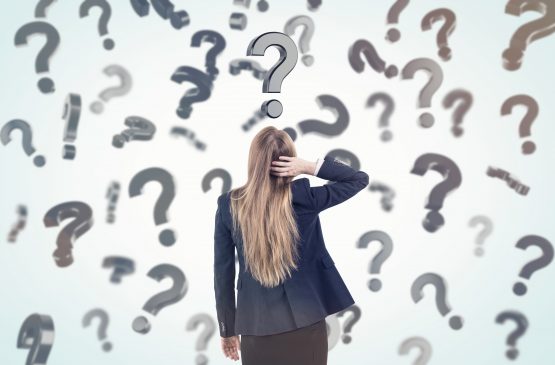 A ‘special’ award was given to Vunani Limited, perhaps because it sponsored the event. Picture: Shutterstock

The Raging Bull Awards have been held for the South African unit trust industry for 23 years. They are designed to recognise the top performing funds across a number of categories, both for straight performance over three years and risk-adjusted performance over five years.

Every year, the announcement of the winners raises the same questions: just how relevant and meaningful are the results? Do they tell investors anything worthwhile?

Read: And the most nonsensical Raging Bull Award goes to …

This is particularly the case over shorter time frames, and an argument can certainly be made that the three-year period that the Raging Bulls use for straight performance is largely meaningless across many categories. It might make sense to measure multi-asset low equity funds over three years, since these are lower risk portfolios, but the three-year performance of equity funds tells you little.

Does this mean investors should pay no attention to awards like these? The answer to that might be ‘It depends’. Three issues that came up at this year’s awards bring this into focus.

This year the number of award categories at the Raging Bulls was reduced from 43 to 31. This was a fairly sharp drop and recognition that too many awards were being made in categories that either have very little competition, attract little investor interest, or were being duplicated.

While doing away with a number of these was definitely an improvement, further categories can be cut. Consider that the annual Morningstar Awards only had nine winners in 2018.

Notably, the Raging Bulls did away with the category for the best South African Equity Industrial Fund because there are now fewer than five active funds in this category, but still made awards for the best financial fund, best resources fund and best small and mid cap fund. According to the latest statistics from the Association for Savings and Investment South Africa (Asisa) there are only six financial funds, six resources funds and eight small and mid cap funds. Winning one of those categories can hardly carry the same weight as winning in the multi-asset high equity category where there are over 200 funds.

The Raging Bulls also gave awards for the best offshore European equity, best offshore Far East equity and best offshore US equity funds. It’s not clear that there is anywhere near enough investor interest to justify this delineation.

One of the most debated awards made this year was the certificate given to the Absa Property Equity Fund for best risk-adjusted performance by a South African real estate fund over five years. In what was a horrible year for listed property in 2018, this fund lost over 30% and was the second worst performer in its category. It was down over 34% in the first quarter of the year alone.

A fair question is whether this really represented good risk management on the part of the fund manager, particularly since the portfolio was heavily skewed towards holdings in the Resilient group of companies. The top-performing South African real estate fund last year was down less than 4%, so despite the performance of the sector it was possible to protect investor’s money.

However, ProfileData, which calculates the PlexCrown ratings on which the risk-adjusted awards are made, told Moneyweb that the Absa Property Equity Fund was the best fund in its category across all five criteria used in assessing risk-adjusted return over five years. These are the Sharpe ratio, Sortino ratio, Alpha, Treynor ratio and Omega measure (for an explanation, you can download the PlexCrown methodology here).

What this highlights is that these calculations are all made considering the full five-year term. An event like this fund’s substantial drop at the start of 2018 is therefore essentially smoothed out over 60 months to look far less significant.

One could argue that any fund losing more than a third of its value in a matter of a few weeks should find it difficult to compete in a category that is assessing risk. However, as ProfileData pointed out, the criterion is risk-adjusted return, not risk management. And, in that respect, the Absa Property Equity Fund has been a stand-out performer over the last five years.

Once again, this highlights that investors should not take these awards on face value. Winning a Raging Bull is not proof that a fund is ‘good’, but rather that it delivered a certain outcome over a certain period.

It cannot tell you whether that was due to skill, luck or simply taking on more risk than its peers. Even a risk-adjusted return measure still foregrounds the return.

Undoubtedly the most contentious presentation of the evening was the Executive Editor’s Special Award that was given to Vunani Limited. No explanation was given for what this award was recognising, or why Vunani was chosen (particularly since Vunani Limited is not an asset manager, although one of its subsidiaries is). All that Moneyweb could find out was that this was a ‘discretionary’ award.

Unfortunately, the impression this created is that Vunani was given an award because it sponsored the event. Moneyweb asked Independent Media to clarify if this was the case – and, if not, why the award was given, but received no response.

If this is indeed why the award was given, it rather cheapens the event and all the other awards handed out. There should not even be a suggestion that the winners at the Raging Bulls are being recognised for anything other than performance excellence.

Indeed. Any risk-adjusted return measure is largely irrelevant to the actual investors. Especially if using volatility as a measure of risk.

As one successful balanced fund manager succinctly put it many years ago: “You can’t eat a Sharpe ratio”…I’ll never forget that one.

These awards should recognise performance excellence, with excellence being defined as consistent and persistent. This is what matters to most investors.