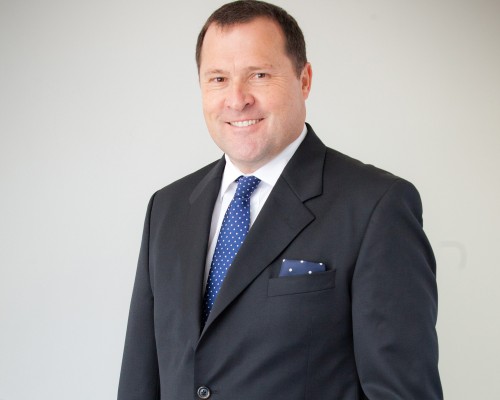 Hedge funds have already been around for 15 years in South Africa, with some of the first funds of hedge funds (FoHFs) already possessing ten-year track records. With regulation making these products available to the broader public becoming effective since April 1, the industry looks set to cross a new threshold. So we thought it would be a good time to look back and reflect on how the industry has developed over the last decade.

“Being one of the first FoHFs to launch, we (at Sygnia) certainly had our own expectations of what we thought the industry could deliver, and we think these have been met,” says Simon Peile, head of investments at Sygnia Asset Management. “The industry (and our FoHFs) has made a meaningful contribution to investors by delivering solid returns at much lower levels of risk than most traditional portfolios. So, to borrow an idiom, we think what’s been put in the box, very much matches what’s been put on the box.”

In relation to assets under management (AUM), the industry has grown steadily since opening its doors. In 2004 Peile and colleague Willem van der Merwe identified 20 different hedge fund firms that collectively managed R3.5 billion which could potentially be included in Sygnia’s FoHFs. “The industry now has over R50 billion spread across more than fifty different managers. In the past, the firms usually comprised one-or two-man operations. Today these are substantial teams that in every sense can be classified as boutique asset managers,” says Peile.

Some of the new entrants over the period have come from large asset managers and life companies, with varying degrees of success relative to the boutique hedge fund specialists. This has reinforced the idea of investing through a FoHF according to Peile.“We have typically had about 15 funds in the portfolio at any one time, and over the last ten years we have invested in about forty different hedge funds at one time or another,” says Peile.

Sygnia’s experience has taught them to concentrate on assessing the skills of the individual that manages a hedge fund, as opposed to the corporate or brand (which is typically the case with the larger investment managers). “We think it’s the quality of the individual that matters, and the boutique environment is often a very attractive place for some of the best in the industry,” says Peile. “But we expect more large investment managers will move into the hedge fund space now that they can sell the product to the retail market.”

The changes in regulation (alluded to earlier) have become effective since April 1. “South Africa is really leading the way in terms of regulating hedge funds,” says Peile. Following on from the licensing of managers in line with the FAIS act, the new regulation allows for the registering of two different types of hedge fund products, making them regulated in the same way as unit trusts.

“The retail version will probably be dominated by the asset gatherers (large asset managers). The Qualified Investor version will be a similar product to what is available at the moment, but will probably be dominated by the boutique managers,” says Peile. Recent changes to the way pension funds are run (Regulation 28) have allowed them to allocate as much as 10% to hedge funds. “So it’s effectively opened the door for the next stage of the industry’s evolution,” says Peile. “Although much work needs to be done to make retail investors and their advisors aware of what these products can do.”

One of the biggest selling points of hedge funds is their ability to provide protection when markets collapse. “During the financial crisis in 2008, most hedge funds demonstrated their ability to limit losses in the portfolios,” says Peile. He thinks the risk oriented mindset hedge fund managers possess – perhaps the by-product of using leverage and being able to profit from downward moves in asset prices – fundamentally sets them apart from the more conventional asset managers. “In addition, managing smaller asset bases, they are typically more nimble and can access parts of the market which big institutions can’t get to,” says Peile.

Sygnia has had the benefit of twelve years of experience in assessing the traits of successful managers. “One of the things we have learnt as a FoHF manager, is that when backing the person as opposed to the institution, the discipline of when to exit (sell) a hedge fund, is as important as when to invest (buy). We think this is one of the reasons people pay us to make allocations to these types of investments – we can perform the extensive research that allows us to assess these managers properly,” says Peile.

In conclusion, the industry has grown steadily over the last ten years and at the very least, looks able to continue in the same way over the next decade.

Yawn, another Sygnia self gratification piece

Dear Barry. We are happy to provide all investment related information to legitimate investors who provide their name and contact details. Please contact our client service center for information relating to funds of hedge funds investments.

Hi. I am interested to know why Sygnia will not disclose the fees as asked by Barry. According to Sygnia and others, fees investors pay are very important in the investment decision so this information is important. They speak about being transparent yet won’t answer what seems to be a simple question.

Another gr8 ad for Sygnia. Why are fee a top secret for Sygnia. Must you first risk your capital before fees are disclosed or waste time in a meeting. Come on Sygnia – be transparent as that is what you want everybody to believe. It seems you constantly come up with the same answer – it get boring. Give your reasons not to disclose and answer the questions!

Hi. I am interested to know why Sygnia will not disclose the fees as asked by Barry. According to Sygnia and others, fees investors pay are very important in the investment decision so this information is important. They speak about being transparent yet won’t answer what seems to be a simple question.

You are correct, fees investors pay are very important in the investment decision, so as stated above, we are more than happy to answer any questions you have and to provide you/Barry with the information you require.

We have a dedicated Client Service Centre that is ready to assist with this and any other queries you might have, so please do contact them via telephone: 0860 794 642 (0860 SYGNIA) or email: admin@sfs.sygnia.co.za.

The reality is that Sygnia won’t disclose the TER because it is probably horrendous. Ask what performance fee caps exist what participation and what hurdle and benchmarks is applied? We hear so much about fees and keeping costs low, in some of the portfolios which institutional investors access, the FoHF are built into the portfolio with no real disclosure as to these costs, they are ‘net priced’ vehicles so really smacks vagueness as opposed to we are champions of low costs and fighting for the consumer. There is also a fee of the underlying manager and then Sygnia and then a performance fee by both! Whew!