How balanced fund managers have had to negotiate the recent market environment.
By Patrick Cairns 23 Mar 2020  10:00 Being able to have smaller companies as meaningful holdings in their funds gives medium-sized fund managers an advantage. Image: Shutterstock

South African investors have moved large amounts of money into balanced unit trusts over the past decade. The assets in aggressive allocation funds have grown from R72.3 billion in 2010 to R419.6 billion by the end of 2019.

For the first half of this period, this strategy was rewarded with excellent returns from these strategies. Over the last five years, however, the average aggressive balanced fund in South Africa has delivered just 5.1% per annum.

That is only slightly above inflation, and well below the long-term averages expected from these kinds of products. This has forced many managers to think particularly hard about how they generate returns for their clients.

Some managers have responded by allocating more to local bonds than would normally be the case.

“I grew up in an environment where cash used to give you 2% to 3% more than long bonds,” says the portfolio manager of the Sasfin BCI Prudential Fund, Philip Bradford. “But we have been repriced as a country. With inflation around 4%, we have seen as much as inflation plus 6% or 7% out of bonds post Nene-gate. So these much lower risk investments have been offering us the kind of returns, with a high degree of certainty, that we would normally like to get out of equities.”

This performance from local bonds has come despite the negative sentiment around South African assets.

“The irony is that South Africa is one of the only markets in the world where investors are still able to get high returns out of the lower risk assets,” Bradford points out. “Elsewhere in the world bonds are giving you a 1% real return or a little more if you’re lucky. We’re getting inflation plus 5% out of our bonds.

“For many investors, this is a bit of a dream come true,” he notes. “You are able to target inflation-plus returns without taking too much of the traditional equity risk.”

This has meant that portfolios can give respectable returns without carrying high exposure to the stock market, where performance has been weaker.

“We only have 21% in local equities, where a normal allocation would be 45% to 50%,” Bradford points out. “Some of our competitors would consider themselves underweight equities sitting around 40%.

“And I think what is likely to continue to work is not so much being underweight equities, but gravitating more towards higher yielding assets,” he adds. “Fixed rate bonds for me are the most attractive because we are likely to end up in a further rate-cutting environment in the future given what’s happening around the globe.”

In this climate, managers have also had to be extremely disciplined in their approach to the markets. Chasing returns has quite often led to disaster.

“For us the biggest risk that we manage throughout our funds is staying out of overvalued assets,” says Gavin Wood, chief investment officer at Kagiso Asset Management.

“That kept us out of something like Steinhoff for years. We thought it was overvalued and it tripled, but eventually we all know what happened. So, staying away from overvalued assets has kept us out of a wide variety of things that have massively disappointed investors, even though it’s really hard in the shorter term when these things can do really well.”

Wood believes this has also been an environment in which it has been beneficial to be a medium-sized manager, as it has been possible to capture returns across the market.

A little goes a long way

“Many of the large managers would own upwards of R250 billion in South African equities across their funds,” he points out. “We own about a tenth of that. And what that enables us to do is have holdings in medium-sized shares that are a reasonably high percentage of our portfolios.”

He cites Clover as an example. The company was bought out last year, but it gained over 100% in the 22 months before it was delisted from the JSE.

“We had a position that was about 2% of the equity in the balanced fund, in what was a R2.5 billion company,” says Wood. “So when it doubled, it added meaningfully to the fund’s return.

“But for a large manager, they could have owned the whole company and it would still only have been not more than 1% of their equity holdings,” he points out.

“That is a massive advantage for a manager like us. We are able to have smaller companies as meaningful holdings in our funds.”

The Kagiso Balanced Fund was recognised as the best aggressive allocation fund at this year’s Morningstar Awards. The Sasfin BCI Prudential Fund was runner-up in the category. 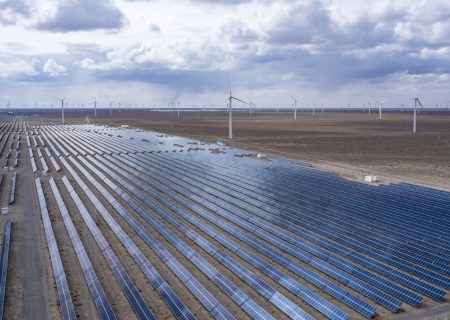