Eight local unit trusts that caught our eye this year

Citywire South Africa picks out some of South Africa’s most notable top-performers in 2021.
By Patrick Cairns, Citywire 14 Dec 2021  10:01 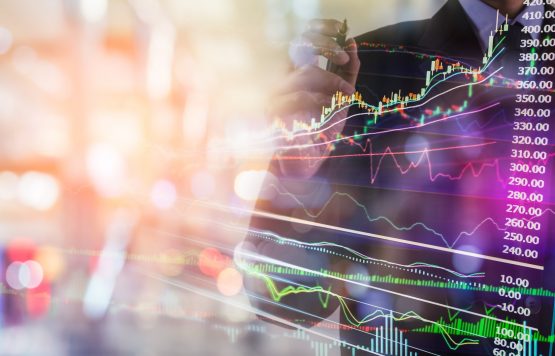 It’s been a good year for local value managers, property managers, and those prepared to look for opportunities in the mid and small cap sectors of the JSE. Image: Shutterstock

This year has been an extremely good one for local fund managers. Of the 1 207 South African unit trusts listed on Morningstar, just six have delivered a negative return for the year to the end of November.

It has also been a year of significant reversals. Of the 10 top-performing funds so far this year, just two delivered a positive return in 2020.

While last year’s performance tables were dominated by global equity funds, and growth funds in particular, 2021 has been a year for local value managers, property managers, and those managers prepared and able to look for opportunities in the mid and small cap sectors of the JSE. Largely, these were strategies that had a difficult time last year.

Highlighting the performance of any unit trust over a period as short as 11 months is, of course, fraught. But it is nevertheless worthwhile to examine what drove their returns.

This is not to draw any conclusions about their potential future performance, but simply to appreciate what approaches the market rewarded this year.

Last year, it was one of the small minority of local funds that recorded a negative annual return. It was down 0.9% in a year when 84% of South African unit trusts (excluding money market funds) made gains.

For the year to the end of November 2021, however, it showed a return of 126.7%. This is more than twice the gain of the next best South African fund over this period.

As manager Leandro Gastaldi explained to Citywire South Africa earlier this year, this reversal has largely been fuelled by the performance of energy stocks in the portfolio. These have been a prosperous hunting ground for his deep value approach as these bombed out counters have rallied in the post-Covid recovery.

The top-performing South African equity fund this year has been an index tracker.

The 1nvest Sector Neutral Value Index fund was up 54.1% for the first 11 months of 2021. The fund gives exposure to the stocks showing the highest value characteristics on the JSE, and benefitted from the reawakening of the value factor this year.

Its latest fact sheet shows that it currently holds a healthy slug of mining counters like Sibanye-Stillwater, AngloGold Ashanti, Gold Fields and Royal Bafokeng Platinum. Its largest exposure is however a 17% weighting in Richemont.

Another fund manager riding the value resurgence has been Flagship’s Niall Brown. The Flagship IP Flexible Value fund he manages has topped the performance rankings amongst South African flexible funds, returning 51.1% for the year to the end of November.

This fund was another of last year’s strugglers, having lost 2.6% over 2020. As Brown told Citywire South Africa earlier this year, he found himself holding cheap shares that just ‘carried on getting cheaper’.

This year, however, his patience was rewarded. Holding stocks like Nampak, York Timbers, Caxton and Stellar Capital has meant that the fund has benefitted as breadth returned to the JSE.

Local property funds have been an obvious turnaround story this year, but there have also been some big reversals for global property portfolios.

Managers Ian Anderson and Richard Henwood have positioned the fund largely in the residential, retail and logistics sectors, and have realised returns from the reopening trade.

The Ninety One Value fund is another of those unit trusts that struggled last year, losing 7% in 2020. However, it gained 41% for the year to the end of November.

Citywire A-rated Biccard has been a big holder of gold miners, but the largest exposure in the fund at the moment is to Royal Bafokeng Platinum. Murray & Roberts is second largest, at 9%.

Biccard also believes that an environment of higher inflation will continue to benefit value stocks. As he wrote for Citywire South Africa earlier this year:

“Value stocks are cheap, uncorrelated with other factors and, if the world is heading for even a moderate sustained reflation, value stocks will definitely do well and provide some much-needed diversification.”

The Nedgroup Investments Property fund he manages is up 39% for the 11 months to the end of November, after a fall of 29.6% last year.

Anderson has built a portfolio that looks distinctly different to the index, with the largest positions being in Fairvest, Tower and Dipula. The sector’s three largest stocks – Nepi-Rockcastle, Growthpoint and Redefine – don’t even feature in the fund’s top 10.

The second index fund that stood out this year is another 1nvest strategy. It is also one of the few portfolios that has performed strongly across both 2020 and 2021.

The fund feeds into the iShares S&P 500 Information Technology Sector Ucits ETF, and provided exposure to information technology shares in the US. Its largest holdings are Apple, Microsoft, Nvidia, Visa and PayPal.

It is, however, a highly concentrated portfolio at the moment. Nearly 40% of the fund is currently held in just its two largest positions.

In the current environment, it might be surprising that the top-performing South African multi-asset high equity fund so far this year is sitting with a large portion of its portfolio in cash and very little in local bonds.

Many local multi-asset portfolios have taken advantage of high South African bond yields in the past year, and shied away from the poor returns available from cash. However the manager of the Aylet Balanced Prescient fund, Walter Aylett, told Citywire South Africa earlier this year that he doesn’t think that local bond yields are high enough to justify the risk, and that the threat of a market correction makes the optionality of cash attractive.

He has preferred to look for returns from cheap local equities, and international sectors like energy that have been showing value.

The result has been a 35.1% return for the year to the end of November.