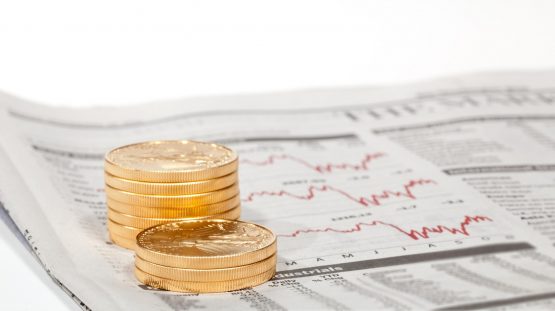 The gold price is notoriously difficult to predict, but the investment case is sound as gold tends to be uncorrelated to other traditional asset classes. Image: Shutterstock

Global uncertainty abounds and people are once again looking to the age-old safe haven, pushing the price of gold to its highest levels in more than seven years.

In SA, investors are looking to the two exchange-traded funds (ETFs) as a cheap and easy way to invest in the precious metal. Both NewGold and 1nvest Gold have published several announcements on the JSE Sens service in the past few weeks outlining the creation of new units to meet demand from buyers.

And each time they listed new debentures on the JSE, the funds bought more gold.

NewGold, operated by Absa Corporate and Investment Bank (CIB), has published no fewer than nine announcements in recent weeks relating to the creation of new units. Since the end of March, it has created three million news units to bring the total to nearly 71.7 million. Each unit represents 1/100th of an ounce of gold.

In total, NewGold holds around 21.5 tons of gold on behalf of its investors. The gold is stored in London, secure from thieves (and politicians).

1nvest Gold has seven million debentures in issue, each also underpinned by 1/100th of an ounce of gold. 1nvest Gold, previously known as AfricaGold, is run by Standard Bank’s Corporate and Investment Banking division. Its total gold holdings exceed 2.1 tons.

Whenever the two gold ETFs receive inflows, they need to create new debentures and buy more gold. This can lead to significant changes in the number of units and the amount of gold in their vaults.

Len Jordaan from Absa CIB explains that an ETF needs to create and cancel units at regular intervals due to changes in the inflow and outflow of investment funds.

“ETFs are quite fluid in the number of securities  they have listed at any point in time. This is because they are open-ended – changes in supply and demand for the ETF units should not impact their price,” he says.

Jordaan says that holding unissued shares to issue or to buy shares back like listed companies do from time to time is not an option for ETFs.

“While companies may have unissued shares that they can issue at a later stage, buying those shares back requires shareholder approval and can be quite onerous operationally.

“NewGold has a seamless process for creating and destroying securities in response to changes in investor demand, which ensures that the securities trade at their fair value rather than at a premium or discount to the price of the underlying gold,” he says.

Johann Erasmus, head of index funds at Standard Bank Corporate and Investment Banking, says that 1nvest Gold creates and redeems units as an ETF cannot issue units without the equivalent amount of gold being held in the fund.

“The fund cannot hold created but unissued units, as this would mean that it created units without the appropriate amount of gold backing.

“The fund cannot invest in itself nor does it have the capability to fund gold on its own account. The only money it receives is from investors,” says Erasmus.

“[This] ensures that, should there ever be a credit event, ETF holders are sure that they are the only claimants to the equivalent amount of gold.”

How much investment appetite for gold changes can be seen in the history of NewGold. It enjoyed a strong inflow from its launch in 2006 until 2010, partly because it was the first gold ETF on the JSE and filled a particular need in the market, but mostly because investors worldwide piled into gold during this period following the financial crisis of 2008.

NewGold’s gold reserves increased from zero in 2006 to a peak of more than 52 tons of gold in 2010, after which investors started selling their units (and effectively their gold) when the uncertainty of the 2008 crisis started to recede. NewGold shrank by around 60% before the current bout of buying kicked in.

Jordaan points out that gold holdings by ETFs worldwide have now increased to record levels, following market uncertainty and the latest round of interest rate cuts during the first quarter of 2020.

Earlier investors benefitted from the sudden increase in the gold price to nearly $1 700 per ounce and the fall in the rand to the current R18.81 per dollar. The price of NewGold debentures has increased by 100% from around R150 at the beginning of 2018 to the current R300.

Jordaan says that while it is difficult to predict the gold price, the investment case for gold is nevertheless sound, as gold tends to be uncorrelated to other traditional asset classes.

“The gold price is sensitive to several economic variables and to overall sentiment, which are all difficult to predict. Low interest rates, which we are currently seeing globally, are typically good for the gold price as investors incur less opportunity cost of holding non income-yielding assets like gold. High volatility in equity markets also tends to favour gold as it still serves as a ‘safe haven’ asset.

Erasmus points out that one of the benefits of investing in a precious metals ETF is that the combination of an increase in the gold price and weakening of the rand results in a double benefit for investors, with the overall position similar to taking money offshore and buying gold – but without the hassle.

Gold ETFs are classified as domestic assets and can be bought through stockbrokers or through the relevant banks’ marketing platforms.

“You would typically be investing in a gold ETF if you believe the value of gold is going to rise; for the safe haven status; [if] you believe the rand will depreciate against the dollar; or you wish to diversify your portfolio away from traditional assets,” says Erasmus.

He believes gold will remain a go-to investment during periods of uncertainty and volatile financial markets.

Investors who bought gold ETFs a year ago are probably smiling behind their masks, while new investors are debating whether it will be wise to get in now with gold already sitting close to $2 000 per ounce.

It is, after all, only the third time in 100 years that the gold price has increased to these highs.

The rand is at record lows and there are some arguments for a bit of a recovery. However, SA’s persistent low economic growth rate, the recent downgrade by credit rating agencies and a looming unemployment and social crisis makes even the most basic valuation of the currency impossible.

The toss up is between Bitcoin and Gold ETF’s – both are dollar based. Buying either in Rands at the current ROE is probably buying at the top end. Better to wait for the Rand to stabilize against the dollar and get a better price for either.
Bringing back the gold standard might be a good idea for Europe and the BRICS countries….not so good for the US who seemed to have depleted most of their gold reserves. Might bring back some balance to other world currencies as the dollar value is so artificially inflated at the moment when you look at the USA’s ballooning deficit.

Bitcoin is NOT dollar based LMAO

I find these incredibly underrated investment products and I wish they would add it to the TFSA basket of ETF’s.

NewGold 5yr return is sitting at around 115%.

Even better that that is a Newgold CFD. (grin). Not a good time to buy now, probably close to a local top, but after a good pull back, its time to fill ya boots….

I own a bit of gold but I must say that even though this precious metal has created so much wealth for people over generations, it isn’t immune to falling out of favour because it isn’t of much use to humans beyond a few industrial applications. For the most part gold is a bragging mineral. Platinum/Palladium are more meaningful if you ask me. The sentimental value of these minerals goes hand in hand with their industrial applications. As such the prices of those metals will remain high far beyond periods of low interest rates.

Who’s the REAL OWNER of the gold on the Aba NewGold ETF, the investor or a trust?

The physical gold is held by a trust on behalf of the issuing company (an SPV). Investors purchase a debenture of the SPV, which is insolvency remote from the relevant bank i.e. if Absa or Standard Bank go insolvent, it has no impact of these investments.
The value of the debenture references the gold price. Investors who are allowed to hold physical gold may redeem their debentures and take delivery of physical gold if they wish.

Thanks for the informative reply.