Citywire looks at the local funds with the highest epense ratios.
By Patrick Cairns, Citywire 10 Nov 2020  12:00 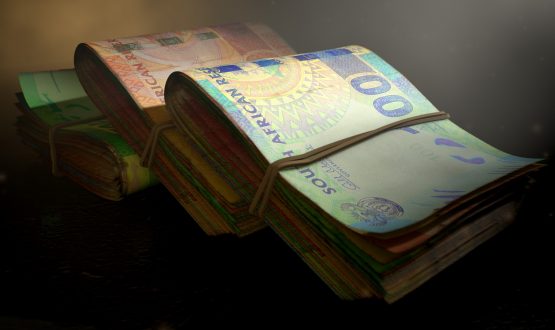 Excluding money market funds, the median expense ratio for South African unit trusts is 1.44%. The mean fund, according to data from Morningstar, charges 1.43%.

According to the latest Morningstar Global Investor Experience report, this makes unit trust fees in South Africa ‘average’ by global standards. They are certainly lower than Taiwan, for instance, where the average equity fund charges 2.05%. But they are noticeably higher than Australia, where investors can access the average equity fund for 1.23%.

There are 14 unit trusts in South Africa charging more than double the average fee. They are listed in the table below.

Half of them are smaller than R50m, and five do not have even R20m in assets under management. This lack of scale will have an impact, although it should be noted that there are some equally small funds with below average expense ratios.It is noticeable that these are all relatively small funds. The 36ONE BCI Equity fund is the largest, at R2.1bn.

Looking at the performance of these funds to the end of October, four of them show negative returns for every period up to five years. The highest annualised five-year return of any fund in this group is 6.2%.

As the largest fund in this list, the 36ONE BCI Equity fund will draw particular interest. It also stands out for the fact that it is the top-performing local equity fund over the past year, and in the top three in its category for every period up to five years.

Its above average expense ratio is entirely due to the performance fee earned over the last year and a half. The annual management fee on the fund is 1.15%, but it charges 20.0% of any out-performance of its benchmark over a rolling one year period, capped at 2.0%.

Two years ago, when the fund was only marginally out-performing its benchmark, its total expense ratio was 1.46% – in-line with the local average. Substantial out-performance over the past 18 months has, however, driven its performance fee to its limit.

The second largest fund on the list – the Warwick BCI International fund of funds – does not charge a performance fee. And according to its latest available fact sheet (to the end of September), its total expense ratio is even higher than the figure recorded by Morningstar. It sits at 4.46%.

Its annual management fee, however, is only 1.15%.

It is also noticeable that all four of the portfolios managed by CS Asset Management make it onto this list. For all of them, the annual management fee is 1.90%.

Stick with Gryphon and Sygnia, go direct avoid third party platform charges, low fees & top performance. I must admit the TER disclosure of these funds is at times confusing and when platforms aggregate and look to create a list to compare the funds it gets even more confusing, anyway one should take care when comparing a TER of a stand alone to a fund of fund. Also some of these Feeder Funds may or may not be expensive as there is a fee at the local and foreign level. I thought ASISA and Co was going to sort out disclosure so one could easily compare funds with each other

It blows my mind how Warwick can continue to attract assets. Those high fees don’t correlate with performance. It does however help them buy other planner/advisory businesses (usually older planners) at multiples of 10-12x, then churn the clients into their expensive funds.

You go to wonder, does the planner selling his business disclose that he is switching clients funds because he has an economic incentive to do so?

What Warwick does is surely not Treating customers fairly? Getting Advisors to sell their books and then putting the poor client in 4%+ funds to pay these PE ratios? Is this allowed by the regulator? Patrick – good article. Exposing Warwick.

Interesting, would help if you also provide benchmarks, net performance and performance vs peers. This will help in understanding whether the higher fees are worth the risk.

You can check yourself:
https://stanlib.everlytic.net/users/assets/440/attachments/94194/Weekly_Performance_Update_2020_10_29.pdf

The author has been notified that an error in the comparison has been made. He tried to correct this in the last paragraph. Note that CS Asset Management Class A is an All in Class fee. This means that Lisp and Advisor fee of 0.5% (excluding VAT) are included. If cost comparison is to be made with other funds, CS Asset Management Class C must be used. CSAM Fund Manager.

Why are fees based on assets instead of professional skill? Is it 1000 times harder to manage a 5 billion fund than a 5 million fund? The fees are a 1000 times more. Do you pay your dentist based on your net worth?

In a world of low yield (around 3% in non speculative dollar assets is right now attractive) investments, it is entirely insane to pay ⅔ of the yield in fees.

Looks like Warwick charges these fees to their ‘unsuspecting’ clients? Client could have 40% more money on retirement had he not gone into these funds. Criminal.

True, but I know of some other large(r) firms who has the same problem: Terrible returns and elevated fees. So why not take an annuity example and see the effect of return + fees of these funds.

This article is really poor/lazy in that regard. I don’t want to take the time to go search for returns of each of these funds.

A very simple measure – to my mind, which is also simple – should be available to all prospective investors. It clearly is not and will never be – that is because the smoke and mirror game will be exposed. That measure should be to tell me, the investor, that if R100 left my bank account at the beginning of an accounting period, there would have been Rxxx at the end of the period had I invested with them. That is their past performance which cannot be guaranteed, but an indicator nevertheless. They could in this manner show me the consistency of performance to attract me to back them – or not. I do not give a fig about this fee, and that fee, and that charge, and which platform it comes from. That is all part of the smoke and mirrors – not interested. Can someone explain – maybe one of the journalists – if such information can be calculated and presented to prospective investors. That to my mind would be comparing apples with apples. Money (cash) out of my account on day 1 and cash back into my account on day 365 had I liquidated the investment. That would tell me exactly how much I earned. Possible? Not possible? The common denominator here is the cash unit and anything happening in between is of no interest to me. Will that ever happen? Doubt it.