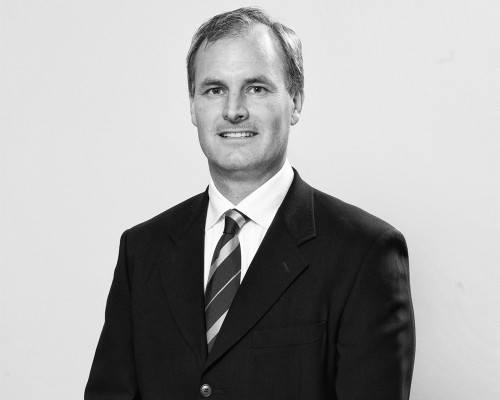 Led by the likes of John Bogle at Vanguard – who is widely considered the godfather of passive investing, index trackers in the US have begun to outstrip the growth of traditional mutual funds (unit trusts). And they seem to be cottoning on fast in South Africa too, having only established a presence in the last 14 years.

Iain Anderson, Portfolio Manager at Sygnia Asset Management, describes just how fast this growth is occurring with reference to their own business. “We have seen a massive increase in the interest in our Skeleton Range of Funds; from both retail and institutional investors. For example, two years ago, we aimed to have R100 million invested in our newly launched Skeleton funds by the end of the year. Today, we have over R7 billion in index strategies – so the demand has been tremendous.”

Many factors appear to have contributed to the growth. Anderson believes one of the lesser known, but equally important developments has been the construction of the Shareholder Weighted Indices (SWIX). “Prior to 2002, a large part of the initial resistance to index tracking in South Africa centered on the appropriateness of the prevailing index.  The main index available at the time was the JSE All-Share Index (ALSI) which did not have any liquidity, free-float, or shareholder restrictions (it also did not include dividends).  It was also highly weighted to resource shares (50%). This made investors question whether it was suitable to be used as a reflection of the market as a whole – either by passive investors or as a benchmark for active managers,” says Anderson.

The SWIX indices use the same constituents of the ALSI as its initial starting point, which has a liquidity and free float screen already applied. But, an important further filter is also applied – only those shares listed on the South African share register and owned by South African investors in dematerialised form are included. Therefore, any shares listed on a foreign exchange are excluded from the calculation. The result is an index that is reflective of exactly what a local investment manager “can get their hands on” in terms of the shares available in the market.

“This lead to a dramatic increase in the demand for passive products, which has now moved beyond interest in equity specific passive investments (based on the Top40 or Swix indices) to interest in multi-asset class funds, where the underlying asset classes are managed on a passive basis,” says Anderson.

Sygnia uses the building blocks provided by passive products to actively allocate across asset classes in its range of multi-asset class Skeleton Funds. “The majority of the underlying asset classes are managed on a passive basis.  Where it does not make sense to manage a particular asset class passively, for example, with money market and global bonds, the asset class is managed on an active management basis,” says Anderson.

The asset allocation of these funds will therefore vary over time. Anderson explains: “Each fund has a long-term strategic asset allocation in order to meet its investment objectives, however tactical asset allocation decisions are made by the investment team as and when required, in order to effectively manage the risk allocation budget of each product.” This entails the team evaluating what is happening on a global macro level and then removing or adding risk by shifting the balance between international and local equities, bonds, listed property, and cash.

Passive investing has also been receiving tacit endorsement from the government, with National Treasury encouraging the use of low cost passive investment products by retirement funds (see their 2013 paper “Charges in South African Retirement Funds”). “The recent budget speech also included a statement by National Treasury that one of their objectives is to enable greater use of passive funds by retirement funds, which is a massive endorsement for the use of funds such as ours,” says Anderson.

Trustees of pension funds are also seeing the advantages of using passive alternatives. Anderson says, “Trustees sit in meetings with asset consultants and hear conflicting strategies. One expert comes in and suggests getting out of resources and into financials. Another one comes along and advises the opposite. The costs of switching are expensive, so trustees are now seeing the light of avoiding the transaction fees associated with churning the portfolio and the higher charges associated with active managers.” So less might indeed be more.

All of this has made the simplicity and ease of using passive investments all the more attractive, something which is not lost on investors