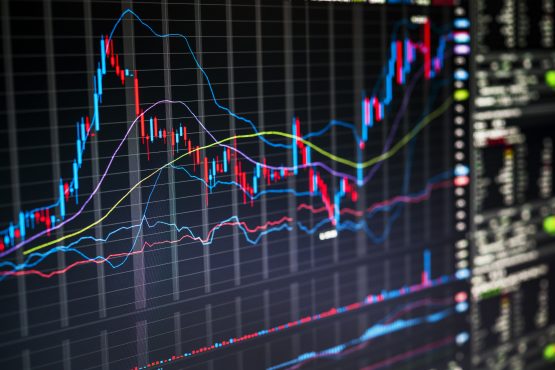 This analysis shows how critical stock selection is in a small investment universe such as the local market. Image: AdobeStock

A recent Moneyweb analysis showed that investing R100 000 in the country’s largest equity funds in November 2016 would have yielded vastly divergent results.

Read: What R100k in SA’s biggest equity funds five years ago is worth today

This may not seem like much in absolute terms, but what if that lump sum was R1 million? This would equate to the difference between R2.4 million and R1.2 million. That gets people’s attention!

The original exercise considered only equity unit trusts with more than R10 billion in assets under management as per Association for Savings and Investment South Africa (Asisa) data to end of June 2021. But what if we considered all the funds?

The value of retrospection

Critics will point to the fact that this exercise is backward-looking and of no use to any investor now.

That may be true, but what this analysis does prove is that returns over a relatively short time horizon (five years is not a long time) can be heavily influenced by cyclicality within and between sectors.

The rand-dollar exchange rate over the specific period will also be a determining factor; if the rand has weakened over the five years, there will be a boost to the performance of overseas assets (and vice versa).

Over the five years from November 30, 2016, the rand is 15.5% weaker against the dollar. Put simply, any money invested in the US therefore ought to have at least yielded a return of this amount. Anything less means the return in the underlying asset(s) would’ve been negative. Yet there are multiple rand-denominated global equity funds that have vastly underperformed even the hard currency return.

What the top funds have in common

There are some obvious commonalities among the best-performing funds over the last five years.

Most resources or commodity funds performed well, as did any funds focused on US blue chip technology stocks (or even the US market in general, given how dominant this sector has become).

Like Emperor’s fund, there are others in the top-performers that have benefitted from stock selection (Emperor is overweight IT and communication services, which together comprise two-thirds of the fund’s holdings. For the Anchor BCI Global Equity Feeder Fund, the allocation to these two sectors totals 54%.) Much of the Emperor and Anchor funds’ outperformance has come over the last 18 months, i.e. since the onset of the Covid-19 pandemic.

There are two index trackers (as well as a so-called ‘dynamically-managed passive fund’) in the top 10.

While there are four resources/commodity funds in the top 10, there are divergent performances between the funds.

At the other end of the scale, funds focused on local financial stocks have drastically underperformed over the last five years.

The Satrix FINI ETF delivered a return of 13%, which shows just how poorly both the Sanlam Investment Management Financial Fund (4%) and Coronation Financial Fund (3%) have performed.

By contrast, the Nedgroup Investments Financials Fund (managed by Denker Capital) delivered a return of 24%, which is just above inflation (at about 23%) in the period. The return on the other financials fund in SA, the Momentum Financials Fund, is 17% over the last five years.

Both this and the starkly different performances of resources funds once again illustrates how critical stock selection is in a small investment universe such as the local market. When focusing on a specific sector and therefore an even smaller universe, these choices could end up having an outsized impact.

This also shows the risk in investing in a specific sector, especially as a primary investment strategy.

As in the previous exercise which focused the country’s largest funds, the difference between a hypothetical R100 000 lump sum and the value of that investment in a fund today may not seem that material.

But suppose that lump sum was R1 million … suddenly the difference between R3.6 million and R2.6 million – or, worse, R1.07 million – is very material indeed.

Of concern is that of the 993 funds available in SA that have a track record of five years, only 101 delivered a return that was above the local Top 40 index (various Top 40 tracker/passive funds available in the market delivered returns of about 69-70% over the last five years). One might describe these odds as ‘not great’. Of the 101, only 19 were not offshore funds (and this includes six of the seven available resources funds).

With an ever-increasing amount of choice in local funds – there are over 1 400 funds, according to FundsData – fund selection is arguably more important than ever. And for the average investor, knowing what investment strategy is being followed and exactly what you’re invested in is crucial. This is probably not something one should simply ‘outsource’ and ignore.

Update: An earlier version of this article included the BCI Multikor Moderate Fund of Funds and the Imalivest Sanlam Collective Investments WW Equity Fund in the five-year performance table due to a data error. These two funds have been in existence for less than five years and therefore should not have a TRI figure.

Ouch. People need to stop giving their hard earned cash to “professionals” fund managers (leaches).
If you take that money and you bought crypto- you could have made millions of rands…

You where so close, then you lost it at the end.