Will banks be forced to sharpen up?

Coming legislation is raising expectations that the way interest rates are advertised will be under scrutiny.
By Patrick Cairns 12 Dec 2018  00:21 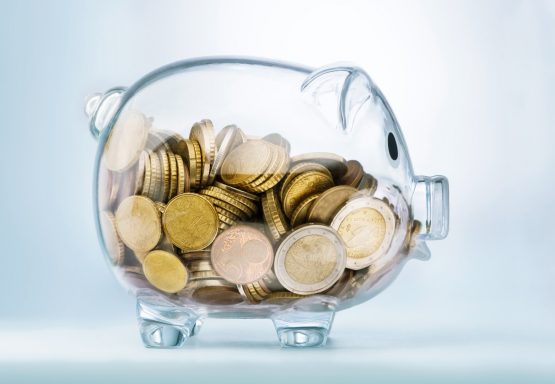 A draft bill released for comment on Tuesday is seen an 'early Christmas present' for consumers who are at risk of being hoodwinked by banks making ambiguous claims. Picture: Shutterstock

In the last few months two local banks have been criticised for the way they have marketed fixed term products. First it was Absa’s 13% offer on a five-year fixed deposit, followed more recently by the 15.5% on a ‘fixed term interest bearing note’ being promoted by Finbond.

In both instances, these banks were advertising what they called an ‘effective rate’. This is, however, a problematic measure.

The primary issue is that these effective rates are backward looking. They are calculated by taking the total that would be earned by the end of an investment, and then working backwards to express that as a percentage of growth on the initial capital.

From that point, however, the investor who reinvests their interest starts earning the 10% on a higher capital amount. Hence they receive more each month, even though the rate of interest that is being paid remains the same.

However, if you start at the end and work backwards, you can make it seem otherwise. This is what these banks have done. The table below shows how this reverse engineering happens. In this example, an ‘effective rate’ could be advertised as 10.21%.

Interest is not, however, retrospective, which is why this ‘effective rate’ has been criticised as not being a recognised measure of return. This is essentially what makes this practice such a problem. As this ‘effective rate’ is not a standard measure, it makes comparisons with other products difficult.

A bank offering a fixed term interest rate can calculate an end total in advance because it’s possible to determine the outcome from the beginning. Certain structured products have also fallen into the same trap if they guarantee a certain percentage return.

This is not, however, possible with other investments. They have to be evaluated on the actual return received. Their annual return is therefore expressed on an annualised, compounded basis.

The table below shows an example of the Allan Gray Equity Fund, using figures from Morningstar, to illustrate the difference:

The important thing to note is that 7.24% multiplied by five does not give you 41.82%. That is because this return has been compounded. There is no way that Allan Gray could credibly claim that it had delivered an ‘effective return’ over this period of 8.36% per year (which is the total return divided by five). The industry would find this outrageous.

So why are banks allowed to get away with this practice?

The answer may be that, until now, banks have been regulated separately from the rest of the financial services industry. In the new ‘twin peaks’ dispensation, however, this is going to change.

The draft Conduct of Financial Institutions (CoFI) bill released for comment by National Treasury on Tuesday is, as one industry insider put it, an ‘early Christmas present’ for consumers in this regard. Once this legislation is enacted, banks will be subject to exactly the same conduct requirements as everyone else in this industry.

This includes how it markets its products. The bill has an entire section dedicated to exactly this, the crux of which is that:

‘A financial institution must ensure that financial products and financial services are promoted and marketed to financial customers in a way that is clear, fair, unambiguous and not misleading.’

One of the specific provisions this incorporates is that:

‘Promotional and marketing material must use clear, plain and unambiguous language, and take into account the needs and reasonably assumed level of knowledge of the retail financial customers to whom it is targeted.’

It could be argued that banks advertising ‘effective rates’ fail to meet these requirements in two respects. The first is that using two different rates to promote the same product is clearly ambiguous. It is inherently confusing.

The second is that most consumers do not fully appreciate the difference. It cannot be assumed that the ordinary person’s level of knowledge qualifies them to understand what these rates actually represent.

In the new era of treating customers fairly, the Financial Sector Conduct Authority (FSCA, previously the FSB) will be expected to ensure that these provisions are adhered to. Banks and their fixed term products may well be first to be dealt with.

It’s not just about interest rates – it should be on on financial products and financial engineering – FICA clearly failed to stop the SA rot!

Naked Gold options should be banned due to the turmoil and destruction that it created in the mining industry in South Africa, since 20000.
Investec, AIG and Hypo Munich sold naked gold options to South Deep in 2001 (via a total novice like Brett Kebble).
Western Areas shareholders lost billions as its gold had to be sold at dirt cheap prices (and not the prevailing gold price at the time), from late 2001 until the completion of the Gold Fields takeover in 2007. The repercussions of this toxic naked option methinks gave birth to ‘’Investec-gate’’ and ‘’Kebble-gate’’ sage.
Naked Call option can be disastrous if the price rises significantly, which it did. Bankers normally don’t allow these structures without stop loss orders, as the eventual losses can be infinite.
Gold Fields, methinks bought this toxic Western Areas hedge book (without the necessary due diligence), and to date paid the ‘’price’’ as well. Thousands of mineworkers are currently been affected by the closure/sale of South Deep – Investec methinks will also soon be in a position where their shenanigans to keep JCI liquid, will be under legal scrutiny.